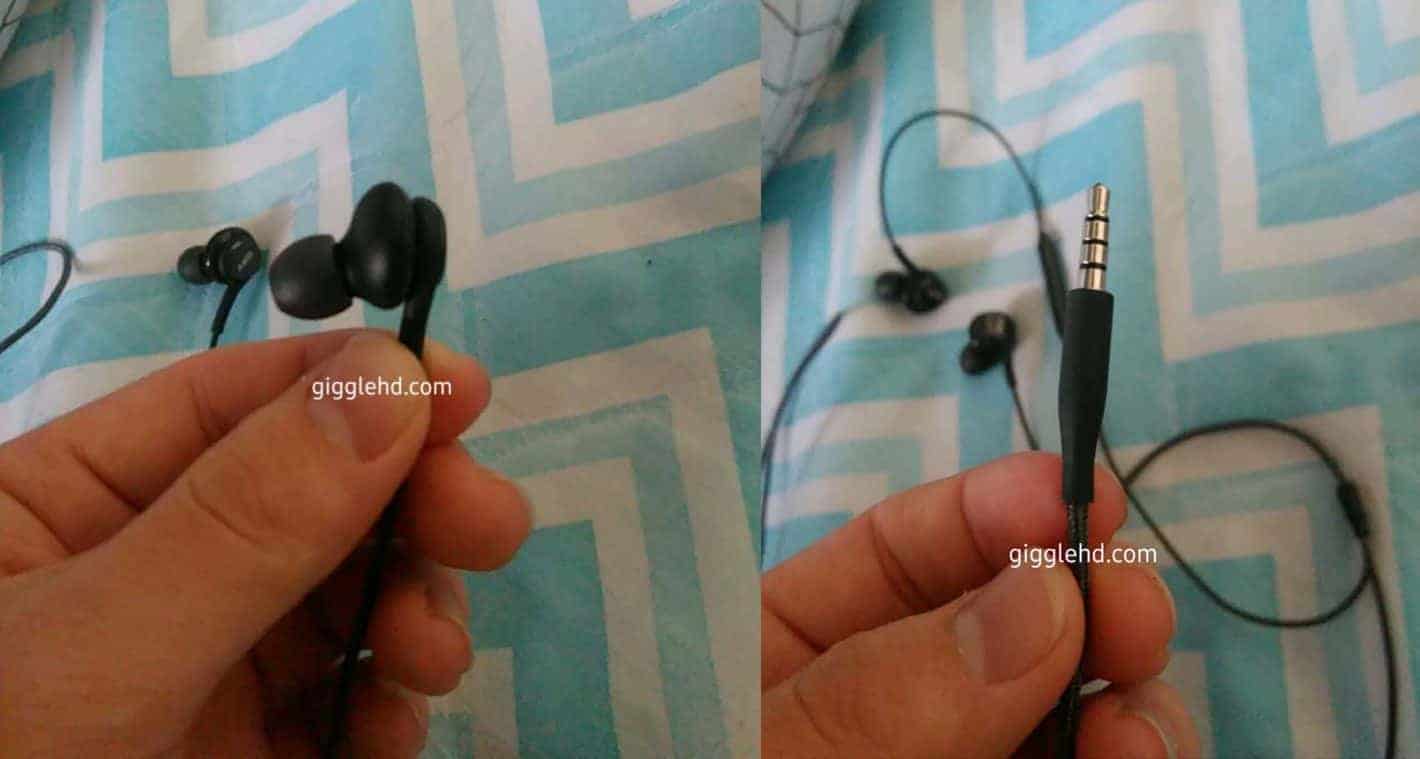 Several new images depicting the AKG earphones that are said to come bundled with the Galaxy S8 and the Galaxy S8 Plus have been leaked online. The new real-life pictures of the device surfaced shortly after two sets of similar leaks emerged on the World Wide Web. Just like the previous leaks, the new images show a relatively stylish pair of earphones in black that feature a braided cable. The latter is particularly interesting in light of the fact that Samsung previously bundled its flagship devices with earphones that featured a plastic cable. Naturally, it's currently impossible to tell what level of audio quality these earphones will offer, but given how they're made by a well-known audio company, consumers can likely expect a better experience compared to previous devices Samsung bundled with its Android handsets. The newly leaked images of the AKG earphones that will ship with the Galaxy S8 and the Galaxy S8 Plus can be seen below.

According to numerous reports that have been emerging for months now, the Galaxy S8 and the Galaxy S8 Plus will feature a 5.8-inch and a 6.2-inch screen, respectively. Since both devices will boast rounded display corners, their actual screen sizes are expected to be somewhat smaller, though not by much. Furthermore, both handsets are said to ship with either the Qualcomm Snapdragon 835 or the Exynos 8895 system-on-chip (SoC) depending on the territory, in addition to 4GB of RAM and at least 64GB of storage space. Just like the Galaxy S7 and the Galaxy S7 Edge, Samsung's upcoming pair of flagships will likely feature IP68 certification as it will be resistant to water and dust particles. Both handsets are also expected to sport an improved version of the iris scanner that Samsung initially debuted on the Galaxy Note 7 last year. Finally, the Seoul-based consumer electronics manufacturer confirmed that it equipped the Galaxy S8 with Bixby, its new voice-enabled AI assistant.

Samsung previously said it will announce its first 2017 flagship at a special New York City event scheduled for March 29. Given that teaser, more information on both variants of the Galaxy S8 will certainly follow soon.