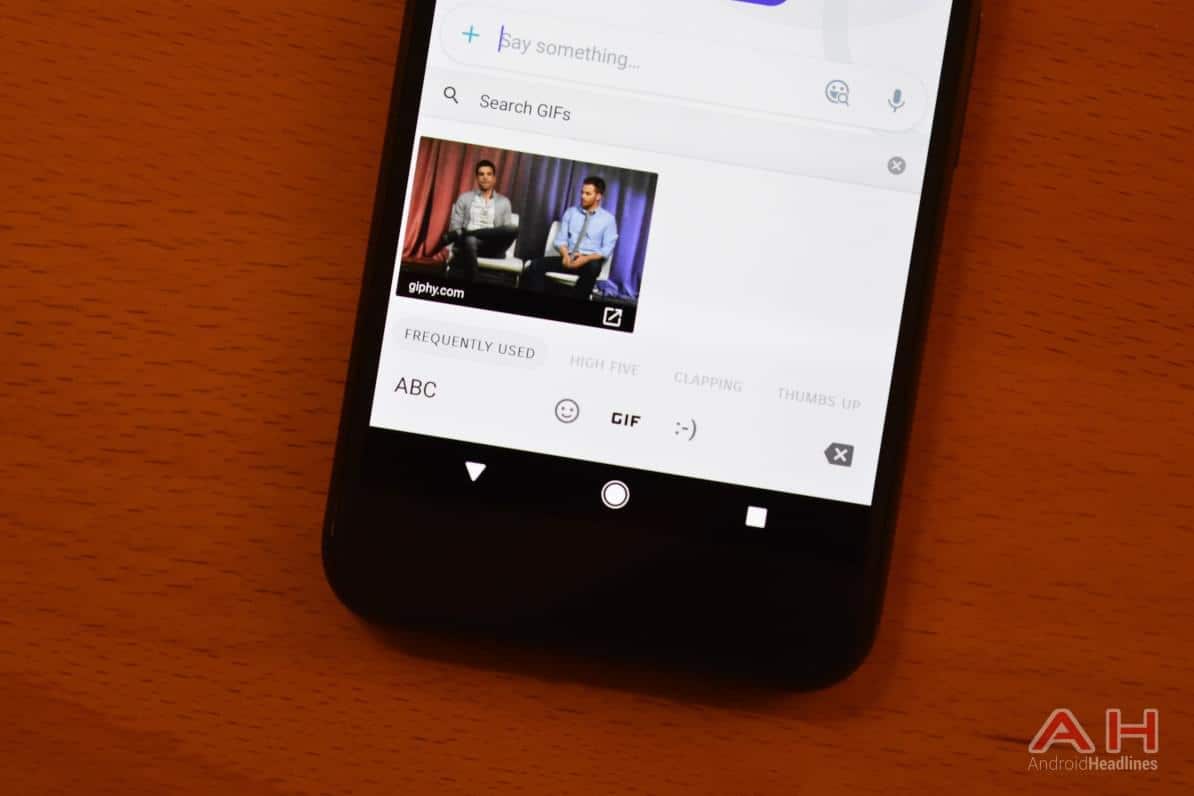 The latest Gboard beta update ships with a GIF suggestions system, doodles, and a completely redesigned voice typing user interface, users have uncovered. Some new additions included with the update version 6.1 were already discovered last week, but a new inspection of Google's keyboard app revealed several new features. One of the most prominent changes in comparison to the previous iteration of the app is the inclusion of a new GIF suggestions system. Google's Android keyboard boasted support for GIFs since it was rebranded last year, but the app is now also capable of displaying GIFs in its suggestions bar. Furthermore, opening the in-app search now displays a topical Google Doodle just like opening Google Search does.

Finally, the Mountain View-based tech giant seemingly did a complete overhaul of Gboard's voice typing interface that now behaves quite a bit differently than its predecessor. If you tap the microphone icon in Gboard 6.1, you'll be able to dictate text to the app while still having access to your digital keyboard. Previous versions of Google's Android keyboard had a less elegant way of transitioning to the voice typing interface as they'd have played an animation that would minimize the actual keyboard and bring up a card denoting that the app is now accepting voice-enabled input. Many non-flagship smartphones occasionally had issues with playing this animation that would sometimes stutter or perform poorly in other ways and Google's new solution was designed to iron out that problem. Even if your device was able to play the animation without any issues, the new interface is still faster to come up. Furthermore, dismissing the voice-enabled interface is now as simple as tapping anywhere on the keyboard. It's a minor change, but one that should significantly improve the user experience of people who often dictate text.

All of the aforementioned changes are still in beta, though it shouldn't be long before Google adds them to a new stable build of Gboard. In the meantime, you can try out the new features by downloading the latest beta build of the app from the link below or refer to the gallery beneath it to see some screenshots from Gboard 6.1.