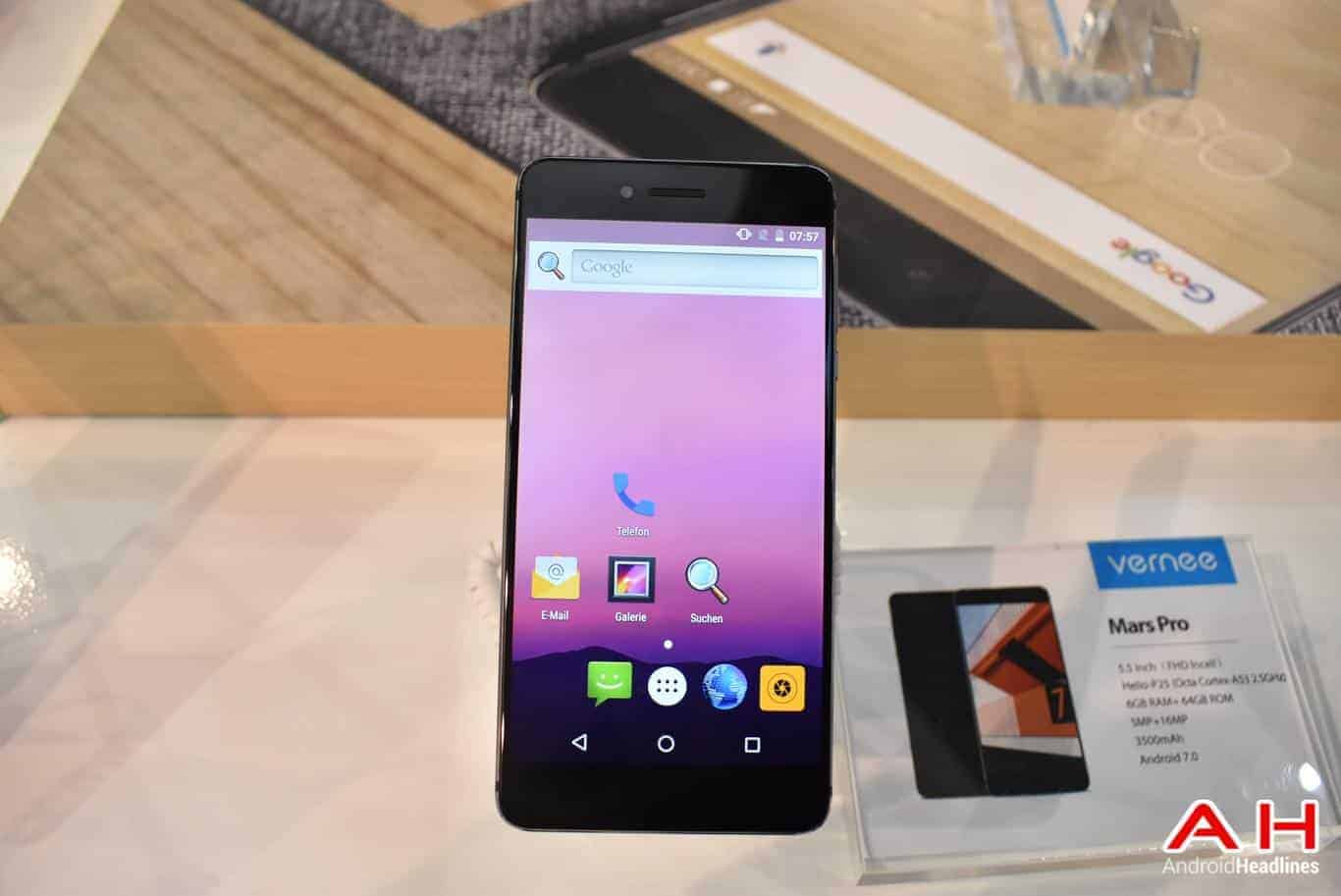 The Vernee Mars Pro is one of the devices Vernee introduced at the Mobile World Congress (MWC) 2017 in Barcelona. This smartphone actually looks identical to the Vernee Mars that we've reviewed last year, though it's an upgrade over that device, of course. We did not get to use this device for long just yet, but we did get to play around with it in Barcelona for a little bit, and if you'd like to check out those hands-on images, you can do that by taking a look at the gallery down below.

That being said, the Vernee Mars Pro really does look quite sleek, it's made out of metal, and considering that its display is almost edge-to-edge, it looks really interesting. Speaking of the display, this phone has a 5.5-inch fullHD (1920 x 1080) panel which comes with a curved 2.5D glass on top of it. The Vernee Mars Pro comes with on-screen buttons, and all of its physical keys can be found on the right, power / lock, volume up and volume down buttons. That being said, something else is placed on the right-hand side of this smartphone, right below the power / lock key… a fingerprint scanner. That's right, this device comes with a side-facing fingerprint scanner, just like the Sony Xperia XZ.

The Vernee Mars Pro is fueled by the Helio P25 64-bit octa-core processor, which is a mid-range SoC by MediaTek. The device packs in 6GB of RAM and 64GB of native storage, while Android 7.0 Nougat comes pre-installed on it. Quick charging is also included here, and that's pretty much all the spec info that we have when it comes to this phone, Vernee did not share its full spec sheet. Compared to the Vernee Mars, this device comes with a more powerful SoC, more RAM and more memory, while the display remains the same. It is possible that Vernee decided to upgrade camera sensors on the Vernee Mars Pro, but we cannot say for sure, because as already mentioned, the company did not share all the info just yet. The Vernee Mars Pro is expected to become available in the coming weeks / months, we'll let you know as soon as it happens. Until then, you can purchase the Vernee Mars if you'd like to get a slightly inferior device, with the same design.