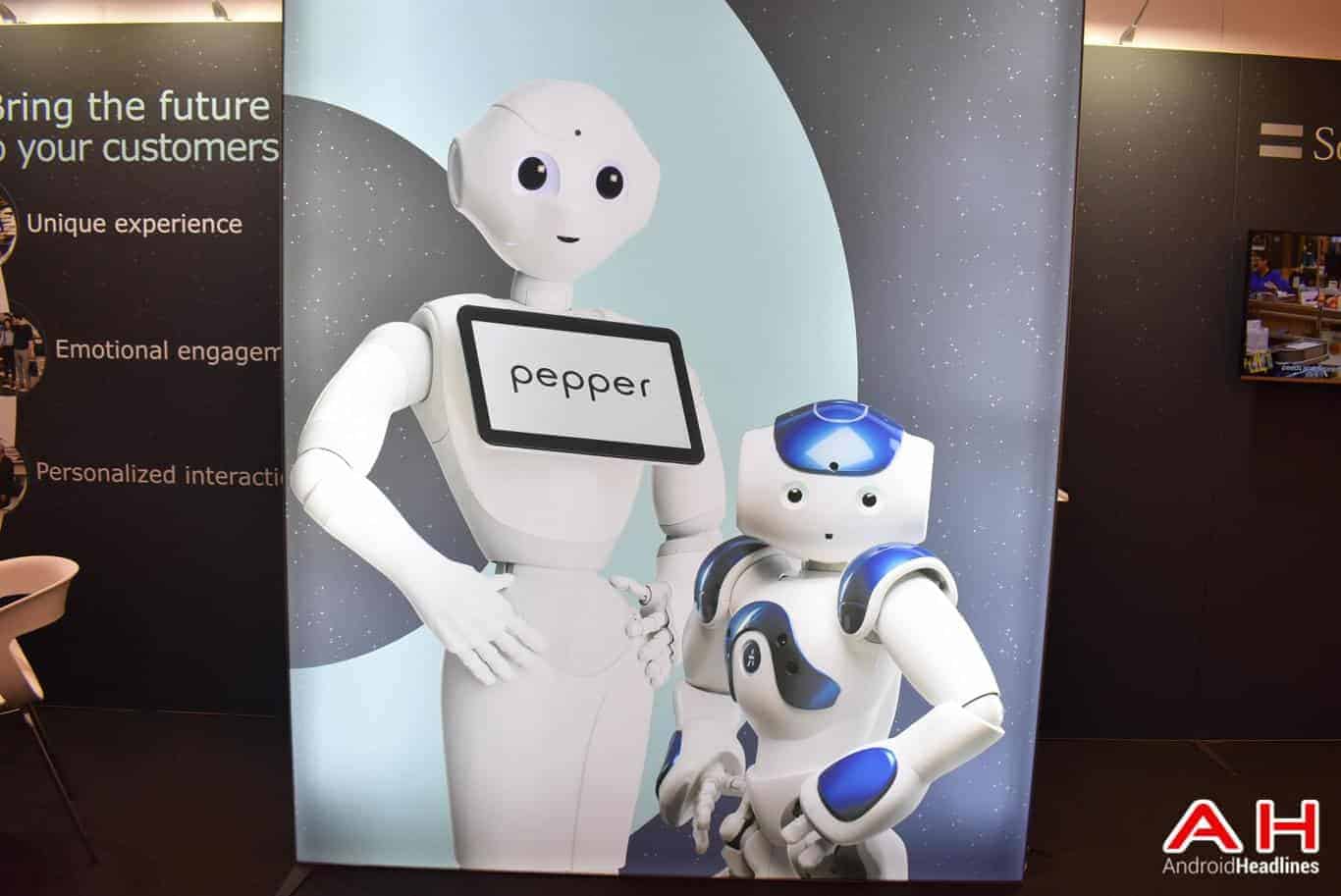 Robots seem to be the next big thing for electronics makers and tech companies, with LG announcing a slew of robots at CES in January, and SoftBank showing off Pepper, their own robot. Although Pepper isn't actually a new robot. Pepper has been around for a few years, and it's part of the Robotics division at SoftBank. Pepper has even been waiting tables at some Pizza Hut locations in Japan – SoftBank's homeland. SoftBank Robotics brought Pepper the Robot to Barcelona to show it off to the public, and of course, many people were pretty impressed by this robot, as you'd expect.

Pepper has done more than just wait tables though, Pepper has also been helping with customer service in select stores. In fact, a report that surfaced back in January showed that Pepper was helping increase sales at brick-and-mortar stores. This is likely because employing a robot to ask questions is much easier and cheaper than employing a human, or humans. Of course this means that jobs are being taken away, but robots have been taking jobs away from humans for years (just look at many of the factories around the world) so that's not a big surprise.

SoftBank's Pepper has also been seen working in airports, helping out passengers find where they need to go. And this is something that LG has also been doing with their line of robots. In fact, their airport robot is available at the airport in Seoul, South Korea, to help passengers get to their gate, find check in and much more. Pepper hasn't changed a whole lot over the past few years, at least in its looks, but it has gotten smarter, and easier to build with materials becoming cheaper. SoftBank is selling Pepper to some companies, although their sale page is all in Japanese (despite them actually having these robots in some stores in California). You can see how Pepper works through the gallery below, Pepper is a pretty fun robot to hang out with and chat a bit. Of course, Pepper can answer just about any question you might have, as well.