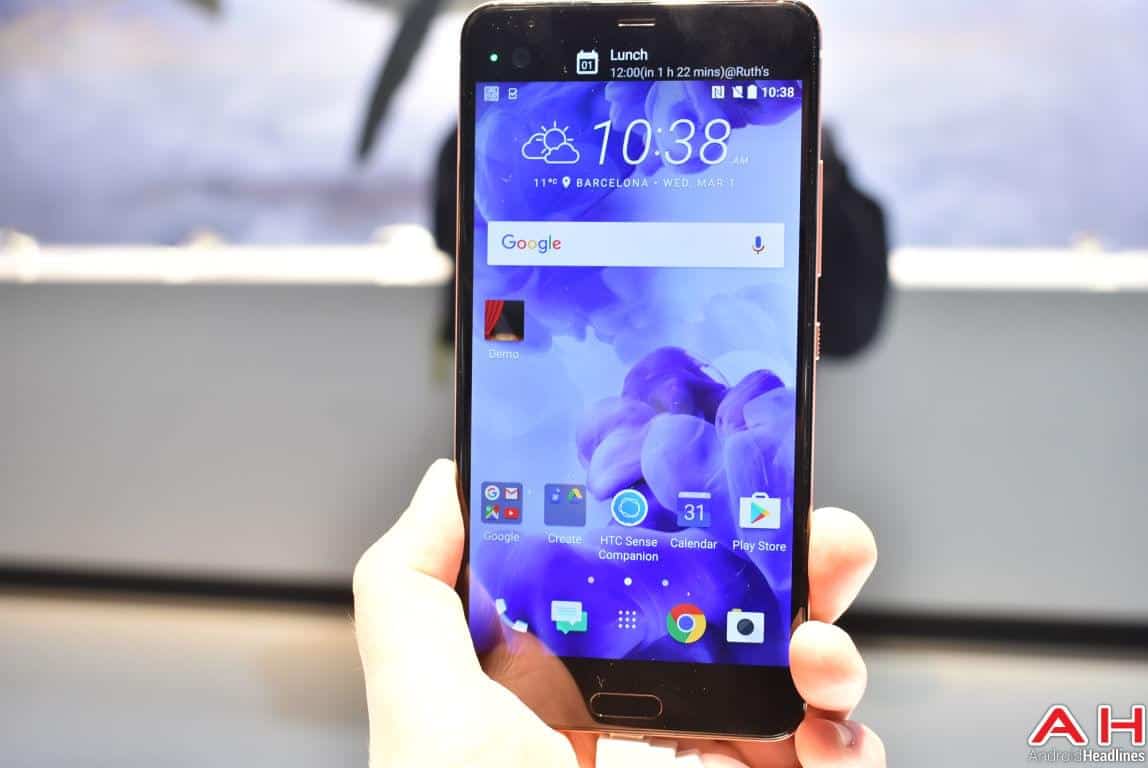 In terms of the design, there are two specific points to pick up on. First off, this is an all-glass device and one which comes with a finish that is extremely shiny, to say the least. The other notable aspect of the design is on the other side of the smartphone, the front. As the HTC U Ultra adopts a two display design. While you have the main 5.7-inch QHD display, there is also a secondary display which measures 2-inches. In a similar vein to the LG V20, the HTC U Ultra's secondary display is designed to provide you with quick access to notifications, faster access to select apps, and so on. If you are familiar with the way in which this works on the V20, then this is a very similar expereince.

Moving past the actual design, the specs on offer here are pretty much in line with a number of current flagship smartphones. So for instance, the HTC U Ultra comes loaded with 4GB RAM and is powered by the Qualcomm Snapdragon 821 processor. Cameras comes in the form of a 12-megapixel rear camera and a 16-megapixel front-facing camera. This is a device that is powered by a 3,000 mAh battery and comes running on Android 7.0 (Nougat) out of the box. Although, as is the case with most HTC smartphone, you should expect this to be a more HTC-skinned version of Android. The HTC U Ultra is expected to become available in two different storage variants (64GB and 128GB), although both versions do come with the ability to expand the storage, via the included microSD card slot. You can take a more in-depth look at the HTC U Ultra by checking out our hands-on images below.

Advertisement
Trusted By Millions
Independent, Expert Android News You Can Trust, Since 2010
Publishing More Android Than Anyone Else
5
Today
51
This Week
51
This Month
3224
This Year
104703
All Time
Advertisement