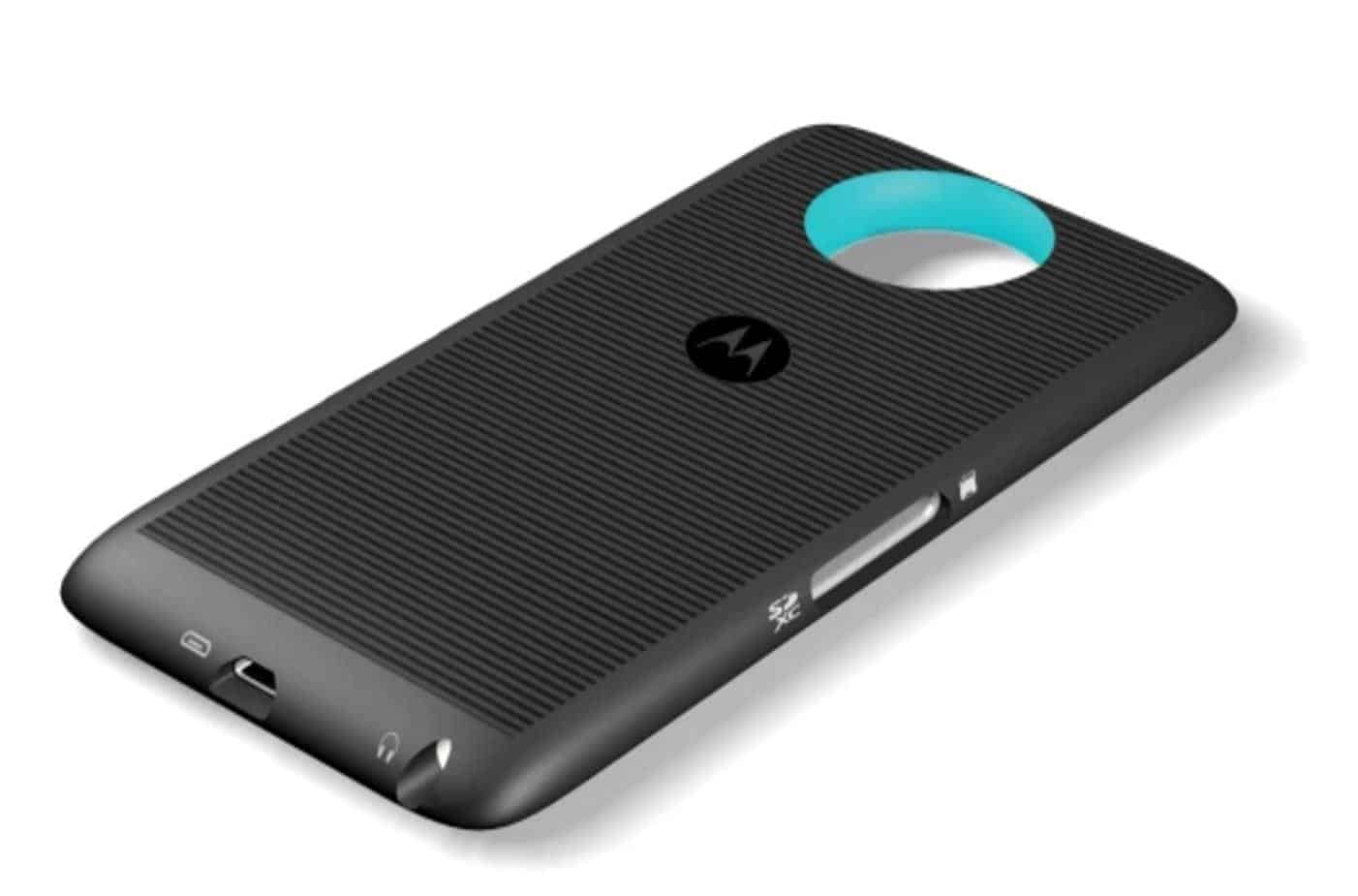 Moto Z – The Storage Mod is the name of the latest Moto Mod that's meant to provide owners of the Moto Z devices with a universal option for significantly extending the battery life of their handsets while also equipping them with a range of useful features. The Storage Mod ships with a 2,800mAh battery with wireless charging support and also features a headphone jack, a microSD card slot, and a 3.5mm audio jack. Additionally, the smartphone accessory boasts USB-A, USB-C, micro USB, and HDMI ports, the Indiegogo listing reveals. Finally, The Storage Mod is equipped with an IR blaster allowing your compatible smartphone to function as a TV remote control.

The battery of the device supports the Qi wireless charging standard, meaning it should be compatible with a vast majority of contemporary wireless chargers. The Storage Mod will be offered in 32GB, 64GB, 128GB, and 256GB variants, with prices starting at $189 for early Indiegogo backers. The 64GB model is priced at $219, while the 128GB version will set you back $249 if you choose to pre-order The Storage Mod by pledging to its crowdfunding campaign. Finally, the most expensive, 256GB variant of the accessory is available on Indiegogo for $289. The crowdfunding campaign for The Storage Mod was launched by an Indian entrepreneur Shubham Ahirekar who's looking for $7,000 to develop the accessory. The campaign only started earlier today and will try to reach its flexible funding goal over the course of the next two months.

As expected, The Storage Mod is compatible with the Moto Z, Moto Z Force, Moto Z Play, and the Moto Z Droid. This third-party Moto Mod that was initially created to compete in the Transform the Smartphone Challenge will likely start shipping to backers in June, its Indiegogo page reveals. Ahirekar said he already has a working prototype of the device and has launched the crowdfunding campaign in order to raise enough funds to get in touch with Moto and obtain all of the necessary certificates for the accessory. Refer to the gallery below to see some renders of The Storage Mod for the Moto Z lineup or follow the source link beneath it if you want to pledge to its Indiegogo campaign.