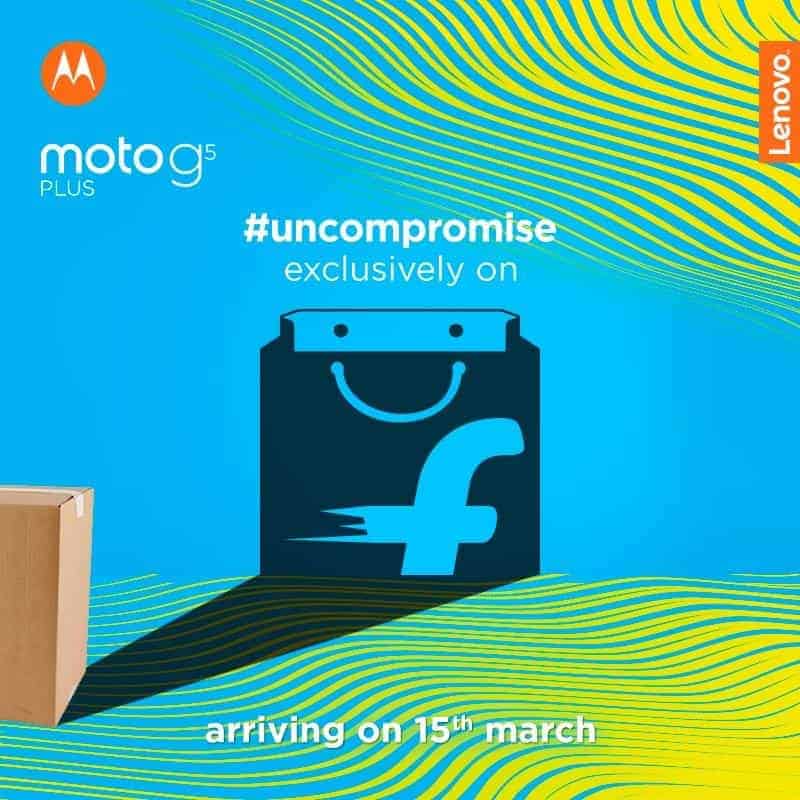 The Moto G5 Plus handset will be a Flipkart exclusive at launch, which means Indian consumers will have only one option when it comes to purchasing the Moto G5 Plus in India, at least at launch, as other retailers will probably get access to the phone later on. Both Flipkart and Moto India confirmed the news via Twitter, while the company also added that the phone will become available on February 15th, in case you were wondering.

Flipkart did not, however, mention how much will the device cost. Now, for comparison's sake, the base model of the Moto G5 Plus with 2GB of RAM costs $299 in the US, while the 4GB RAM model is priced at $295. That being said, you can expect similar pricing in India as well, though there's slight possibility that the phone will be a bit more expensive in India. Flipkart did not mention the Moto G5, however, even though the retailer will probably sell that phone as well, but the Moto G5 probably won't be exclusive to Flipkart. That being said, these two budget smartphones were introduced during this year's Mobile World Congress (MWC) in Barcelona which wrapped up recently. The Moto G5 Plus is made out of metal, and it actually comes with rather compelling internals, as long as you're not in the market for a high-end smartphone, as the Moto G5 Plus definitely does not belong in that category.

The Moto G5 Plus sports a 5.2-inch fullHD (1920 x 1080) IPS LCD display, while it is fueled by the Snapdragon 625 64-bit octa-core SoC running at 2.0GHz. A 3,000mAh battery is included here as well, and it is not removable, while the phone offers fast charging. A 12-megapixel shooter (f/1.7 aperture) is placed on the back of the Moto G5 Plus, while a 5-megapixel camera can be found on its front side. Android 7.0 Nougat comes pre-installed on the Moto G5 Plus, with some additions from Motorola. The Moto G5 Plus comes with a front-facing fingerprint scanner, and the device offers two SIM card slots. The Moto G5 Plus comes in Lunar Gray and Fine Gold color variants, though we're still not sure whether both models will be available in India.