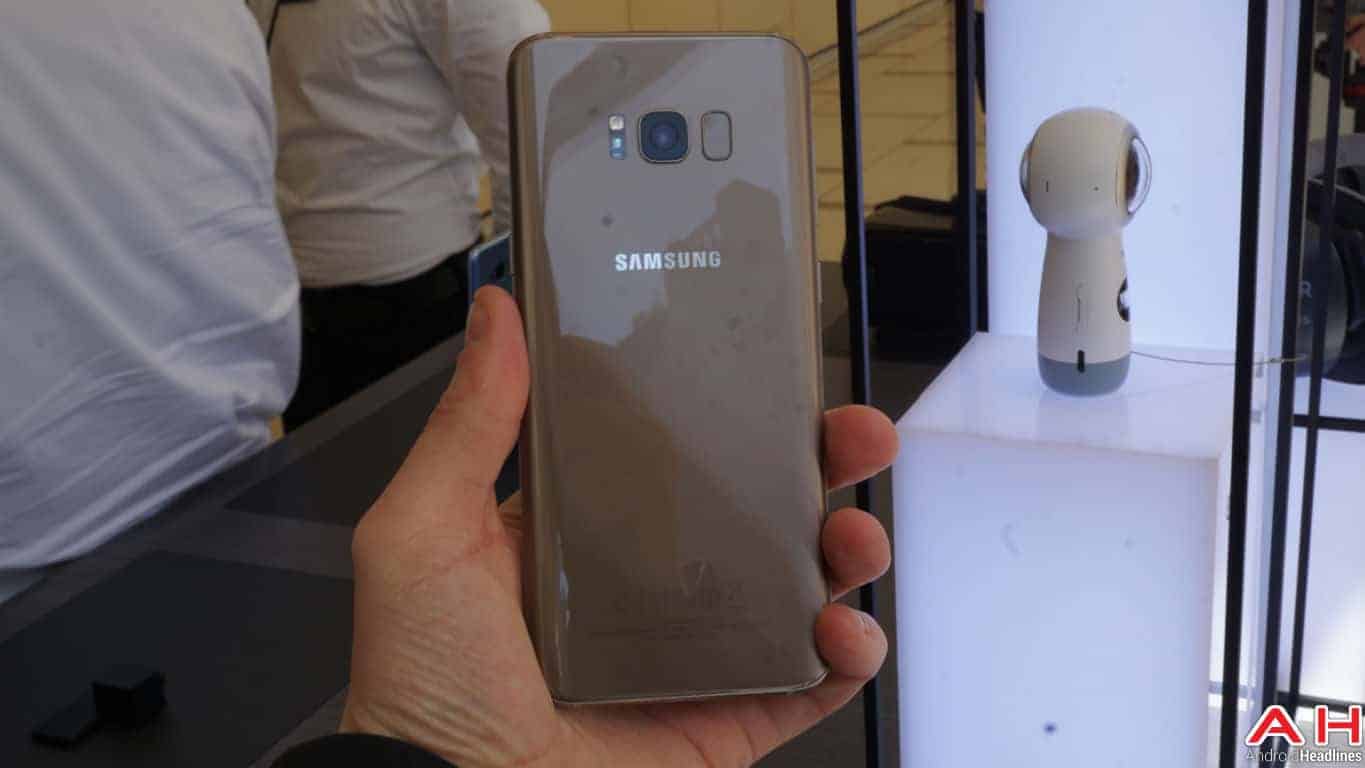 Samsung took the wraps off of their latest smartphones in New York City yesterday, at their Unpacked event. The two devices are already up for pre-order, with a ship date of April 21st. All four carriers are going to be selling the two devices, as well as B&H Photo and Best Buy – both of which will offer unlocked models. But there's one more retailer that will be selling the Galaxy S8 and Galaxy S8 Plus, and that is Microsoft. Apparently, Microsoft will be selling a "customized" Galaxy S8 and Galaxy S8 Plus which will be full of Microsoft's own apps.

In previous years, Samsung had opted to put Microsoft's apps onto all of their Galaxy flagship smartphones. Which included the Galaxy S6, Galaxy Note 5 and Galaxy S7 in the past few years. However, these apps were absent on the Galaxy S8 and Galaxy S8 Plus, and now we know why. They are being limited to this particular model, which is likely a good thing, especially for those that don't want to use Microsoft's apps, you won't have them pre-installed. This also means that Microsoft will be selling their first Android-powered smartphone directly in their stores, a surprising move. It also means more retail channels for Samsung, and more places for people to see and buy their latest smartphone, which should mean more sales for Samsung.

The idea to put the Galaxy S8 and Galaxy S8 Plus into Microsoft stores is likely to show off the DeX functionality. This is a dock for the two devices that essentially turns the phone into a full-fledged desktop, similar to what Microsoft had tried to do with their own Windows smartphones, but they don't have the market-share to really make it mainstream. And since Microsoft's apps do work with DeX, it means that the Microsoft stores can show off this functionality for users. The model available from Microsoft is basically the same as what is at other retailers, other than the extra apps installed. It's currently unclear whether Microsoft will be offering just an unlocked Galaxy S8 and Galaxy S8 Plus, or offer variants for all of the US carriers. The Galaxy S8 is priced at $750 and the Galaxy S8 Plus at $850.