Skip to content
Advertisement
Trusted By Millions
Independent, Expert Android News You Can Trust, Since 2010
Publishing More Android Than Anyone Else
0
Today
139
This Week
676
This Month
3917
This Year
113952
All Time
Advertisement LineageOS is now running on more than one million Android devices in the world, according to its official statistics page. The ROM is still the most popular among owners of the OnePlus One as more than 67,000 of them are currently running it. The OnePlus One is followed by the OnePlus 3 and OnePlus 3T, as well as the international variant of the Galaxy S III (I9300) and the Redmi Note 3. A more detailed breakdown of the install base of LineageOS can be seen below. The news that the ROM that ended up succeeding CyanogenMod passed one million installs comes approximately a month after it managed to hit the 500,000 landmark, so it seems that LineageOS is currently gaining a lot of traction in the Android community. The aforementioned figure is even more impressive in the context of the fact that it denotes not total, but active installs, meaning there’s currently over a million of people in the world who are using LineageOS on their Android smartphones and tablets.

While over a third of LineageOS users cannot be categorized by country, the country where the ROM is currently enjoying the largest popularity according to the available data is India, where more than 75,000 people are running it. India is followed by China and the United States which account for over 66,000 and 47,000 active installs, respectively. The LineageOS project still isn’t accepting donations as of this writing, though developers interested in contributing to it can opt to help bring the ROM to a larger number of devices.

A number of popular Android smartphones and tablets received an update to LineageOS 14.1 last month, including the OnePlus 3, OnePlus 3T, Galaxy Tab S2 8.0 and 9.7, ZTE Axon 7, and Sprint’s variant of the LG G3. The developers behind the project have recently been hard at work introducing new features and improvements to their ROM and more features are expected to be added to LineageOS in the near future. Given that state of affairs, it seems that LineageOS is on the right track to turn into a true successor to CyanogenMod that was discontinued several months ago after Cyanogen Inc shut down. 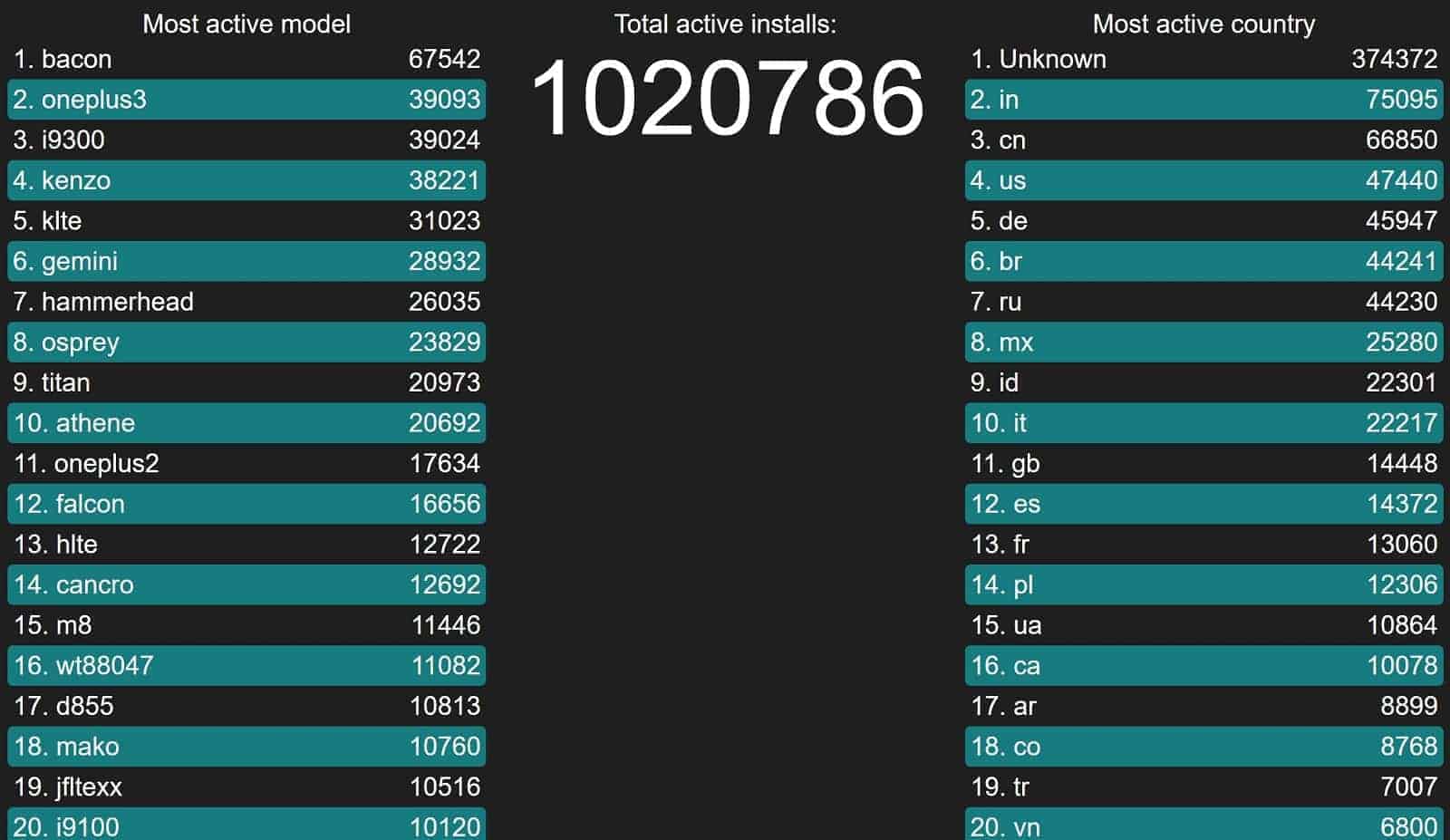