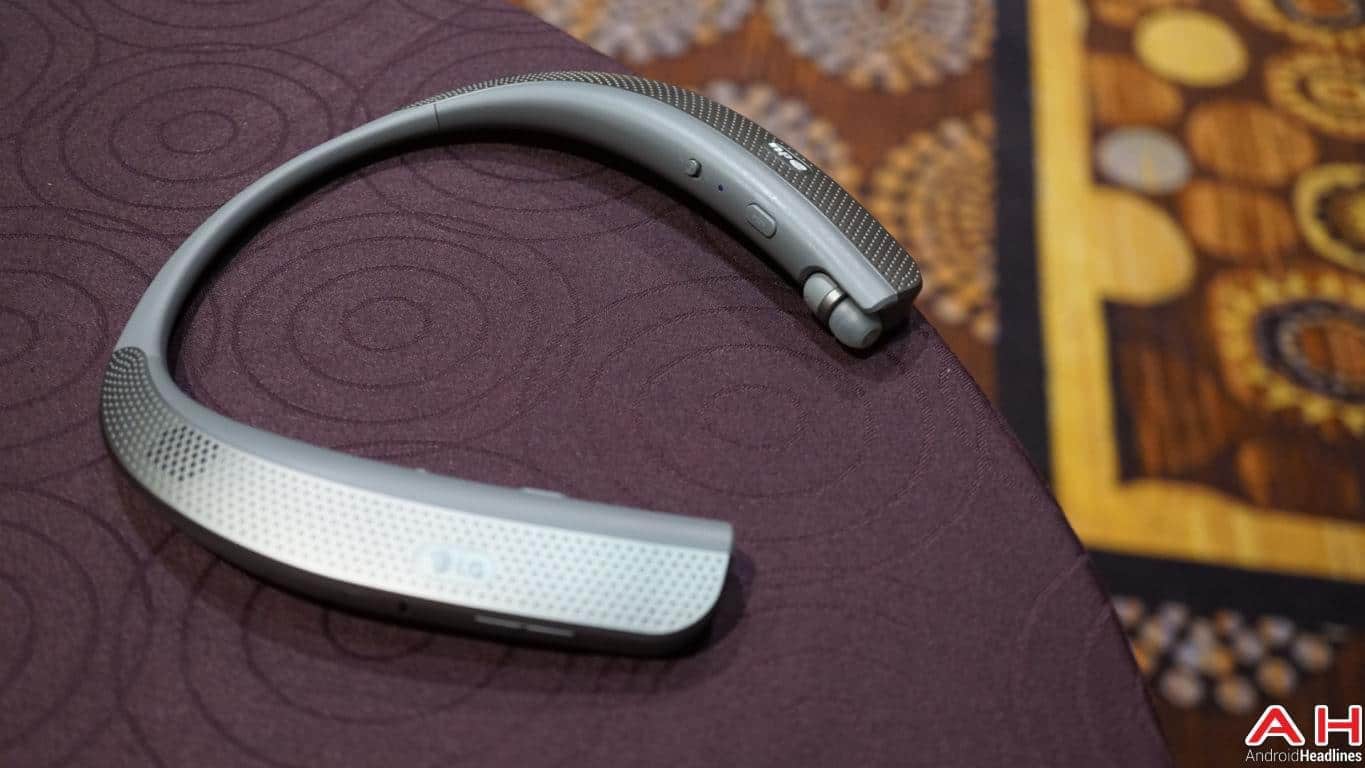 The LG TONE Studio (HBS-W120) Bluetooth wireless headset was announced by the company back in December, right before CES (Consumer Electronics Show) in Las Vegas kicked off, and the company just announced its global rollout details. This wireless headset is the newest addition to the company's 'TONE' line of audio products, and was showcased during this year's Mobile World Congress (MWC) in Barcelona. That being said, LG has just announced that they're starting to rollout this headset on a global basis, read on.

The company announced that the LG TONE Studio headset will first roll out in the Middle East, which will happen this week, and after that, this headset will become available in North American markets, where it will land before the end of March. Asia and Latin America will follow in April, and the headset will land in Europe in May. The company did not share the LG TONE Studio's pricing structure, the company did say that the pricing info will become available for each market separately when the time comes, same goes for the exact release date. The LG TONE Studio is actually the first wearable audio device to come with 3D surround sound, says LG. Now, in case you're not bothered by the fact that this audio device goes around your neck, which has been a trademark of LG's TONE lineup, then there's much to love about it, as it allegedly offers really compelling sound output, along with some other interesting features.

The LG TONE Studio headset comes with four speakers, two full range ones on the top, and on the bottom, you'll find two vibrating ones. These speakers are working together in order to deliver great sound, and give you a personal surround sound experience while you're listening to music, watching a movie, etc. Sound experts over at DTS worked together with LG in order to push this audio wearable to a whole new level, and the LG TONE Studio also features a Hi-Fi DAC, which is a digital to analog converter, in case you didn't know that. The Hi-Fi DAC is supposed to enhance sound quality by recreating audio content to the best of its ability. Now, this headset is also equipped with Dual Play, which will let you connect two LG TONE Studio devices and share the sound from a movie you're watching, or perhaps some songs you're listening to, which is an interesting feature, that's for sure.