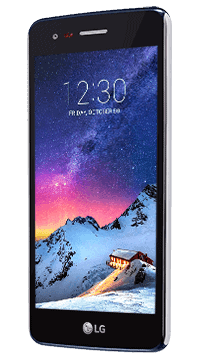 US Cellular has added the LG K8 2017 to its lineup of devices and it can be purchased from the carrier for $150. Customers may purchase the device on an installment plan or with a prepaid plan. Installment plans include 20 months, 24 months and 30 months plan. The installment plans are priced at $7.50, $6.25 and $5 respectively, and this is the cost to be paid each month. On the other hand, the prepaid plan costs $49.99, which will give you a discount of $100. However, a Simple Connect Plan from US Cellular is required in order to be eligible for the said prepaid plan.

The LG K8 2017 happens to be the LG Aristo with a different name, though the internals remain identical. Specs include a 5.0-inch display with a resolution of 1280 x 720. Under the hood, it is powered by a Qualcomm Snapdragon 425 processor clocked at 1.4GHz. Memory wise, it packs 1.5GB of RAM which is coupled with 16GB of internal storage that can be expanded via a microSD card. For optics, the LG K8 2017 is equipped with an 8-megapixel rear-facing camera. It should be noted that US Cellular has listed the rear camera to be an 8-megapixel shooter, but the LG Aristo (which is identical to the LG K8 2017) which was released in January, supposedly packs a 13-megapixel shooter. Selfies are handled by a 5-megapixel camera situated on the front of the device. This 4G LTE device packs a 2,500mAh battery which is removable and can be charged via the micro USB port located on the device. The LG K8 2017 also happens to come out of the box with Android 7.0 Nougat and features a fingerprint scanner which is situated on its rear, just below the camera.

The LG K8 2017 was first launched on the T-Mobile network back in January, and it was released as the LG Aristo. T-Mobile showcased the device in a special unboxing video which was posted on their YouTube channel. The device is also available from MetroPCS, and while it doesn't pack flagship specs, it is a solid smartphone, considering the price it is retailing for. If you would like to purchase one from US Cellular, you may head to the source below to access their online store.