South Korean consumers who pre-order the LG G6 are eligible to receive up to $390 worth of incentives as the Seoul-based tech giant is offering numerous benefits to people willing to order its latest Android flagship in advance. Everyone who pre-orders the LG G6 in the Far Eastern country will receive one year of LCD screen replacement warranty from LG and an original case for housing their new smartphone, the company said. In total, those two additions are worth 250,000 won, which translates to approximately $215. Apart from that, customers get to choose between several accessories for the LG G6 – the Raleigh Keyboard 2, TonePlus Bluetooth headphones, and a combo of a Nescafe coffee machine and a wireless mouse. In other words, pre-ordering the LG G6 in South Korea can net you up to $390 of additional benefits.

While pre-order incentives are not a novelty in the smartphone industry, LG's generous offer indicates that the company is looking to go all out in its home country of South Korea and try to take some customers away from its domestic rival Samsung that delayed the launch of the Galaxy S8 and the Galaxy S8 Plus. Following the Galaxy Note 7 debacle from last fall, Samsung reportedly pushed back the release of its next flagship duo in order to have enough time to update its quality assurance practices. Recent reports indicate that LG decided to capitalize on the situation and release the LG G6 as quickly as possible. The company's previous flagship from the G lineup wasn't a huge commercial success and LG reportedly believes that the modular LG G5 was too late to the market. Due to that state of affairs, the Seoul-based phone maker opted to speed up the release of its next handset in hopes of catching a larger pool of customers, especially seeing how its biggest rival is still almost a month away from even announcing its latest flagship that will directly compete with the LG G6.

It remains to be seen whether the LG G6 will manage to attract a larger audience than its predecessor did, but more information on the matter should follow soon seeing how the phone is launching in just a few weeks. Pre-orders for the LG G6 are available in South Korea until Thursday, March 9. 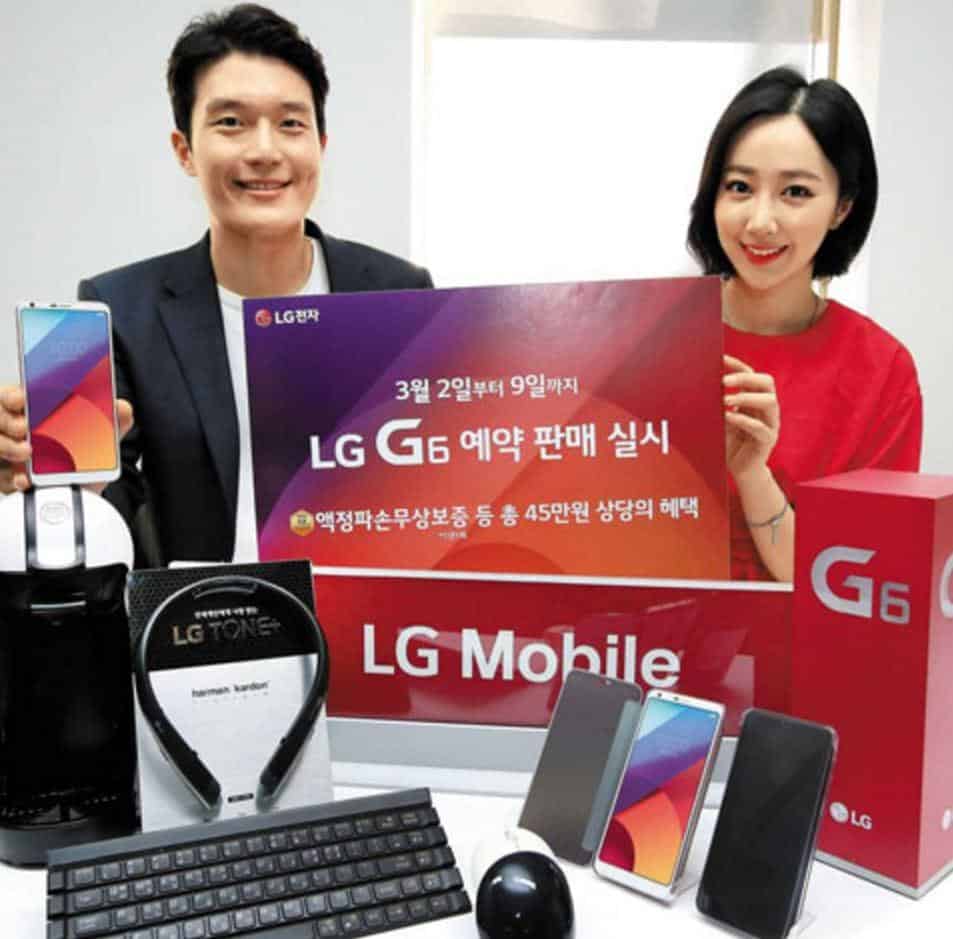