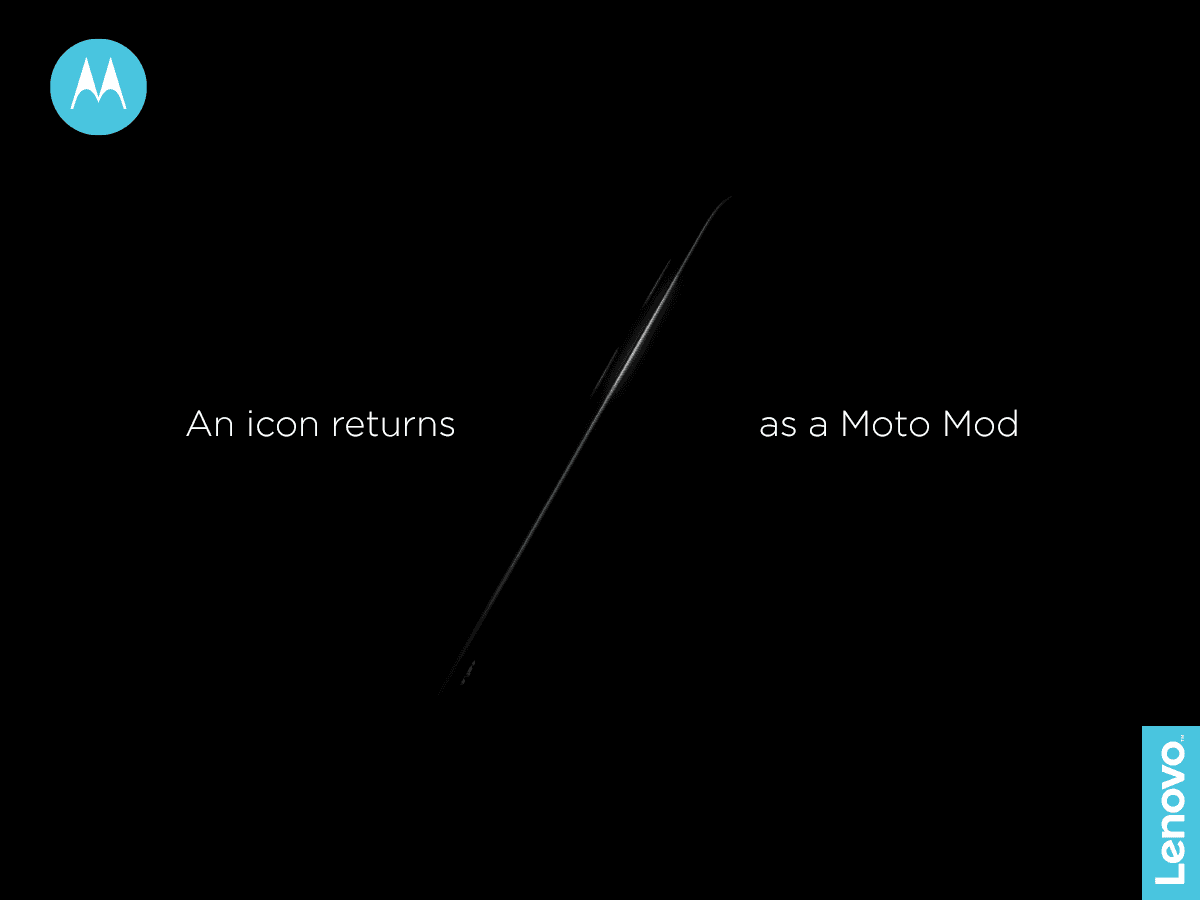 Moto Malaysia's Facebook page recently posted the picture above with the words, "An icon returns as a Moto Mod." Along with it they posted "Bringing back the iconic Moto that changed the 2000's. This time, it's new and improved, as a Moto Mod. Stay tuned for the reveal. You won't want to miss out!" Does this mean that Moto is bringing back the popular Moto Razr in a form of a Moto Mod or is it an elaborate early April Fool's joke? Nobody knows for sure and nobody is saying exactly what it will be, if anything. If Moto Malaysia is serious, then we may get a taste of the iconic Moto Razr that changed the world of smartphones.

In 2004, Motorola ruled the smartphone industry with their Razr series of flip phones. They were all metal with a striking appearance, a 'razor' thin profile, with blue backlit keys, and for the next four years, it was the bestselling mobile phone. There were a couple of renditions and in the end, Motorola sold over 150 million Razrs worldwide. The name was resurrected for a line of Verizon-exclusive devices called the DROID RAZR, but it was never like the success of the original icon. Motorola was so intense on the success of its Razr that they were slow to develop new products and as sales and profits slowed, they found themselves behind Samsung and LG for mobile sales.

Fast forward to 2016 and the Motorola mobile division is now owned by Lenovo and the Moto name is making a great comeback with entry level models to high-end models, such as their new Moto Z lineup, which includes the Moto Z Play, Moto Z, and Moto Z Force. The 'Z' lineup allows you to attach the Moto Mods that this tease is referring to – and how Moto would incorporate a Moto Razr into a Moto Mod is something we will have to wait to see – if it ever happens. Will it look similar to the depiction on the Moto website or is it truly a hoax? Either way, it is an interesting concept and one some probably would like to see come to market.