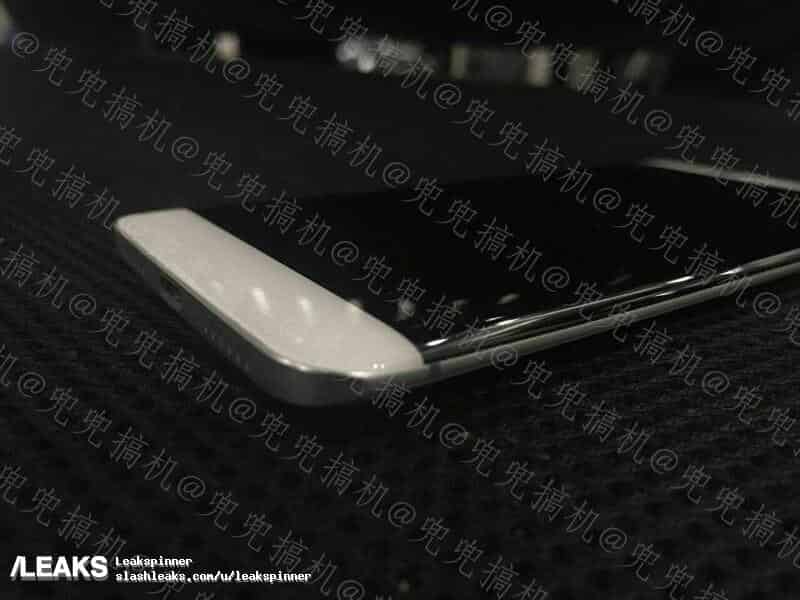 LeEco's upcoming flagship just leaked, or so it seems. If you take a look at the gallery down below, you'll be able to see two new images which are showing off LeEco's alleged flagship. Now, the source does not mention what will this phone be called, but we presume this is the LeEco Le Pro4, based on the company's previous naming scheme, of course, Now, this smartphone resembles the LeEco Le Pro3 quite a bit, with one significant difference, it seems like LeEco plans to include a curved display in their upcoming flagship.

If you take a look at the second image in the gallery, you'll definitely be able to notice that the phone's display is curved, and it seems like it will be bezel-free on the sides as well, unless we get some black bars there, of course. The frame of this smartphone is made out of metal, as expected, and you can also see the Type-C USB port on the bottom which is flanked by two sets of speaker grills, though we're still not sure whether both of those speaker grills hide a speaker underneath. One thing is for sure, however, this phone will ship with a bottom-firing speaker if this leak is accurate. In the second image, you'll also notice a part of the phone's antennas, which will be partially placed on the sides of the LeEco Le Pro4 it seems. This smartphone sports quite a bit of bezel above and below the display, not too much, but considerably more than the LG G6 and the upcoming Galaxy S8 and Galaxy S8 Plus flagships, that's for sure. You can also see the phone's earpiece here, and two cutouts next to it, one of which is probably reserved for the front-facing camera.