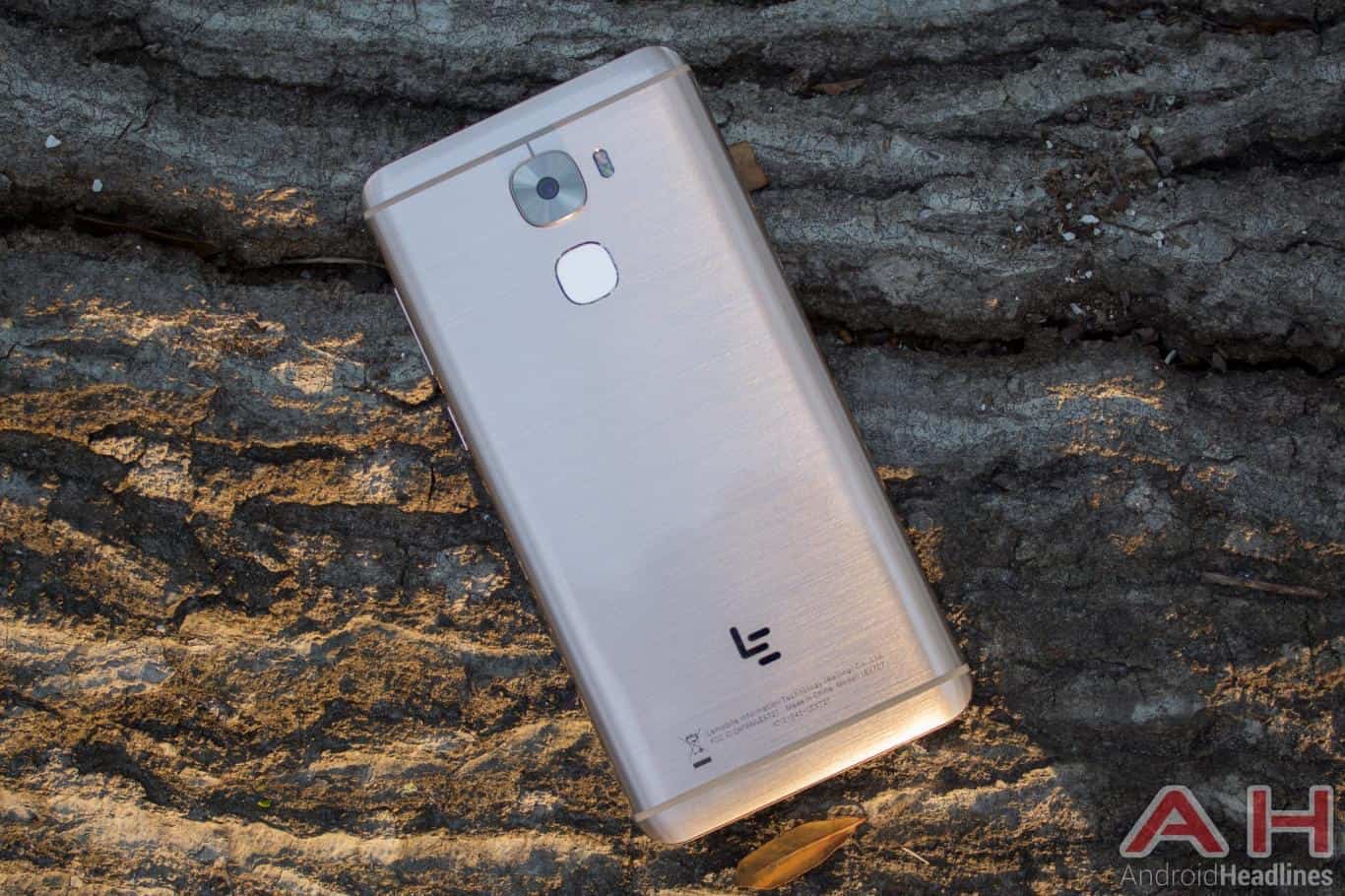 Now, aside from these two details, this smartphone is actually identical to the regular LeEco Le Pro3 handset. This smartphone looks identical to the original variant, it is made out of metal, and it comes with a rear-facing fingerprint scanner, and there are three capacitive buttons below its display. The company’s logo is placed on the back of the device, all of its physical keys are on the right side of its body, and the SIM card tray is placed on the left. This handset comes with bottom-firing stereo speakers, and in between them you’ll notice the Type-C USB port. This smartphone does not have a 3.5mm headphone jack, just like the original model, unfortunately. The LeEco Le Pro3 Elite Edition packs in 4GB of RAM, along with 32GB of non-expandable internal storage, while it features a 5.5-inch fullHD (1920 x 1080) display. A 4,070mAh battery is also a part of this package, and it is not removable, in case you were wondering. Qualcomm’s Quick Charge 3.0 fast charging is included here as well, while Android 6.0 Marshmallow comes pre-installed on this smartphone, along with the company’s eUI Android skin.

There are two SIM card slots included in the LeEco Le Pro3 Elite Edition, and a 16-megapixel shooter is placed on the back of this phone, along with a dual-LED, dual tone flash. An 8-megapixel snapper can be found up front, and the phone is shipping with an exclusive 3-month membership access to LeEco’s video streaming service in China. The LeEco Le Pro3 Elite Edition is priced at 1,699 Yuan ($246) in China, and is available through the company’s official web store, LeEco Mall, and also via Lynx and JingDong Mall (JD.com). 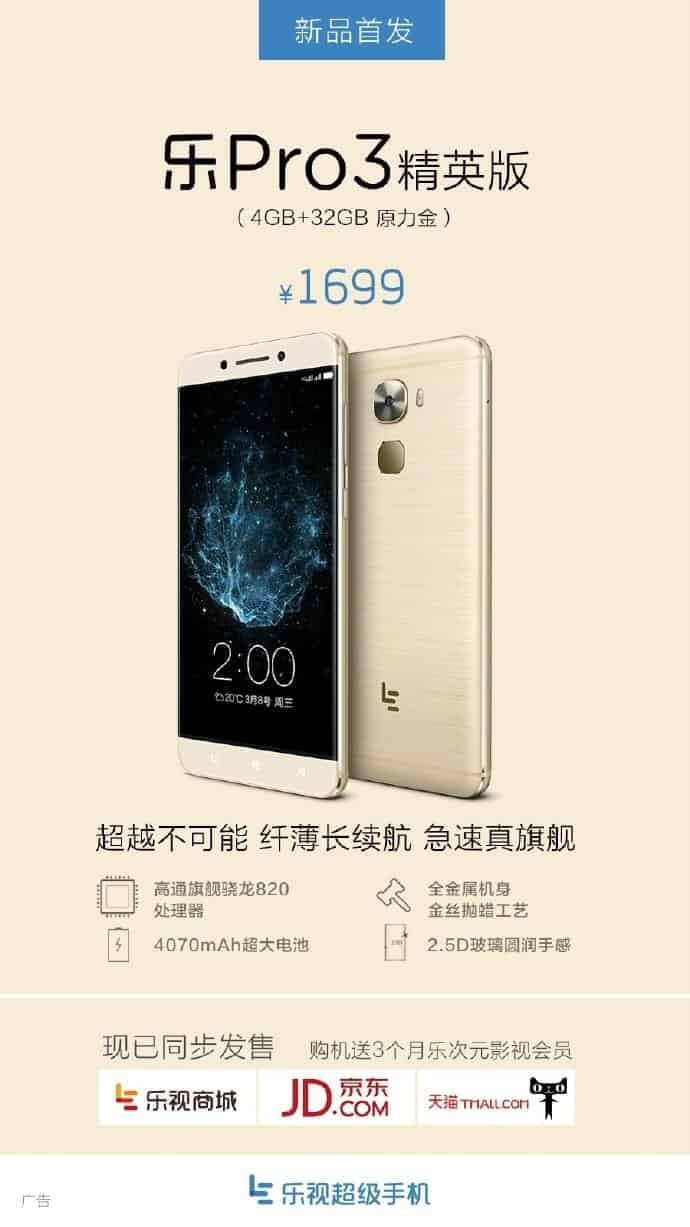