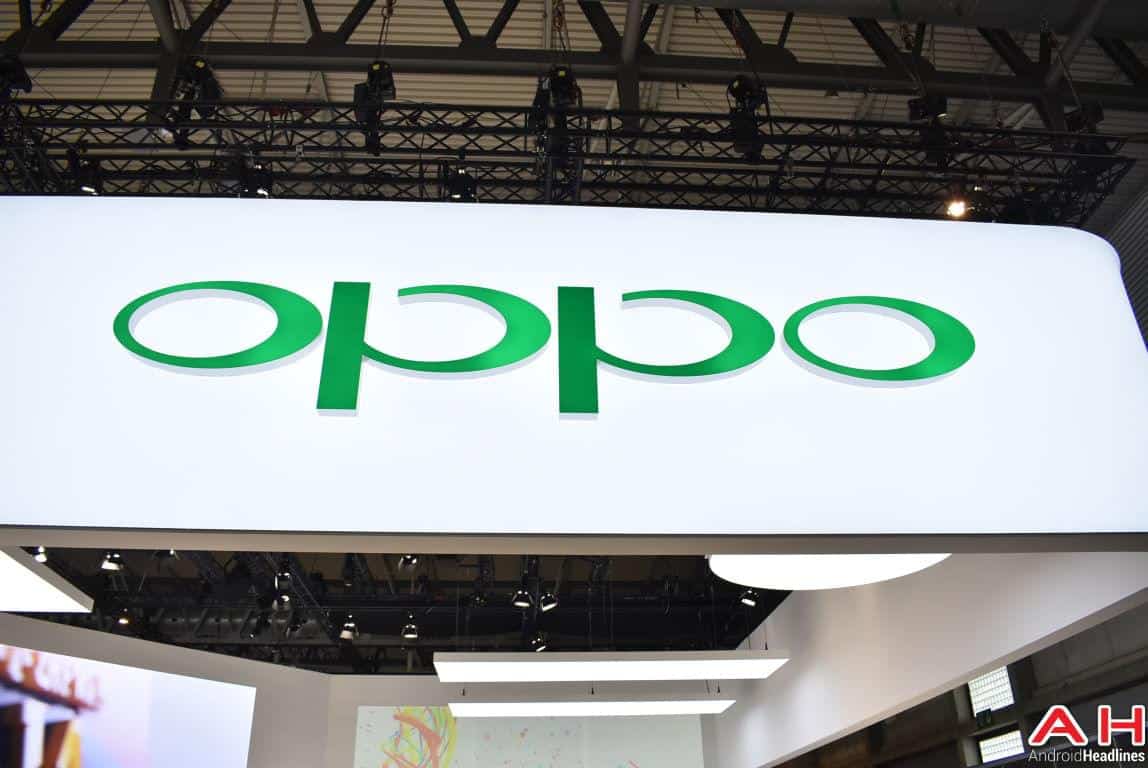 Leaked specs say that the Oppo F3 Plus has dual front cameras comprised of both a 16-megapixel sensor and an 8-megapixel sensor, while the back of the phone carries a single 16-megapixel sensor for main photos. Leaked specifications for smartphones is not something out of the ordinary especially if the leaks tend to surface close to the official device announcement, and Oppo is thought to be preparing for an announcement of the F3 Plus alongside the F3 sometime later on this month, which is expected to happen on March 23rd according to a teaser that popped up earlier this morning that mentioned the words "The New Era of Selfie Expert."

Considering the message listed on the teaser, which also shows two circular shapes that would appear to be camera sensors, it's quite likely that the F3 Plus does indeed carry dual front camera sensors. In addition to the cameras on the front and the back, the leak also suggests that the F3 Plus comes with a 6-inch display with Full HD resolution, and that the display is protected by Corning Gorilla Glass 5 which would mean that it should be able to hold its own when it comes to a little bit of damage from drops, dings, and scratches.

Other potential specifications include 4GB of RAM and 64GB of internal storage space, with expandable storage support for up to 256GB via a microSD card. The phone will allegedly be a dual nano SIM phone with Android 6.0 Marshmallow for the software, along with Oppo's ColorOS 3.0 user interface layered on top. The leaked specs also list a 4,000mAh battery which is not really standard for most smartphones these days as they're usually smaller and have less capacity, meaning that the F3 Plus should have no problem lasting more than a day or two on a single charge. The processor is listed as the Qualcomm Snapdragon 652 which is an octa-core chipset, and it appears that Oppo may offer the F3 Plus in two different color options which include Gold and Black. There's nothing in the leak that mentions pricing details, but those may end up being shared later this month when the phone is expected to be announced. 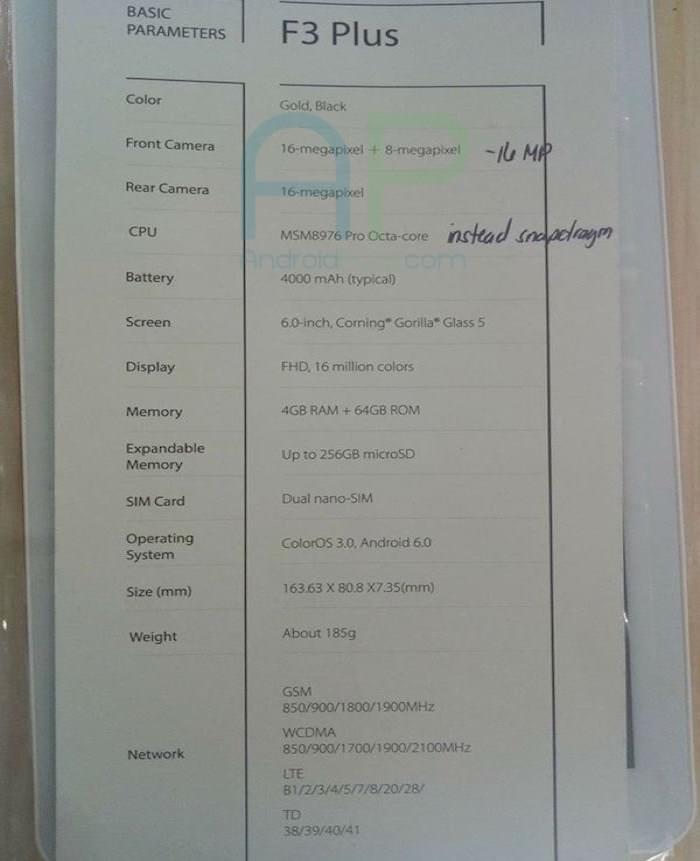