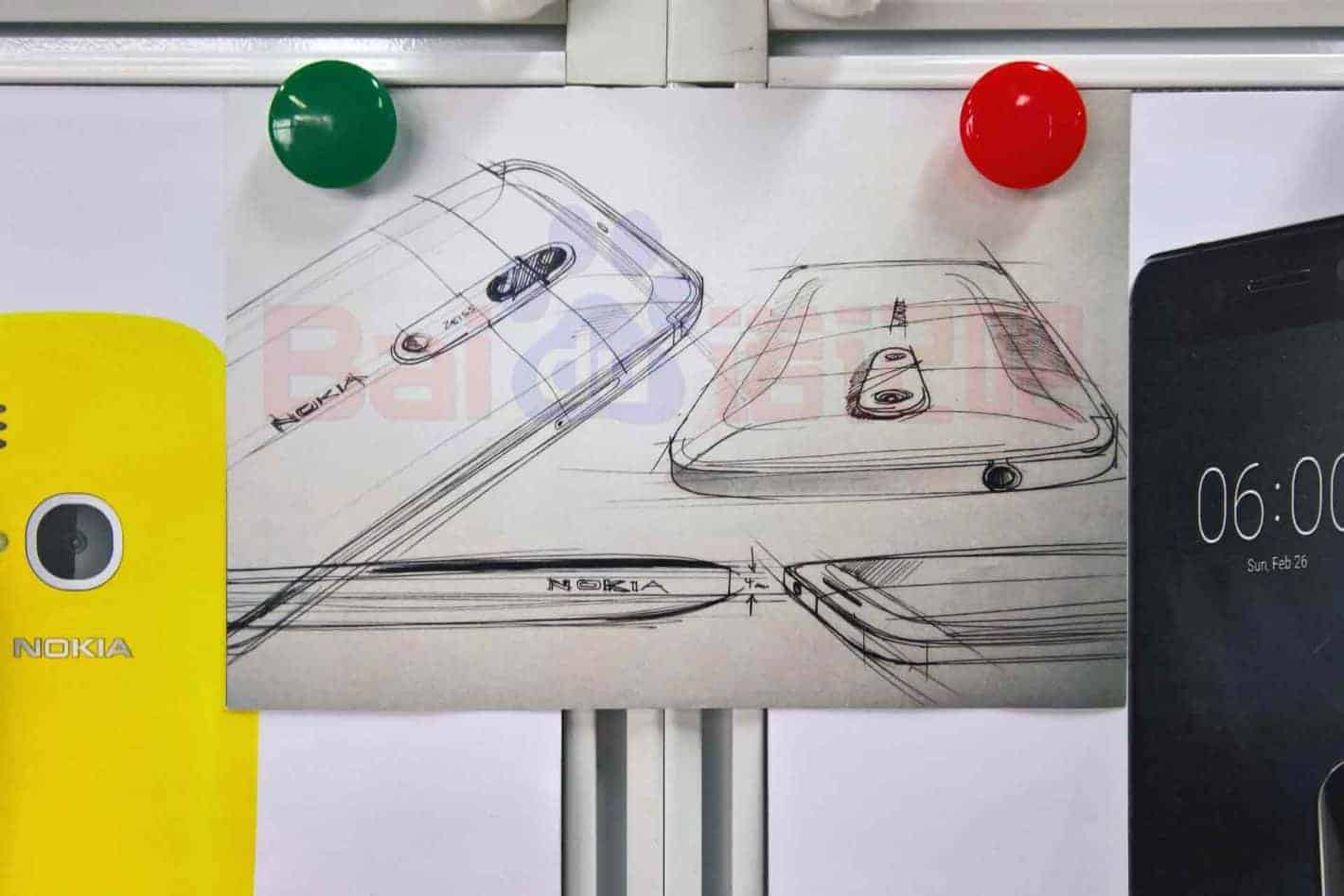 Several sketches showcasing a new Nokia smartphone, supposedly taken from HMD’s own drawing board, have leaked out of China today. The phone depicted in the images appears to be rocking a Zeiss-branded dual camera setup, so this might be the Nokia flagship consumers have been waiting for, maybe even the Nokia 8 that's been the subject of many rumors circulating the smartphone industry in recent months. The newly leaked sketches can be seen above in all of their glory, so make of them what you will.

Nokia and HMD took the stage at MWC 2017 to unveil the Nokia 6, Nokia 5 and Nokia 3. But while these phones brought forth premium designs, their specs left some consumers disappointed as a lot of people were hoping Nokia will launch a flagship device during the event in Barcelona. After sitting on the sidelines for the last few years, Nokia finally made a comeback to the world of smartphones, but it has yet to introduce a device that could compete with the Samsung Galaxy S8 and similar flagships. The sketch at hand doesn’t reveal much, except that Nokia and HMD might be looking to differentiate the alleged flagship’s design from most devices that were introduced at MWC 2017. There have been conflicting rumors on whether Nokia will continue to rely on Carl Zeiss optics for imaging and video purposes, but recent information seems to indicate Carl Zeiss-branded lenses will indeed be a part of future Nokia products.

Regardless, the rumor mill continues to insist that a Nokia flagship is coming in the near future. A recent leak suggested Nokia and HMD are working on a premium smartphone with the Snapdragon 835 chipset on the inside, a full metal body, and a dual camera setup. Nokia is reportedly working on two version of the device, one with a smaller display and 4GB of RAM and another with a more spacious screen and 6GB of RAM. What’s more, the base model is said to come boasting a price tag of approximately $580, while the advanced version will be sold for $650, rumors suggested. More details on Nokia's upcoming devices will hopefully follow in the coming months.