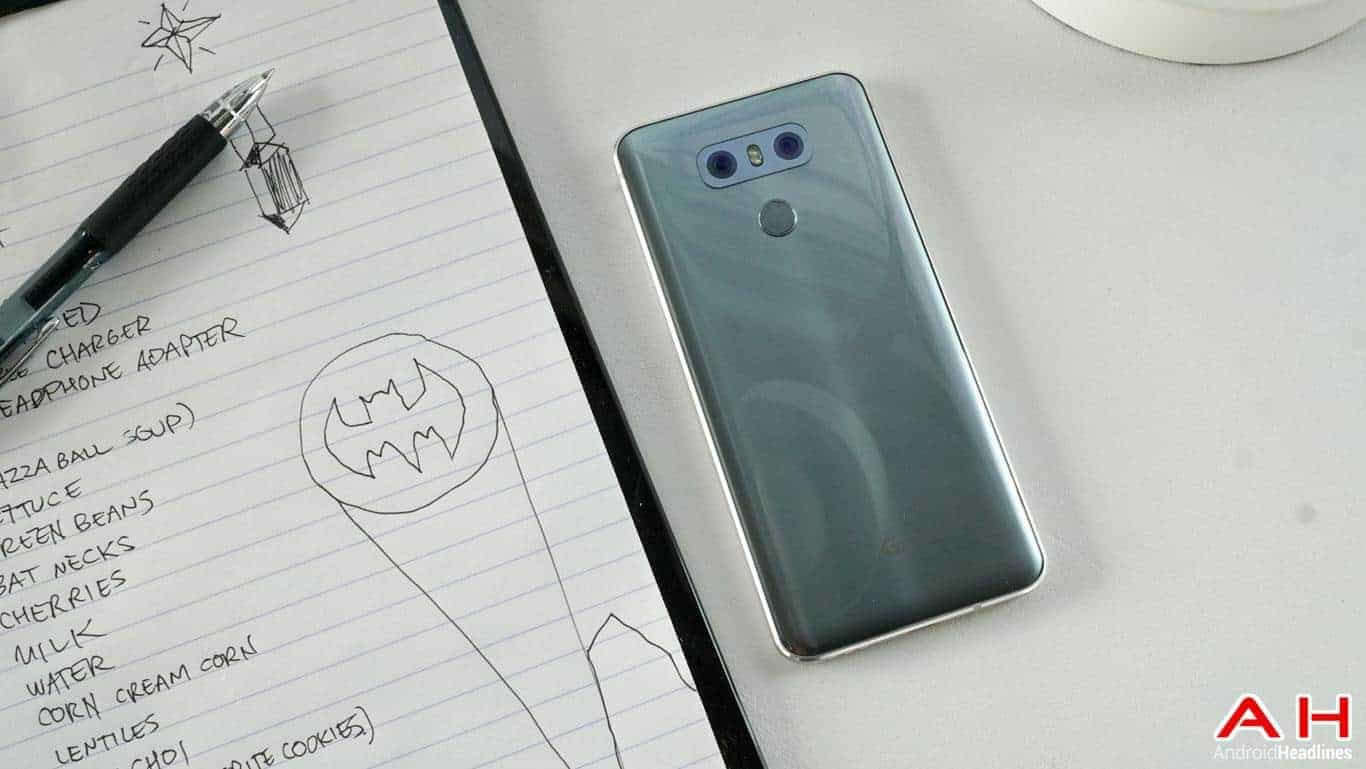 If you are a Verizon customer (or not) and plan to pick up an LG G6 then it seems you will be able to pre-order the latest smartphone from LG starting from March 17. While Verizon has yet to fully announce this, a leaked image of Verizon's LG G6 promotional material has made its way online. Essentially confirming that pre-orders will open up for the LG G6 at Verizon from this Friday.

Although, that is not all the leaked image highlights. As can be seen in the image below, Verizon is going to be offering a number of promotions to both existing and new customer alike. The first, and one which will be on offer to both new and existing customers, is a free Google Home. This promotion is available to new lines ported over and upgrades, and whether on a Verizon Unlimited plan or not. However, if you do plan to port your number over (or upgrade) to a Verizon Unlimited plan, then in addition to the free Google Home, you will also be eligible for a $200 trade-in value for "select devices." Sweetening the deal even more, if you happen to be porting your number over and opting for one of Verizon's Unlimited plans, then in addition to the free Google Home and the $200 trade-in value, you will also be eligible to collect a free 43-inch LG Smart TV as well – one which is said to be valued at $349.99. While not specifically noted in the image below, it is being reported that the LG G6 will be priced at $672 outright via Verizon, or at $28 per month on a two-year basis.

So it seems while new customers (or new line openings) who are opting for a Verizon Unlimited plan are in for a number of perks when picking up the LG G6, everyone in general who opts to get the new smartphone though Verizon will get something extra for their troubles. Of course, in terms of the free Google Home, you don't necessarily have to purchase the LG G6 via Verizon, as LG is also offering the same deal on a free Google Home when the G6 is pre-ordered directly from LG. 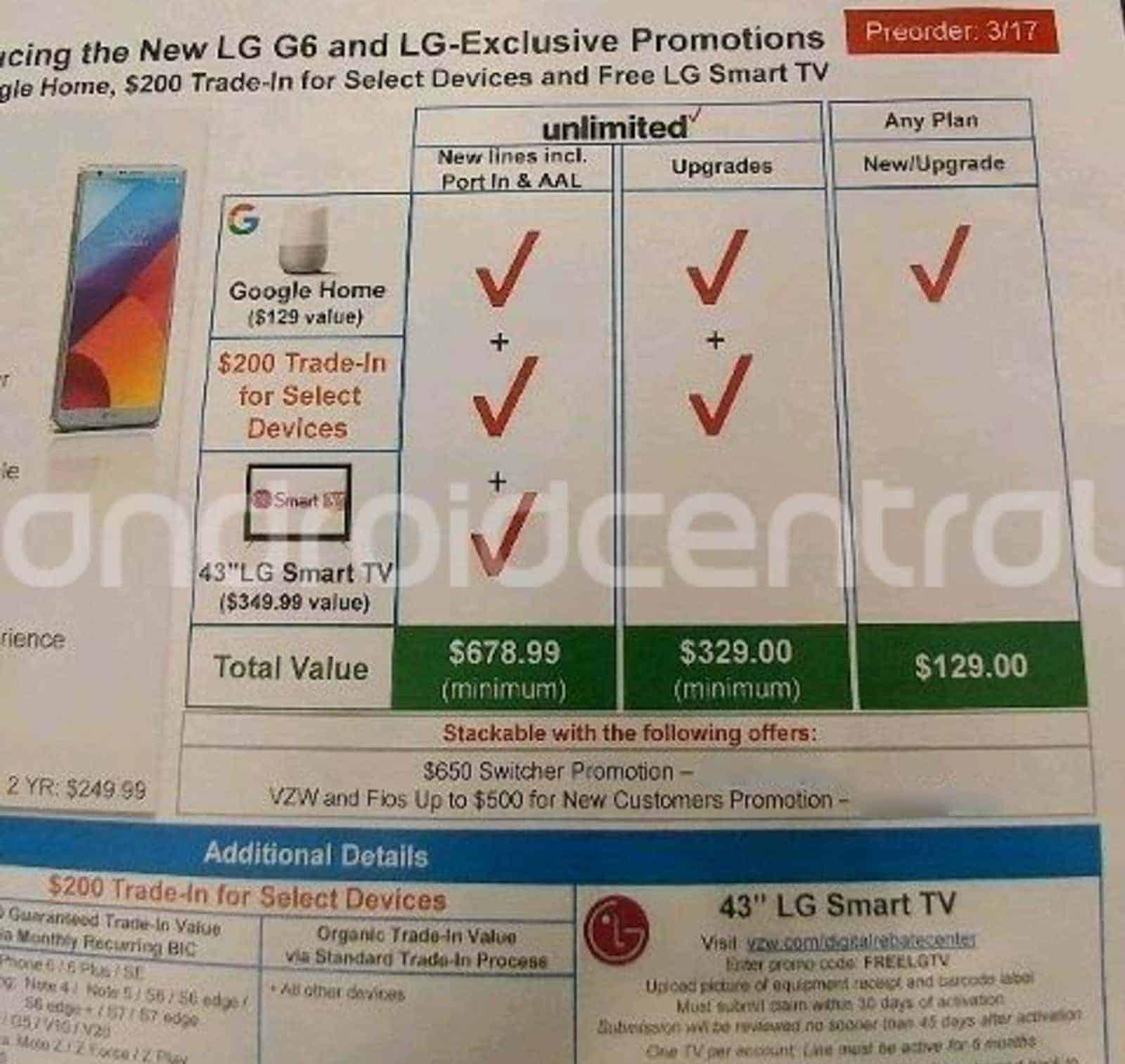