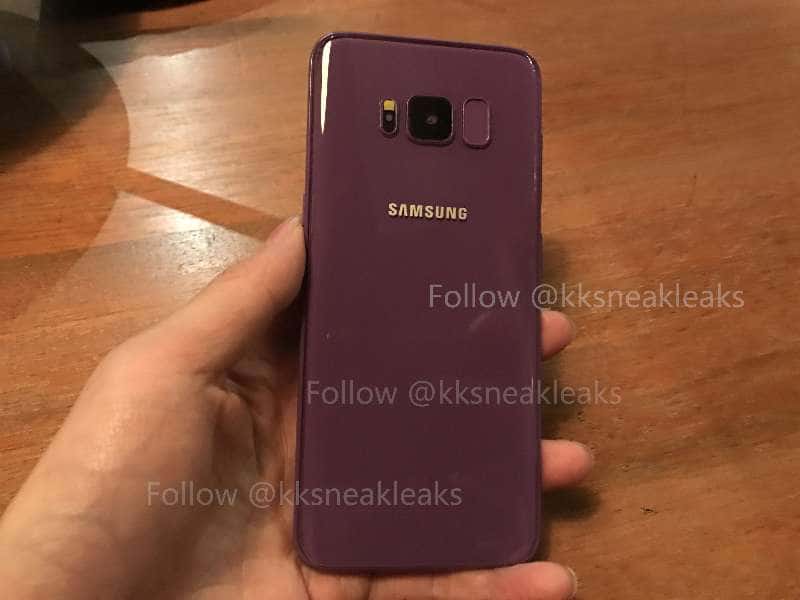 The Samsung Galaxy S8 has been leaking all over the place lately, and with Samsung getting ready to announce the device in less than two weeks, that’s not a huge surprise. Now the Galaxy S8 apparently posed for the camera in violet. There’s nothing really new about the Galaxy S8 here, it matches up quite well with all of the leaks we’ve already seen of the device, the only change here is the color. As you can see in the pictures below, the Galaxy S8 has a black front with a violet back. Not the typical colors we’ve seen from Samsung. As they usually opt to make the front the same color.

You’ll also notice that there is a bit of a ridge around the camera and the fingerprint sensor on the backside. The ridge around the fingerprint sensor is likely to make it easier for users to find the sensor and use it to authenticate themselves. While the ridge around the camera is likely to protect the glass that is over the camera. As the last thing users would want it is to be taking pictures through broken or scratched glass. Everything else looks pretty much like the other leaks. Including a curved display. Although the screen isn’t on, so it’s hard to tell how large the screen really is.

Samsung does typically put their flagship smartphones out in various colors. The Galaxy S6 and Galaxy S7 both had some rather interesting colors, like the emerald green of the Galaxy S6. The violet color we’re seeing here is definitely a first, and it likely won’t be coming to the US unfortunately. As with most smartphones, the US will likely get a black, white and possibly gold color. This is due to the fact that Samsung will need to have a separate SKU for each color at each carrier. Which becomes a mess for them, and they would also need to stock them all. Hopefully they will bring it to the US as an unlocked model though. Seeing as they have been bringing unlocked smartphones to the US quite a bit in recent years. 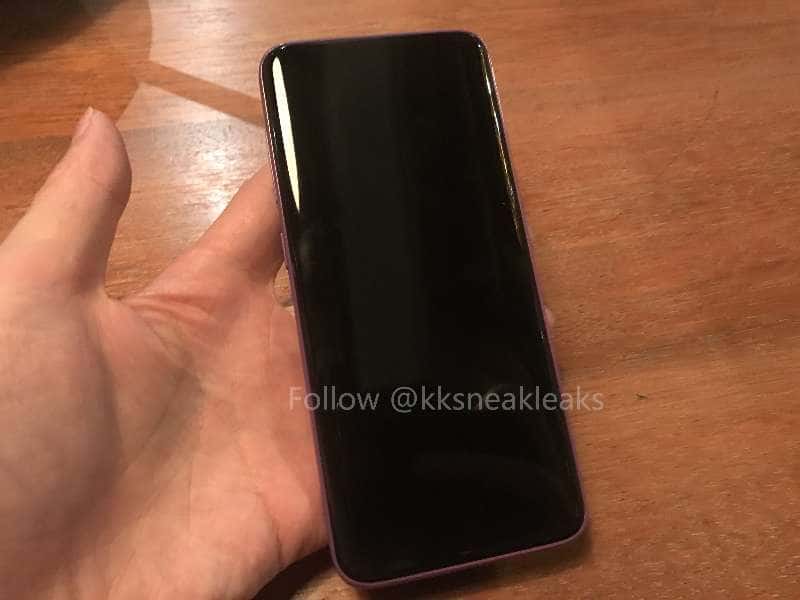 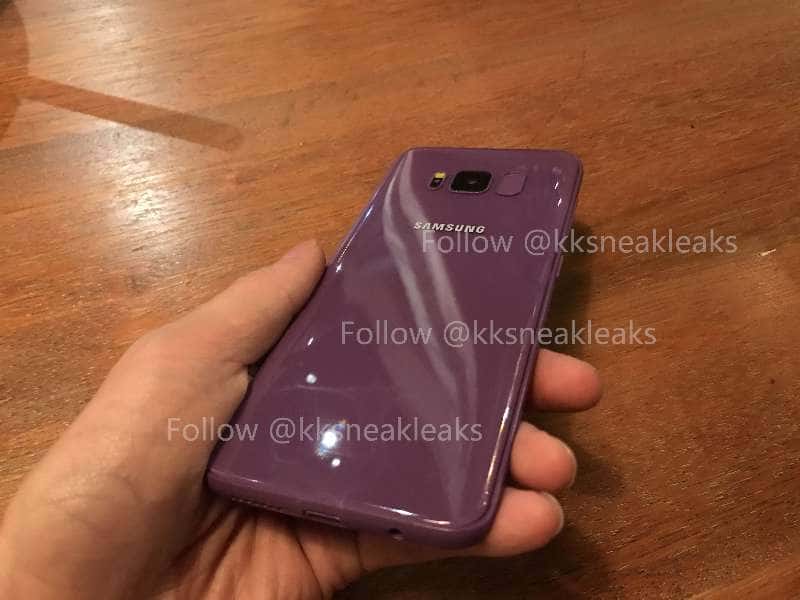 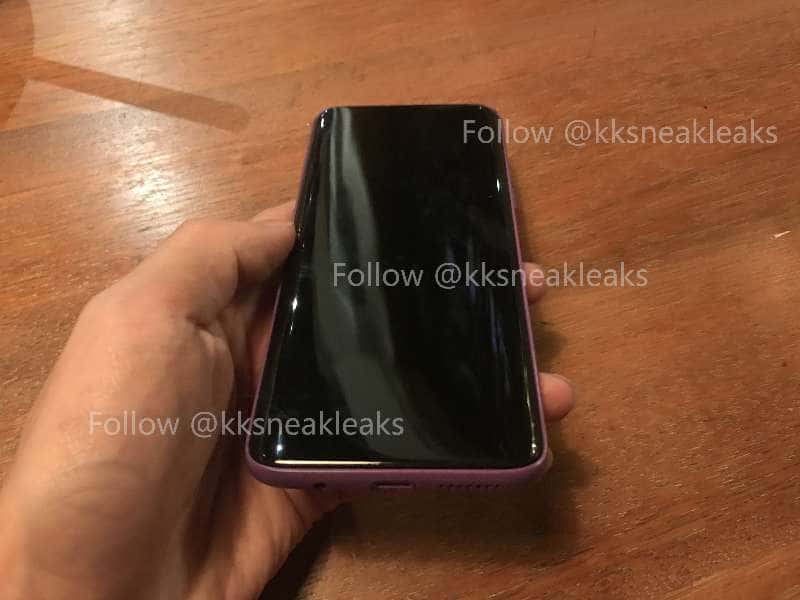