According to the leaked image shown below, which came via Weibo and does clearly list the Xiaomi Mi 6 as the phone in use, the Mi 6 will come equipped with 6GB RAM, 256GB internal storage and will be powered by a 2.7 GHz SoC. As can be seen, the image is actually of the ‘About’ section of the smartphone. Which if it is from the Xiaomi Mi 6, is likely to be the actual specs. It is also worth noting that the screen shows the Xiaomi Mi 6 coming running on Android 7.0 (Nougat) by way of Xiaomi’s own MIUI 8.3.14.

That is largely the amount of information that is on offer with this latest leak. Although, the Xiaomi Mi 6 is a smartphone that has not been short of leaks in recent times. And so a number of the specs and features expected to be on offer have already come through. Although, what has certainly been one of the more interesting leaks, is whether or not the Mi 6 would come powered by the Qualcomm Snapdragon 835. It was initially expected that the Xiaomi Mi 6 would come sporting the latest Qualcomm flagship processor, although recent reports did come though suggesting that the Xiaomi Mi 6 might actually be delayed due to the reported Snapdragon 835 production issues. Likewise, other rumors had pointed towards the inclusion of the MediaTek Helio X30 processor (or a combination of the Snapdragon 835 and Helio X30 differing based on region-specific devices), although for the same reasoning (10nm supply issues), the Helio X30 is also thought to be subject to delays.

However, the current rumors on this, are now suggesting that Xiaomi is opting to include the Snapdragon 821 instead of the Snapdragon 835 (and/or Helio X30) in the Mi 6. Which if true, is likely to be an approach that is designed to bring the Xiaomi Mi 6 to market sooner rather than later. In reality, not dissimilar to what many believe is the reasoning behind the LG G6 coming equipped with the Snapdragon 821, with LG also deciding not to hold out for Snapdragon 835 supplies. If both this, and the most recent leak are correct, then presumably the Xiaomi Mi 6 will come sporting a Snapdragon 821, clocked at 2.7 GHz, as well as 6GB RAM and 256GB internal storage. 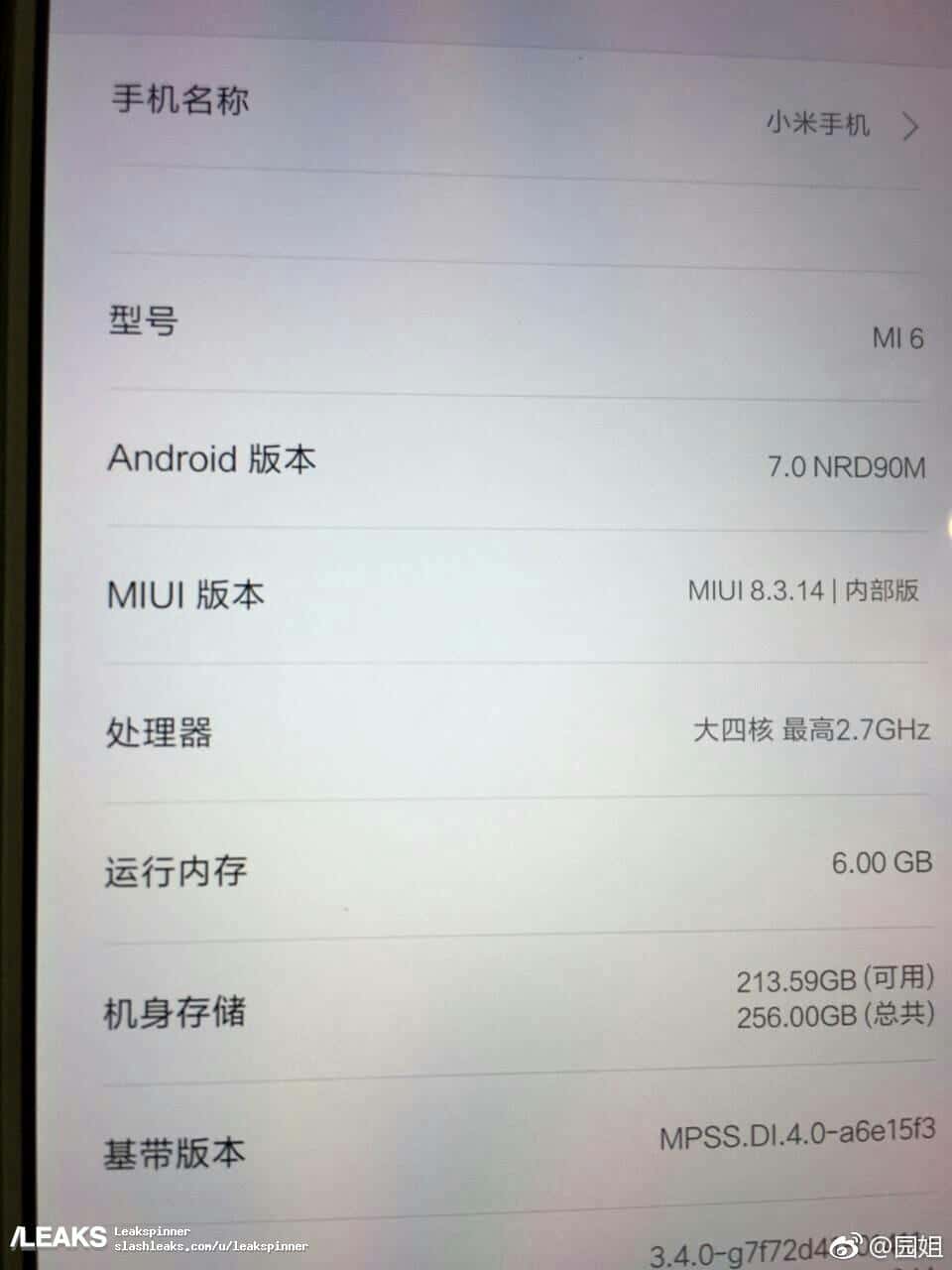