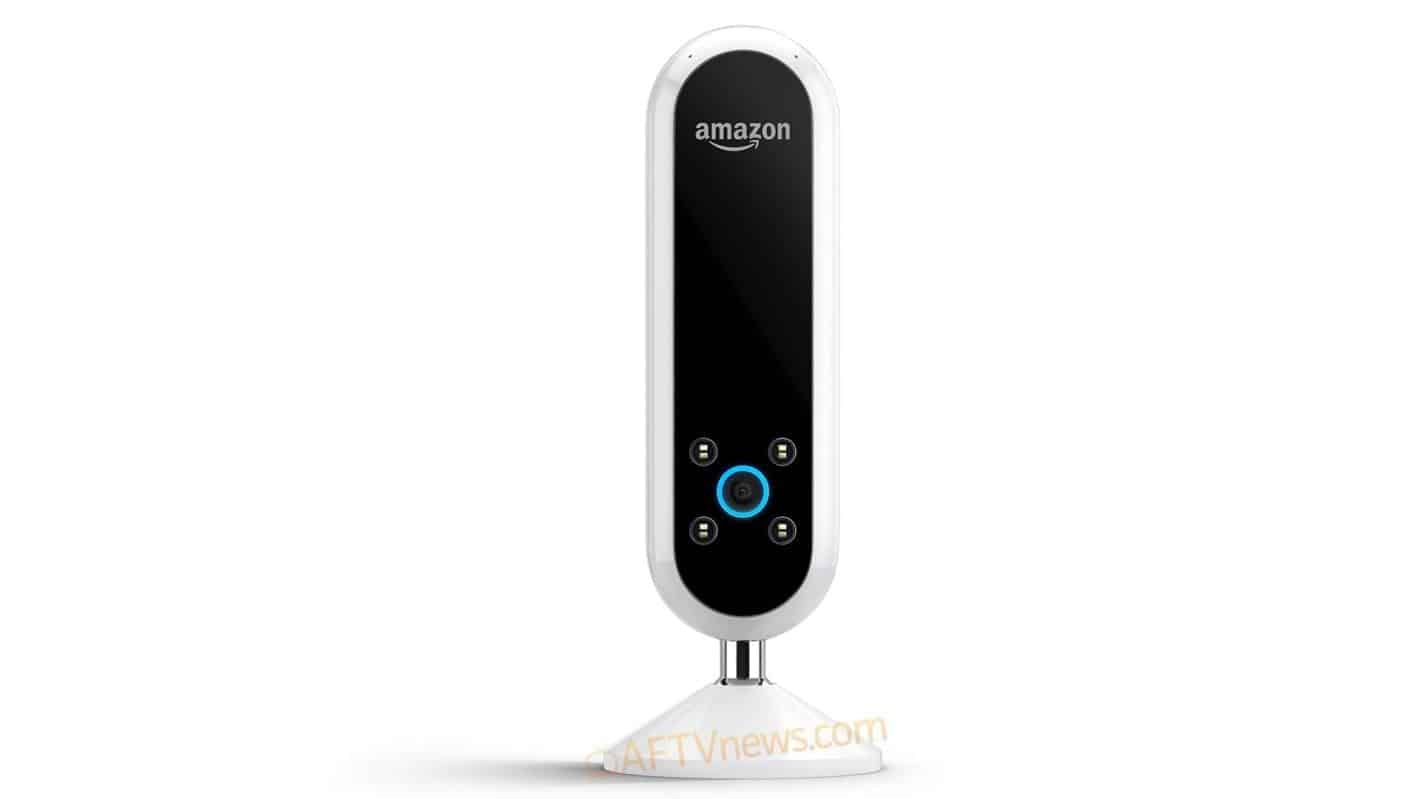 Amazon may be looking to expand their hardware division, this time with a security camera. This camera that you see above, appears to be a competitor to something like the Logitech Circle or the Nest Cam. AFTVnews found the image just sitting on Amazon's servers, so it's a real possibility that this camera will be announced in the near future. AFTVnews did also find pictures of the Roku 4 before it was announced, by digging through Amazon's servers for images. And that leak turned out to be 100% accurate, so it wouldn't be surprising to see that happen with this security camera.

The design of this security camera is rather interesting, for a security camera at least. It's a tall and narrow device, which has a stand. This stand apparently is going to allow the user to position this camera however they like. That blue circle is reportedly the camera, it's unclear how wide the angle on that camera actually is though, but it's likely fairly wide so that you can get everything in the room in your stream. It appears that there are a few infrared sensors here, likely to detect motion, and there are also numerous microphones included on this camera.

It wouldn't be a huge surprise at all to see Amazon launch this security camera with Alexa compatibility, especially seeing as it has about 6 microphones. Now there are already a ton of security cameras available on Amazon that support Alexa, but Amazon of course wants you to buy their hardware. This would be the first smart home appliance – besides the Echo and Tap – that Amazon has put out, and it could be a rather interesting product. At this point, there's very little known about this product, so it's tough to say how good or bad it'll be, but it'll likely be fairly cheap. As Amazon has always priced their hardware near what it costs them to make it (except for that Fire Phone a few years ago). It also wouldn't be surprising to see this security camera come bundled with an Amazon Echo Dot, the smaller Echo that's about $50.