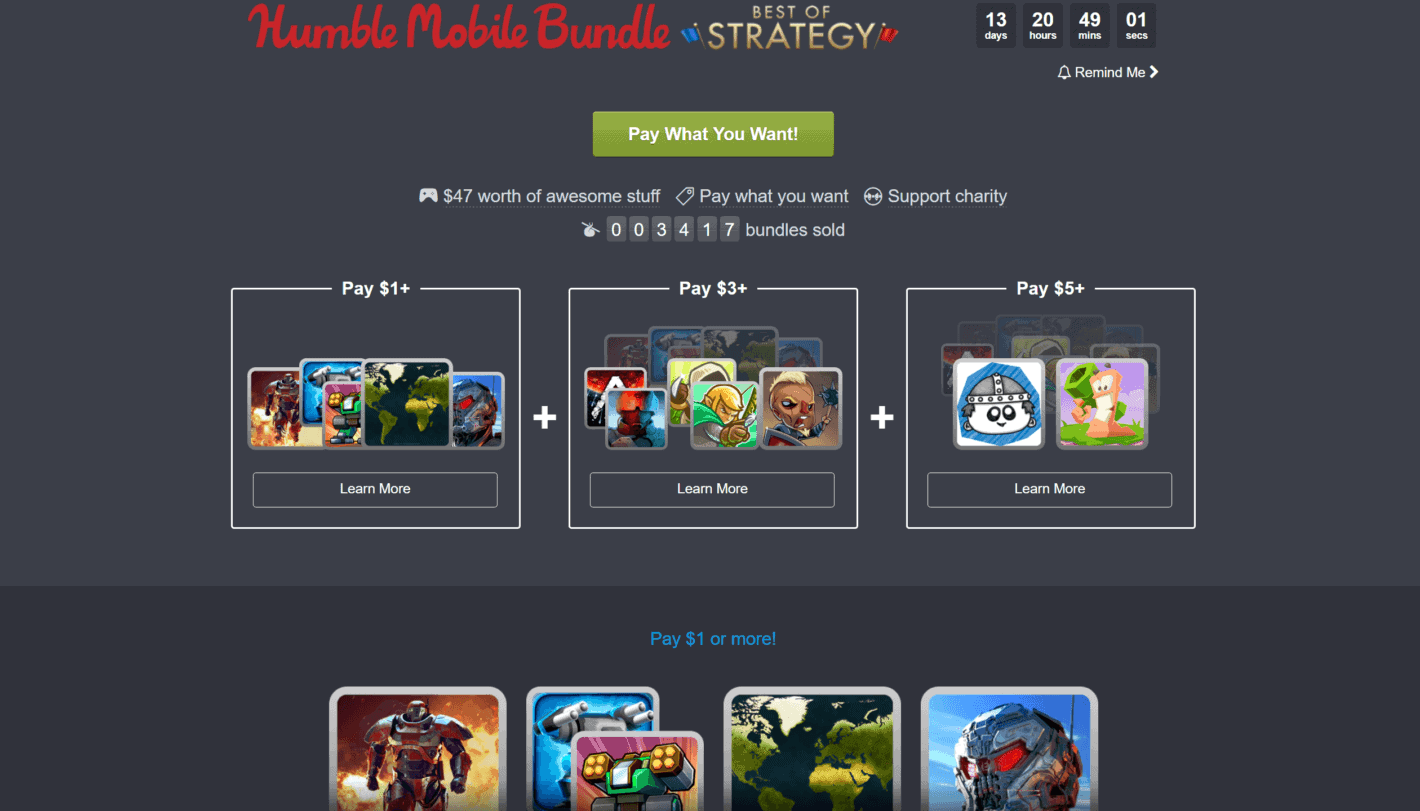 The latest Humble Mobile Bundle focuses on strategy games, but not just any strategy games, the best of strategy according to the curators who have put together this latest pack of mobile game titles, which will attempt to challenge you to think strategically as you make your way through the many hours of gameplay that are sure to be included. As is the case with every single Humble Bundle that’s filled with games, this pack will allow you to get a screaming deal on a whole bunch of games while also donating some of that money you pay for them to a good cause and some of it to the developers, or all of it to a good cause if you prefer.

What’s a little bit different about this particular pack from previous packs is that it seems all of the games have been offered up straight from the get go. Normally, you’ll see about six to seven games included from the start, and in about a week after the initial launch of the bundle which is about a week before it ends, there will be more games added to the bundle. This is also usually displayed as a “more to be added soon” tag among the games that are listed.

For those that enjoy the strategy game genre, you can pay for the games included in three different tiers. If you pay at least $1 you can unlock Epic War TD 2, MechCom 1 and MechCom 2, Age of Civilizations, and and the full version of Battle of the Galaxy which is its $5 IAP form. If you decide to up the ante and pay at Least $3, you can unlock all of those games and also unlock Anomaly Defenders and Anomaly 2, arguably two of the best Tower Defense games (though Anomaly 2 is more tower offense), Kingdom Rush Frontiers and Kingdom Rush Origins, and Hero Generations. Lastly, you can chose to pay at least $5 and you’ll unlock all of the previous titles plus Guild of Dungeoneering and Worms 4. There are also the bonuses, which include soundtracks for some of these games and all are unlocked at the $3 tier. This bundle was just released which means you have just under two weeks to pick it up before it disappears, though if you’d rather wait til next week to see if they add more games, there’s nothing wrong with that.