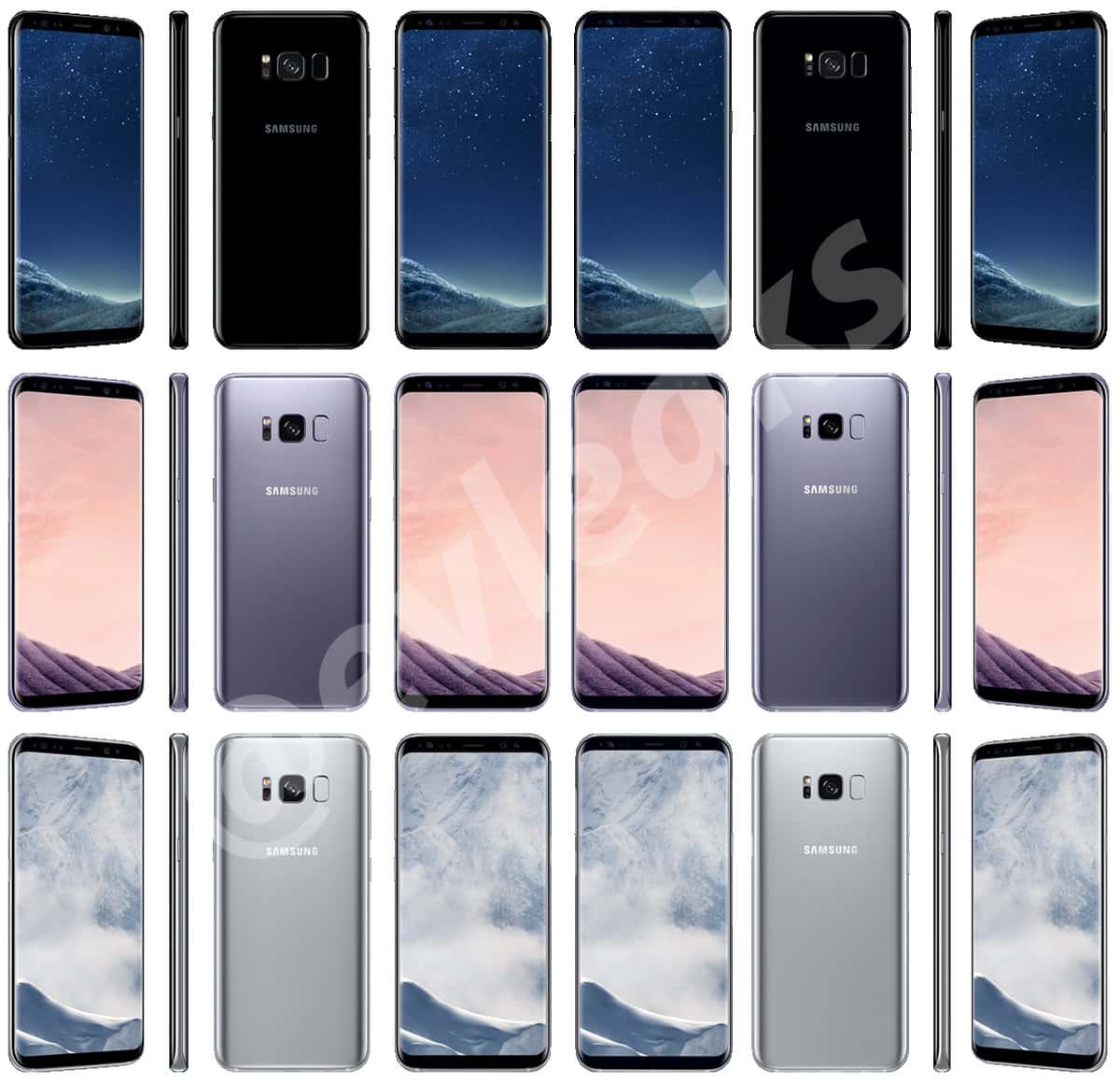 The latest Galaxy S8 and Galaxy S8+ image leak shows all three colors from the front, the sides, and the back, providing a clear view of the color options that Samsung will be selling to consumers once their phones launch at the end of next month. The Galaxy S8 and the Galaxy S8+ will be unveiled next week at Samsung's Unpacked event and while the phone has not officially been announced yet it's typical for mobile devices to leak out ahead of time and it hasn't been any exception for Samsung's upcoming flagship smartphones.

At this point the only color that hasn't been leaked out yet which has been rumored is the previously mentioned Coral Blue color, though there is still a chance that it may surface prior to Samsung's event next week. Having said that it's also possible that Samsung may hold the Coral Blue color back and that it won't launch immediately, but there is nothing to indicate that it will or won't launch at the same time as the others. Samsung's Galaxy S8 and Galaxy S8+ will reportedly come with a 5.8-inch and 6.2-inch screen respectively, both sporting a WQHD+ resolution that can be adjusted down to FHD+ and HD+ if the user decides they want to lower the resolution down, which is a feature Samsung is likely adding so that they can help the user improve battery life if they need it.