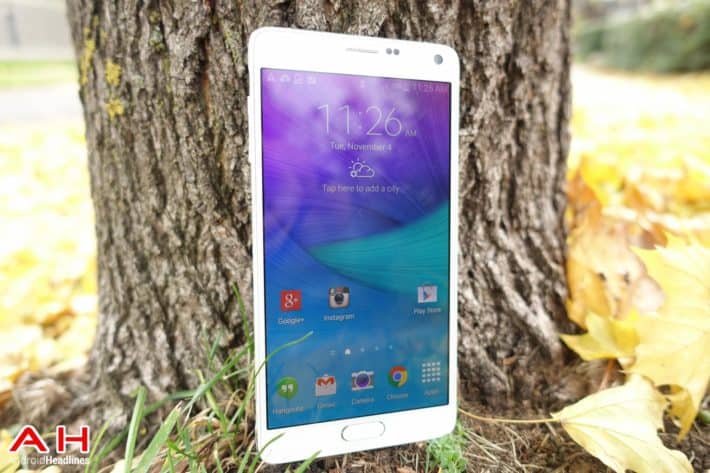 T-Mobile started releasing the January 2017 Android Security Update for all the Galaxy Note 4 units on its network. Some users of Samsung's 2014 phablet started receiving the patch on Monday and confirmed that the package arrived as an over-the-air (OTA) update that their device prompted them to download. The latest Android Security Update for T-Mobile's variant of the Galaxy Note 4 is just over 60MB in size and its baseband version is labeled as N910TUVS2EQB1. The third largest wireless service provider in the United States has yet to officially announce the update seeing how its support pages have yet to mention it, but an update on the situation is bound to follow shortly. In the meantime, it seems that the new update doesn't only ship with fixes for some bugs and security vulnerabilities of the Android operating system but also adds a number of new features. The changelog users are presented with prior to installing the update reveals that the package also includes a new version of Smart Manager and support for Rich Communication Services (RCS).

As expected, T-Mobile is pushing out the latest update for the Galaxy Note 4 in stages, meaning it may take a while before you receive a notification prompting you to download the package. Users who are feeling impatient may try searching for the update manually by opening the Settings app on their smartphone, navigating to the "About device" system menu on the bottom, and tapping the "Download updates manually" option. It's recommended you're connected to a Wi-Fi network and your Galaxy Note 4 has at least 50 percent of battery left before you try installing the package. This latest turn of developments suggests that the Galaxy Note Edge may also receive a similar update in the coming days seeing how T-Mobile has previously updated Samsung's 2014 phablets simultaneously. However, no Galaxy Note Edge users on T-Mobile have yet received a new Android Security Update as of this writing.

It remains to be seen whether other wireless carriers in the country end up following T-Mobile's lead and update the Galaxy Note 4 and the Galaxy Note Edge units on their networks in the coming weeks. Regardless, neither device is expected to ever officially receive an upgrade to Android 7.0 Nougat. 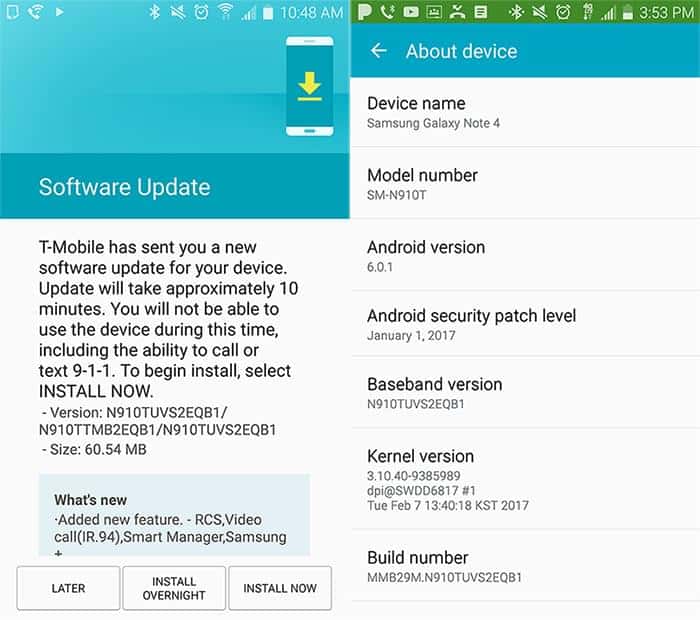