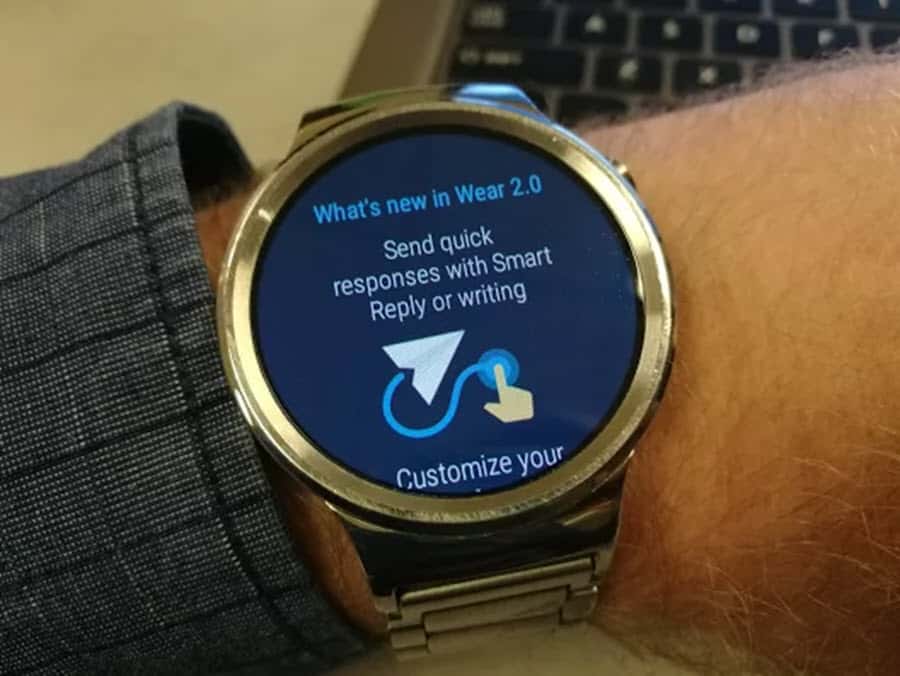 It was just a few days ago that news of Huawei planning an Android Wear 2.0 update for its original Huawei Watch in late March and it appears that time has come as it is now receiving the exciting update. The new Huawei Watch 2 just announced at Mobile World Congress (MWC) in February will come with the new Android Wear 2.0 out of the box, so it is great to see that Huawei has not forgotten about its original smartwatch owners. Although one of the nice features of Android Wear 2.0 is the added ability to make Android Pay purchases – however, the original Huawei Watch does not come with an NFC chip, so you will not be able to take advantage of that feature.

The Huawei Watch was one of the most anticipated smartwatches in the fall of 2015, and with a price tag of $350, we expected it to be a special device. It sported a 1.4-inch AMOLED display with a 400 x 400 resolution, making it one of the nicest displays we had seen on a smartwatch – it also had easy visibility in the outdoor sunlight. It uses a Snapdragon 400 quad-core processor clocked at 1.2GHz with the usual 512MB of RAM and 4GB of internal storage. It came with WiFi, Bluetooth 4.1, a heart rate monitor, barometer, and accelerometer. Power is provided by a 300mAh battery, and it ran Android Wear 1.3 out of the box.

The new Android Wear 2.0 is a major upgrade from the original version and offers many new features to make owning an Android-powered smartwatch a real delight. It does have a visually darker look and feel to it, but also many upgrades. It comes with a native Play Store app that allows you to download smartwatch specific apps from the Google Store directly onto your smartwatch and run them without any Bluetooth tethering. The update also enables an on-screen keyboard so you can reply to a message in a pinch. As mentioned earlier, Android Wear 2.0 brings with it Android Pay capabilities, but the smartwatch must have an NFC chip to take advantage of that feature, and the original Huawei Watch does not carry the NFC chip. Google Assistant is baked into the new release and will allow you to ask questions or issue commands without needing your smartphone. The notifications area has also been optimized to make it quicker and easier to view and manipulate them. Taking the already excellent Huawei Watch and updating the OS is a nice combination that will breathe new life into your smartwatch.