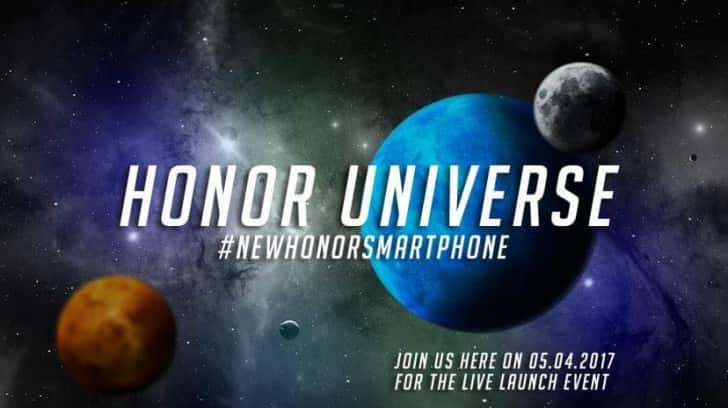 The Honor V9 may be launched in Europe on April 5th if a new teaser from Huawei is anything to go by. The company had sent out invites for the event earlier this month, and while the Honor flagship wasn't explicitly mentioned, rumors about a European launch of the device have been doing the rounds for a while now. Either way, the event will be live-streamed by the Chinese multinational, and will start at 10:30AM GMT. While Huawei has thus far been tight-lipped about what to expect on that day, online speculations seem to suggest that the Honor V9 will finally be launched in Europe on April 5th, although, the Shenzhen-based telecom giant is expected to market the device as the Honor 8 Pro in the continent.

While the Honor V9 was launched in China late last month, it is still not available in Europe, but that will apparently change pretty soon, if the online rumor mills are anything to go by. Having said that, it is important to note that Huawei is yet to officially state its plans for April 5th. Curiously, some online chatter also suggests that the company may actually launch either the Honor Magic or the Honor 8 Lite on that day. While the Honor Magic was launched in China back in December, the Honor 8 Lite is an unannounced mid-range smartphone that was reportedly put up for pre-order in Finland earlier this year. It will be interesting to see which way the cookie crumbles, but a new Honor-branded Huawei smartphone seems all set to make its debut in Europe on April 5th, of that, there seems to be little doubt.

With the Honor V9 still the clear frontrunner for an official European launch next month, let's take a quick look at the phone's hardware specs. The device features a 5.7-inch LTPS IPS LCD capacitive touchscreen display with a QHD (2560 x 1440 pixels) resolution. The handset is powered by a HiSilicon Kirin 960 chipset that is accompanied by either 4GB or 6GB of RAM depending on the model. It also comes in 64GB and 128GB storage options, but both versions include microSD card slots for capacity expansion. Like many of Huawei's recent handsets, the Honor V9 also sports a dual camera setup on the back. That means a dual 12-megapixel module is the phone's primary imaging option, while a front-facing 8-megapixel sensor helps with selfies and video chats. The device carries a 4,000mAh battery and, runs Android 7.0 Nougat out-of-the-box.