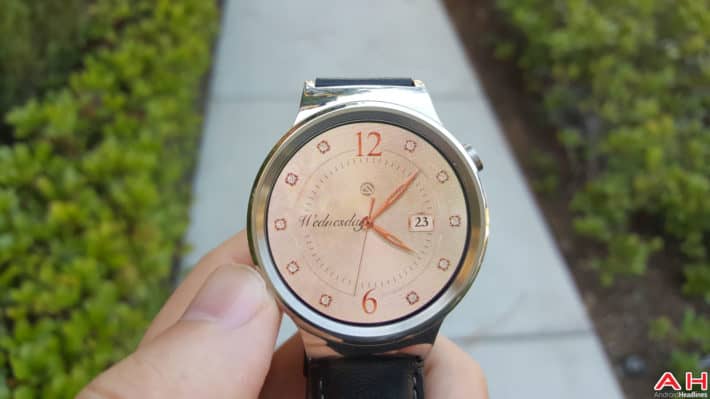 Huawei says Android Wear 2.0 will hit the original Huawei Watch in March, which is this month, but more specifically they’ve stated that the software update will be coming to their first Android Wear smartwatch in late March which means that it will drop for that device towards the end of this month. With no exact date of release for the software users will simply have to wait until it starts showing up, but luckily for those who still use the original Huawei Watch and are waiting on the Android Wear 2.0 upgrade, the bump up won’t be too far off as there is only a couple of weeks left in this month.

The details about the Huawei Watch getting the software update to Android Wear 2.0 came from Huawei’s German Twitter account back on March 9th, though it’s not a surprise that the watch will be getting the update as Google announced which smartwatches on the Android Wear platform would be moving forward to version 2.0 back when the initially announced Android Wear 2.0. What wasn’t mentioned was when each watch that was on the compatibility list would get the update as this is something that is likely left up to the manufacturers. The good news is that Huawei has been on board here and it won’t be much longer before they update original Huawei Watch users.

For Huawei, this will be the second watch they have that will have Android Wear 2.0 software, as the Huawei Watch 2 that they just announced at Mobile World Congress last month comes running the new software out of the box, though it isn’t yet on the market and available for purchase. With Android Wear 2.0, users will get access to a handful of new features that include things like Google Assistant, Play Store access so they can install apps right to the watch, and Android Pay support for those watches that have NFC. The new software also brings more customizable watch faces that will show details about certain things such as steps taken, and the UI as a whole will just be more streamlined and easy to use. Huawei isn’t the only brand to be looking at a March release for Android Wear 2.0 as Nixon has mentioned a March update for their watch as well.