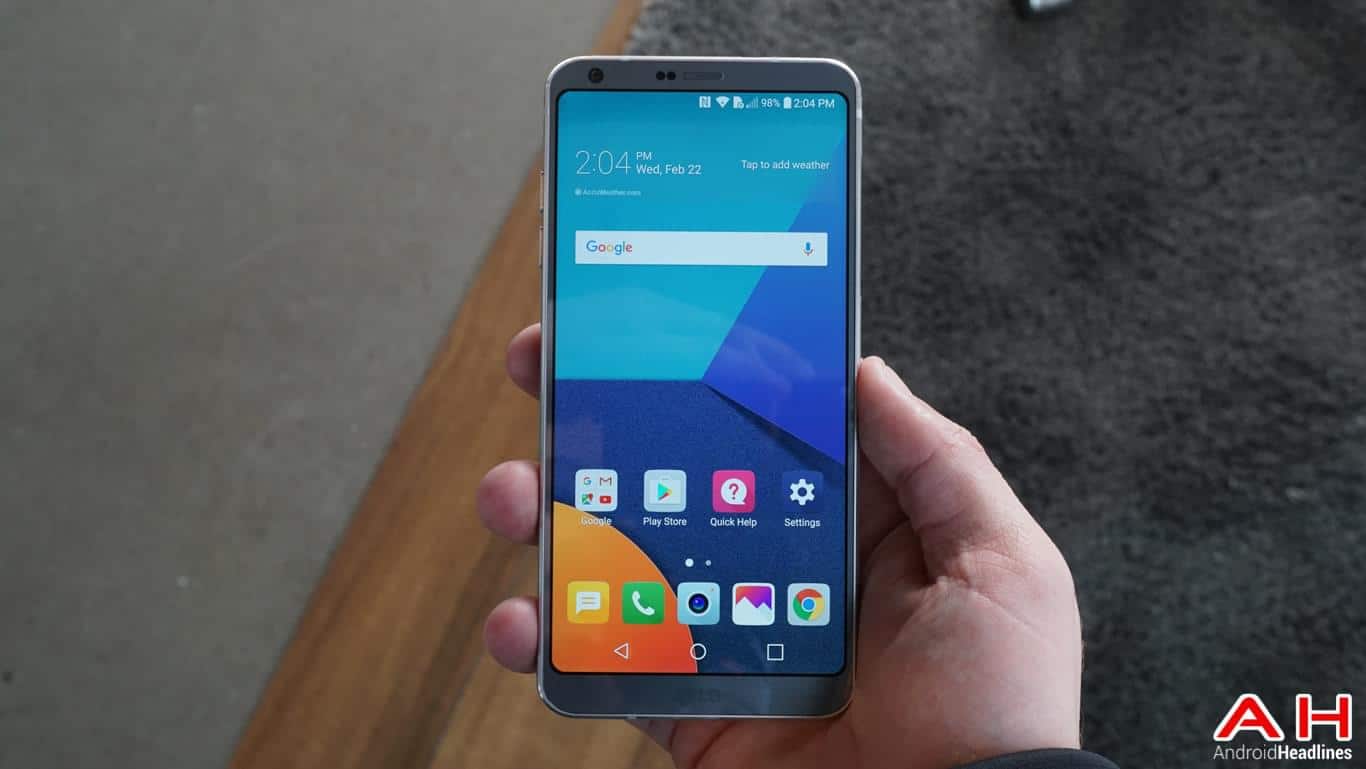 How to Unlock LG G6

MWC 2017 started excellent, with a lot of new and interesting smartphones being launched in the first day of the show in Barcelona. Among them was the LG G6, the South Korean manufacturer's latest flagship and, of course, one of the most expected smartphones of the year.

If you ask us, LG pretty much nailed it, since their handset is absolutely awesome, even though it might be a bit difficult to get used with that 18:9 aspect ratio of the display! 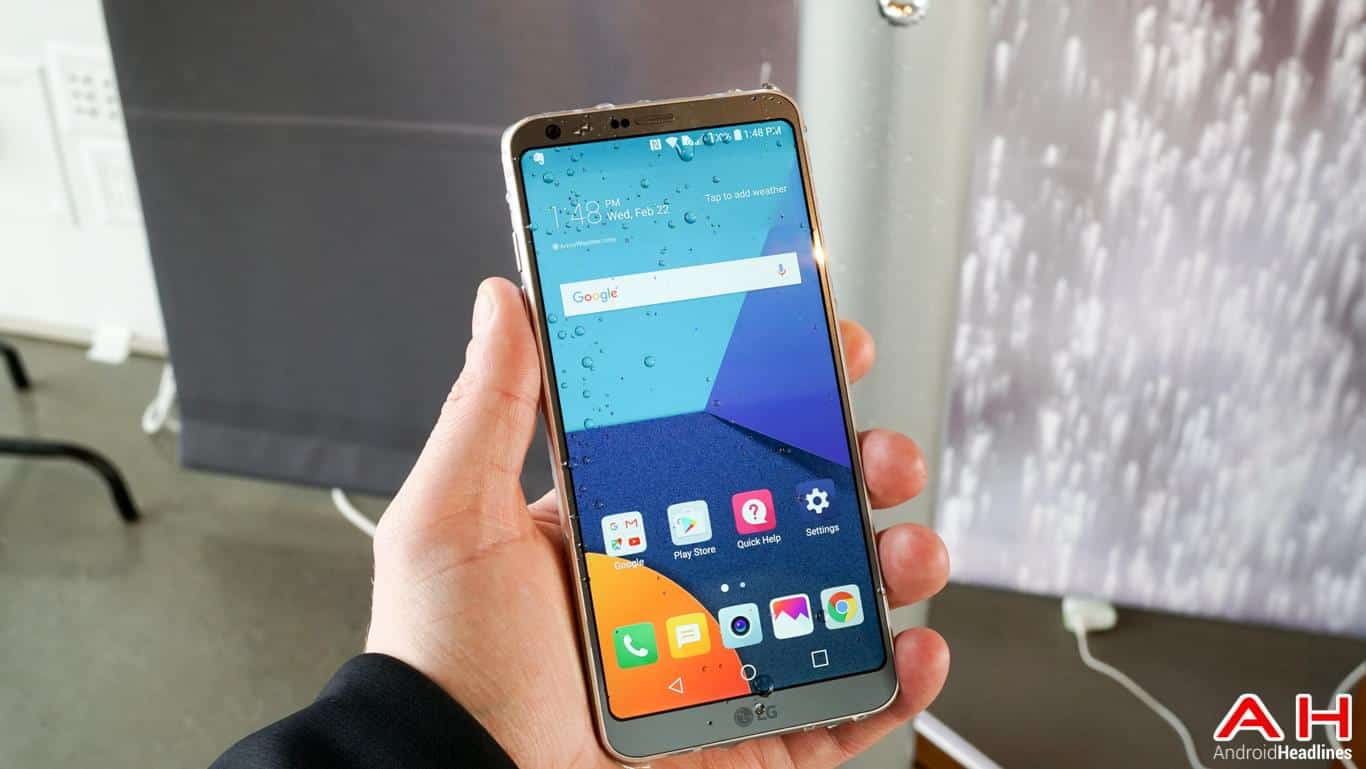 However, as much as we already love it, we're convinced that it will have a not-so-pocket-friendly price tag, because, hey, flagships never come for cheap. On the other side, it won't be long until carriers will offer it, with a two-year contract, for a way better price, and a lot of people will choose this option, in order to get their hands on LG's new flagship!

The biggest downside, though, is the fact that for the entire period of the contract, the phone will be locked, meaning that it's stuck on one carrier's network, without the possibility to switch to another one.  But what if we told you that you can actually unlock your LG G6 with ease, in just a few minutes, and get rid of this problem once and for all?

Currently, there are a few methods of doing it, but there's no doubt that unlocking by code is by far the most popular (and easiest) of them all! Basically, it can be done from the comfort of your own home and you don't need any special cables, software or technical knowledge. Really, it just can't get any better!

Let's see how it's done…

There are plenty of unlock code providers, but after performing a small research, we've come across UnlockUnit.com and UnlockScope.com, which seem to be two of the best services of the moment, as proven by the positive reviews they received from their clients.

After deciding upon one of these two services, it's time to place your order. Select your phone model on the homepage – LG G6, in this case – and click "Unlock Now". You will be taken to the order form, which needs to be completed with the following details: 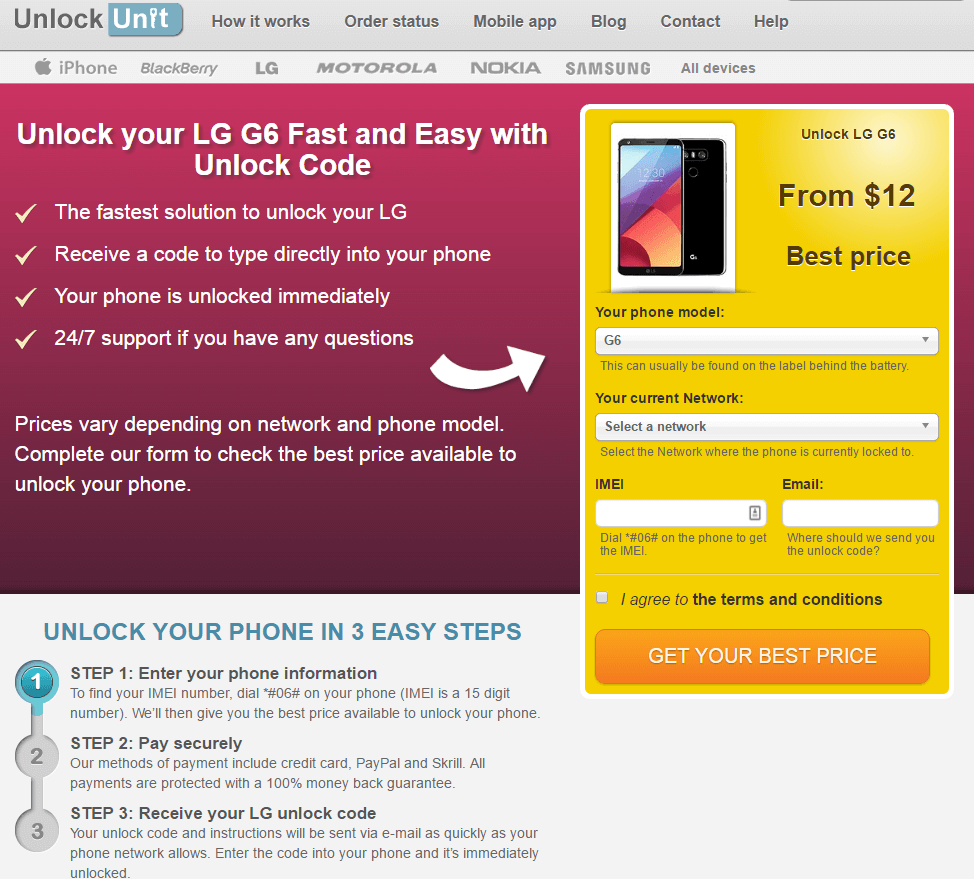 After you're done with all these, proceed to payment.

As a side note, you can also place your order directly from the UnlockScope app!

After placing the order, depending on how difficult to process your IMEI is, you will receive the code, as well as additional instructions, so it's time to unlock your LG G6!

Insert a SIM card from an unsupported carrier, other than the one you're currently using, and wait for the phone to display a message like "SIM Network Unlock PIN" or something similar to this. Using the phone's keyboard, type the unlock code, then tap the "Unlock" button.

You should get the "Unlock successful" message, meaning that your G6 is now ready to be used with any carrier in the world. Pretty simple, right?

Besides this, you can now avoid roaming fees when traveling, by using a local SIM, not to mention that when you will want to sell this phone, you will get a way better price for it, since it's unlocked. And you will also sell it way faster! Just like we told you, unlocking your LG has tons of advantages!