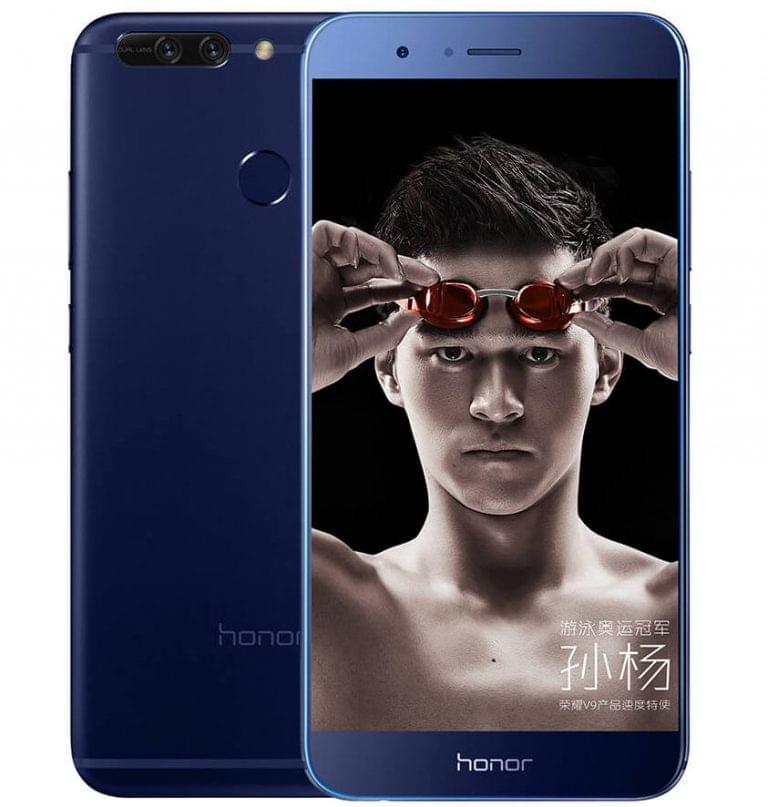 Honor had introduced their V9 flagship phablet at the end of last month, and its first teardown just surfaced. If you take a look at the gallery down below, you'll be able to see a number of images which are showing off what the Honor V9 looks like on the inside. Such images can be quite useful in case you need to fix your smartphone, whether to replace a specific part that lies on the inside, or make a small fix. That is, of course, not recommendable for everyone to do, especially if you don't know exactly what you're doing, or you have a warranty for your device, as opening it up will void your warranty, but… some of you probably like to perform small repairs yourself.

In any case, it turns out that the Honor V9 is not that difficult to disassemble, even though the procedure is not exactly the same as it is on other metal-clad smartphones. Half of its display is attached to the back plate, while the other half is attached to the frame, or at least it seems to be that way from the provided images. All in all, you'll need to be very careful when removing the Honor V9's display (and also its back plate), but once you do that, the rest of it seems pretty easy, as it is on most other metal-clad devices out there. You'll spot the phone's battery, its main camera sensors, etc. The Honor V9 is the most powerful smartphone Honor introduced to date, even more powerful than the Honor 8, though unlike the Honor 8, the Honor V9 is available only in China, at least for the time being.

The Honor V9 features a 5.7-inch QHD (2560 x 1440) display, 4GB / 6GB of RAM and 64GB / 128GB of internal storage. The device is fueled by the Kirin 960 64-bit octa-core processor, which is the most powerful Kirin-branded chip out there at the moment. This phone also packs in a 4,000mAh battery, while you'll find two 12-megapixel camera sensors on the back of the device. Android 7.0 Nougat comes pre-installed on this smartphone, and on top of it, you're getting Huawei's Emotion UI (EMUI) 5.0 skin. The phone's pricing starts at 2,599 Yuan ($377) in China, and you can choose between three different variants in China. If you'd like to know more about the Honor V9, feel free to check out our original announcement.