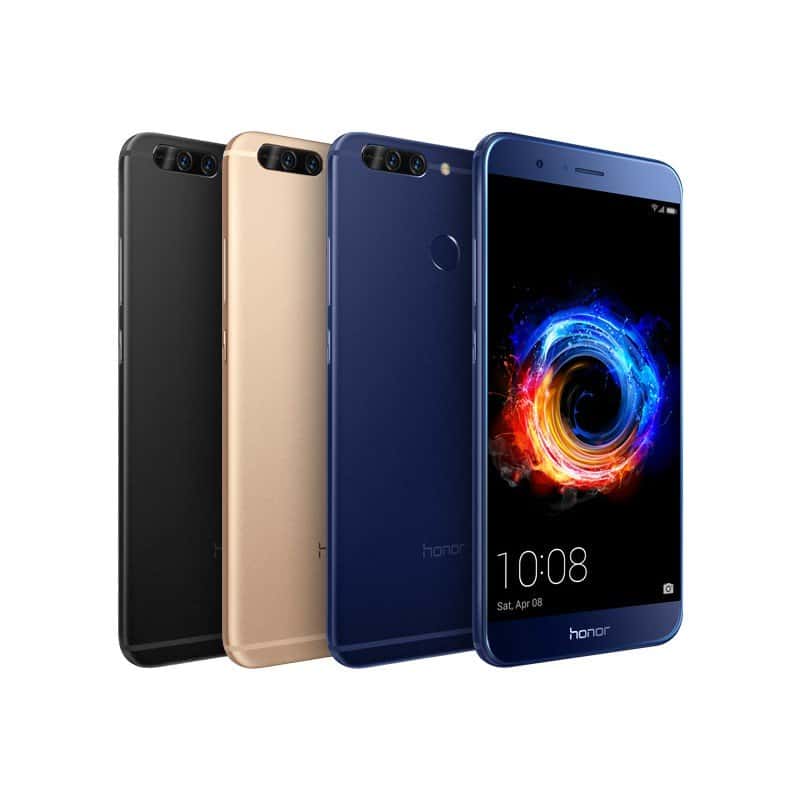 A few days ahead of its official European launch, the Honor 8 Pro showed up on Huawei's official Russian website that revealed all of its specs. Huawei’s sub-brand Honor introduced the Honor V9 in China last month and the Chinese tech giant is now launching the same smartphone under a different name – the Honor 8 Pro – in Europe. The upcoming smartphone will officially debut on the Old Continent on April 5.

With the new model, Honor is expanding its already extensive Honor 8 lineup which includes the standard Honor 8, Honor 8 Lite, and the Honor 8 Smart. As the name suggests, the Honor 8 Pro is an updated version of the Honor 8, one that boasts an all-metal body and rounded corners. The phone features a large 5.7-inch display with 2560 x 1440 resolution and makes use of one of Huawei’s proprietary chipsets, the Kirin 960 with four high-performance 2.4GHz Cortex-A73 cores and four low-power 1.8GHz Cortex-A53 cores. The Honor 8 Pro version listed on Huawei's Russian website features 6GB of RAM and 64GB of built-in storage. However, the company is offering two other variants of the device in China, one with 4GB of RAM and 64GB of storage and one with 6GB of RAM and 128GB of storage. The smaller storage variants feature a microSD card slot that can increase their storage capacity by up to 128GB. For the time being, it's unknown whether the two other storage options will be available in Europe or not.

Dual cameras are becoming the norm these days, so the Honor 8 Pro follows the trend by boasting a dual camera setup consisting of two 12-megapixel sensors that feature f/2.2, phase detection and laser autofocus, dual-LED flash, and 4K video recording. As for the selfie camera, it’s an 8-megapixel one with f/2.0 aperture. The Honor 8 Pro relies on a pretty large 4,000mAh battery and runs Android 7.0 Nougat out of the box. In China, the phone is available in four color options including Aurora Blue, Platinum Gold, Flame Red, and Midnight Black. Judging by the Russian listing and the Honor 8 Pro event invite sent to media outlets earlier this month, it seems that the Flame Red version won’t be available in Europe, though the other three will. The official European pricing details have yet to be announced, though the model with 6GB of RAM and 64GB of internal storage sells for approximately $436 in China.