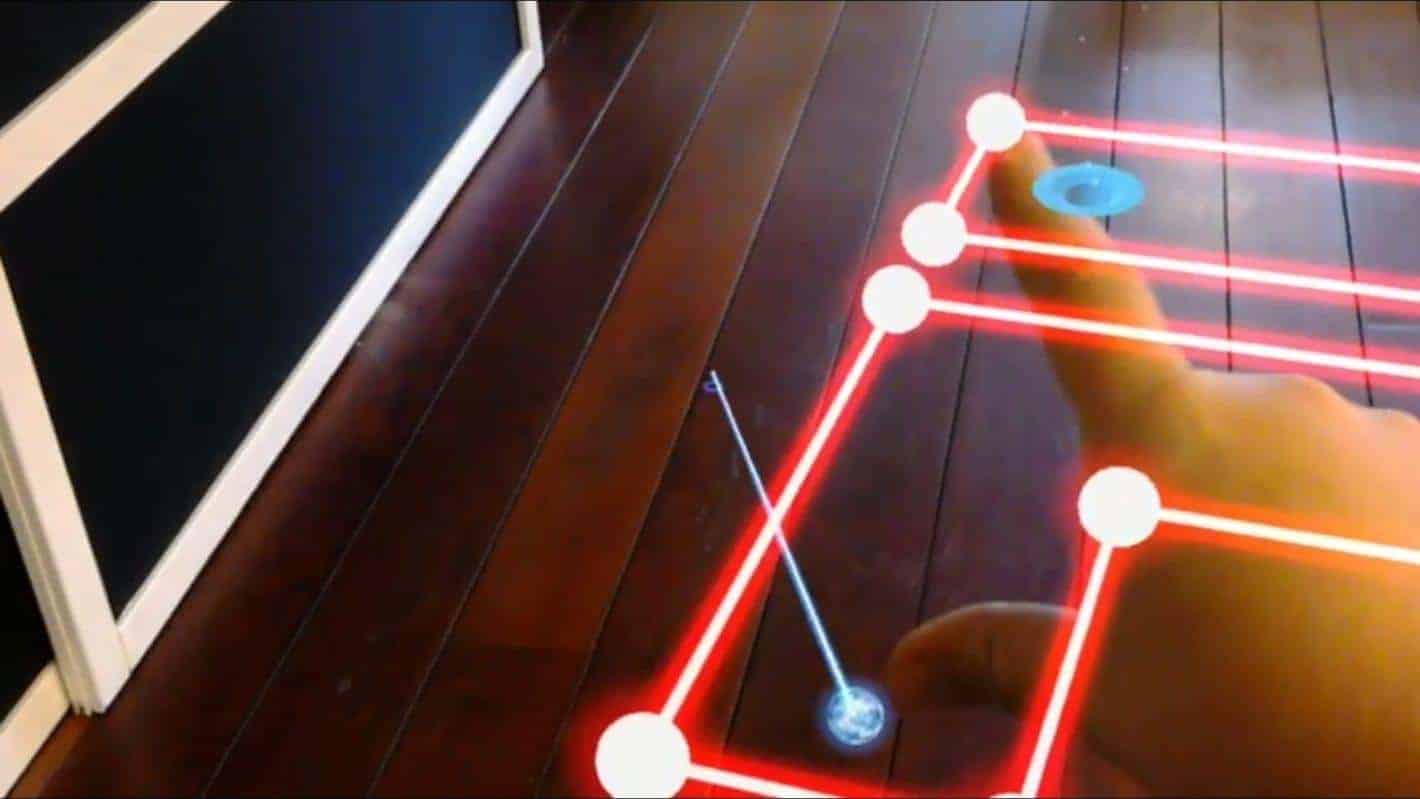 Augmented reality is not the first medium you think of when you think about games being made in a matter of days, but a simple, easy-to-play physics puzzle game called HoloGolf is CapitolaVR's crack at it. The game is deceptively simple, but uses many complex AR technologies present in Microsoft's HoloLens. On the surface, you get a small course that you bounce a ball through, trying to get it into a hole at the end. Under the hood, the game is using a complex physics engine for starters, on top of a sophisticated AR layer that sizes up a room, figures out the lay of the floor, and lays the course according to environmental factors. It couldn't be easier to play – just move your stroke line to where you want to launch the ball, put your hand in front of the AR camera, move it in or out to apply more or less force, and pinch.

The flow of the game is just as simple and intuitive as the gameplay. First, you choose a space to play, marked by a large space in AR. You move your indicator, get the ball in the hole, and end a level. A new course is generated, working around the environment just like the first one, and after three courses, you're shown your scores. From there, you can try another three rounds, or shut off the game.

The game actually came about as a simple idea from a single employee, worked on in their spare time as a side project at first. Like many projects of such nature at companies that are open to the concept, senior developers and others jumped into the project with the side goal of figuring out exactly what kind of AR application they could make in just a few days, with a full team pitching in. Game development jams like Ludum Dare typically attract individuals and teams from around the world and produce a number of cool projects, but taking that phenomenon inside a company's walls, especially a company specializing in VR and AR, can result in focused team efforts that produce highly technical, complex, and user-friendly projects like this one in just a few days.