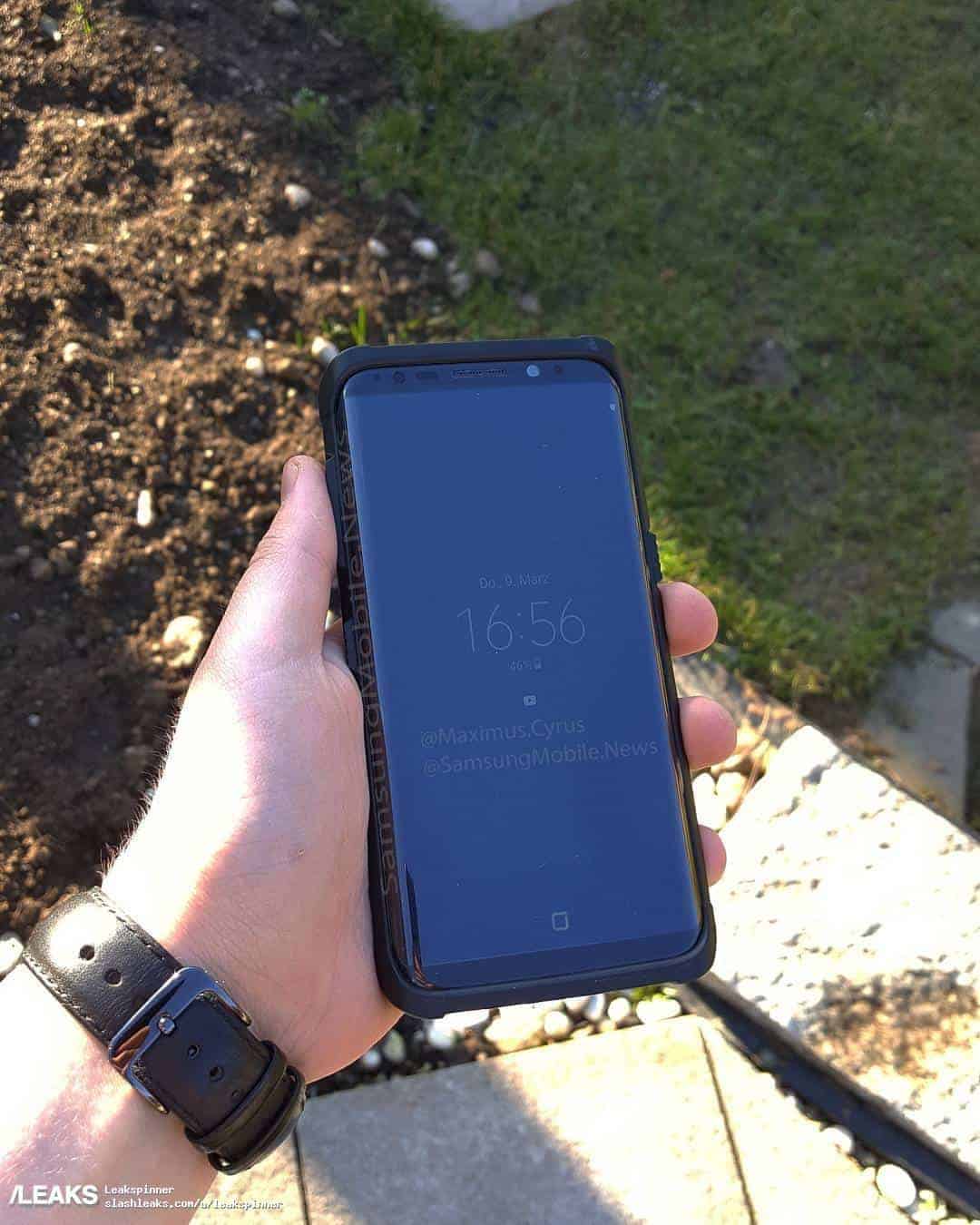 Here's the latest live image leak of the Samsung Galaxy S8, that is, if this leak is to be believed as actually being of the Galaxy S8. While the leak can't be confirmed, it does look exactly like all of the previous leaks of the device that have surfaced so far and that does suggest that this is Samsung's next flagship, while also adding credence to the previous leaks. Since the phone is powered on in this new image, it's possible to see the on-screen home button which carries a square shape and has also previously leaked.

In this image the phone clearly has a case on it so you can't see the full design of the front of the device, but you can make out bits and pieces of the design detail. For example, you get a pretty clear picture of the curved edges of the display on both sides, and you can see the pretty minimal top and bottom bezels thanks to the obvious lack of a physical home button which was present on last year's Galaxy S7 and Galaxy S7 Edge that also served as the finger print sensor. You can also see the front-facing camera and the myriad of sensors up at the top along with the earpiece.

Although it's not possible to see the back of the phone in this image and nor are there any more to accompany it, past leaks have showcased the design of the back in enough detail that it's mostly known what Samsung's next flagship will look like. Samsung is scheduled to announce the Galaxy S8 and Galaxy S8 Plus at the end of this month on March 29th, and they're also rumored to launch the phone the following month in a number of global markets, with the pricing for both phones in Europe and the UK having already leaked as well at prices of €799 and €899 for Europe, and £799 and £899 in the UK. Other rumors have also suggested that both phones will come with facial recognition software installed and both phones have been compared in size to some of this year's and last year's flagship devices, giving consumers a better understanding of how big each phone actually is.