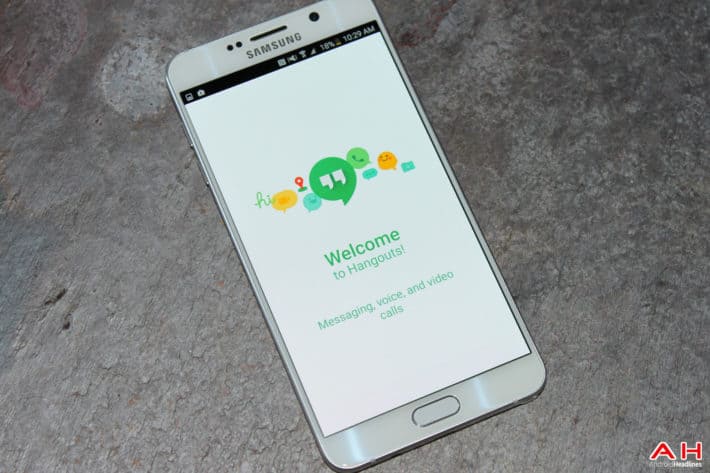 On Thursday, Google officially announced Hangouts Chat and Hangouts Meet, after briefly having the Hangouts Meet app available on the Apple App Store last week. Google has partnered with Box for Hangouts Chat, allowing customers to share content like documents and other files easier and more securely. Now since Hangouts' services are transitioning over to being an enterprise software, it makes sense that Google is partnering with Box, which is mostly used by enterprise customers for storing files. This is due to the fact that Box is more secure than things like Dropbox and even Google Drive.

According to the blog post on Box's website, this new partnership means that Box will be seamlessly integrated into Hangouts Chat. Similar to the partnership they announced with Google last fall for Google Docs and Google Cloud Search. Hangouts Chat, which is actually built for G Suite, makes it easy to scale towards enterprise organizations like large companies and even universities. Box stated that they are "looking forward to working with Google to bring together the best of Box's secure content management with Google's amazing productivity apps."

Box is also touting that their central cloud content management platform will allow customers to use Hangouts Chat with the peace of mind that their content is secure and safe from being hacked. Especially an important topic in this day and age with many people getting hacked, and their information becoming public, when they don't want it too. Box touts that their KeySafe allows users to have independent control of encryption keys, and also meet data residency requirements with Box Zones. Basically, Box is about as safe as you're going to get, when it comes to managing your content with Hangouts Chat.

Hangouts Chat is Google's answer to Slack and Skype, and it's targeted at G Suite users, but it is available for everyone. It's part of Google's ongoing attempt to give users as many messaging apps as possible. Hangouts Chat already seems to be a lot more useful, and easier to use for teams, than regular Hangouts was. Which is a big deal for courting those enterprise customers that they really want to pick up.