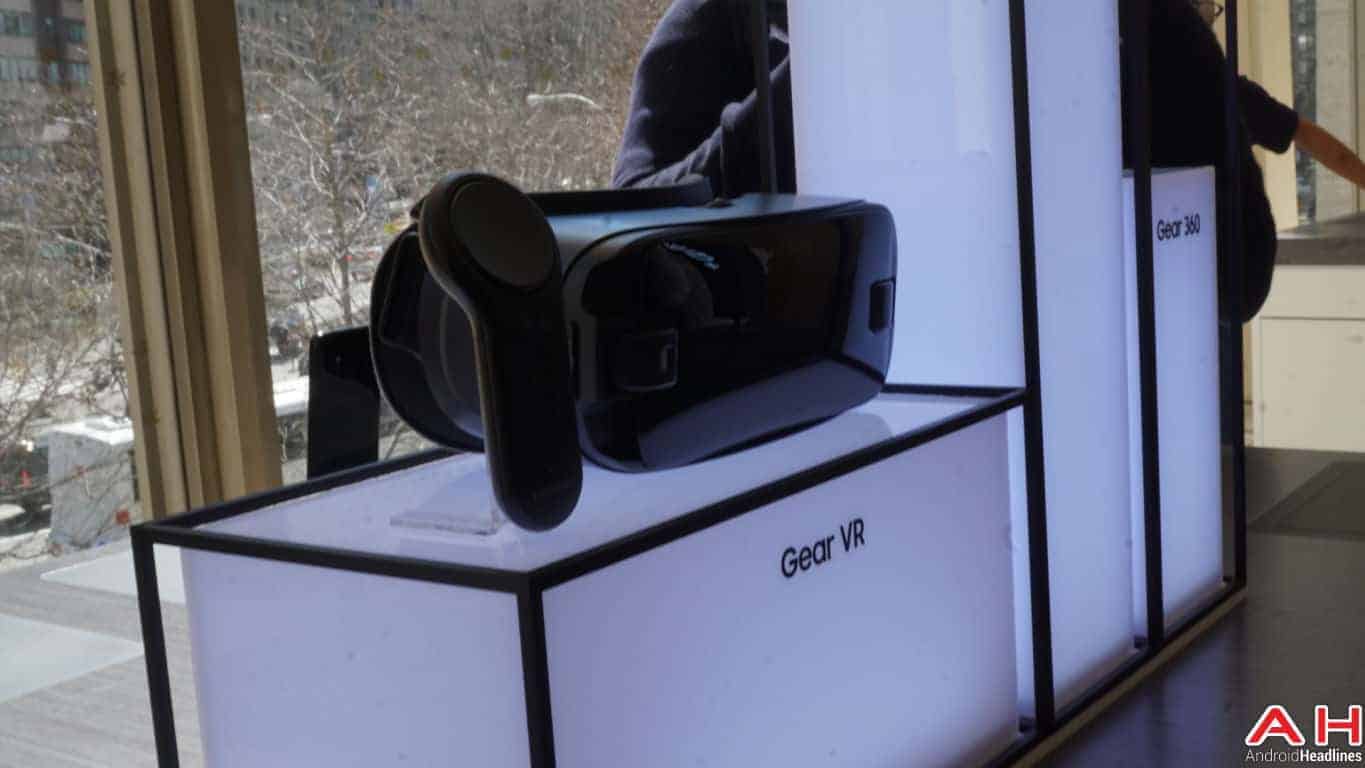 Samsung's officially took the wraps off of their new Gear VR controller back at Mobile World Congress, but at the time they didn't have much information to share on the device beyond that it was coming. Today at Samsung's Unpacked event they finally gave out more details and included in these details was the launch date and price of the headset/controller bundle, which is due to launch on April 21st for the price of $129.

Samsung's new headset, which is really just a new color called Orchid Grey with the same hardware, is all about a relaunch of the popular hardware to accentuate the official launch of the controller next month, and we were able to get some more hands-on time with both at today's Unpacked event to see things more close up. The controller is battery powered and it's rechargeable so you can plug it in when it needs more battery life, similar to the way this works for Google's Daydream Controller. It has a smooth and responsive and tactile touch pad that can be used for navigating through anything from the Oculus Home to the menus and interfaces of applications, and you can even use it for things like pointing to certain stuff with the newly launched Oculus Avatars on the Gear VR.

The controller has buttons for both jumping straight to the new Oculus Home and for jumping back one screen at a time, and the volume up and down keys just below those make it much easier to manage the volume levels for videos, games and other content. The touch pad can be clicked for selecting content just like on the Daydream Controller, but one thing it has the Daydream Controller does not is a trigger button on the back, which can be mapped to various uses by content developers should they choose to implement it. The controller is extremely lightweight and when holding it in the hand it doesn't get uncomfortable or feel heavy after extended use, which is a good thing if you plan on immersing yourself in virtual reality for longer periods of time on a consistent basis. In addition to these things the controller has an LED indicator light on the front at the very bottom which will certainly end up being useful if you're worried about staying on top of battery life.