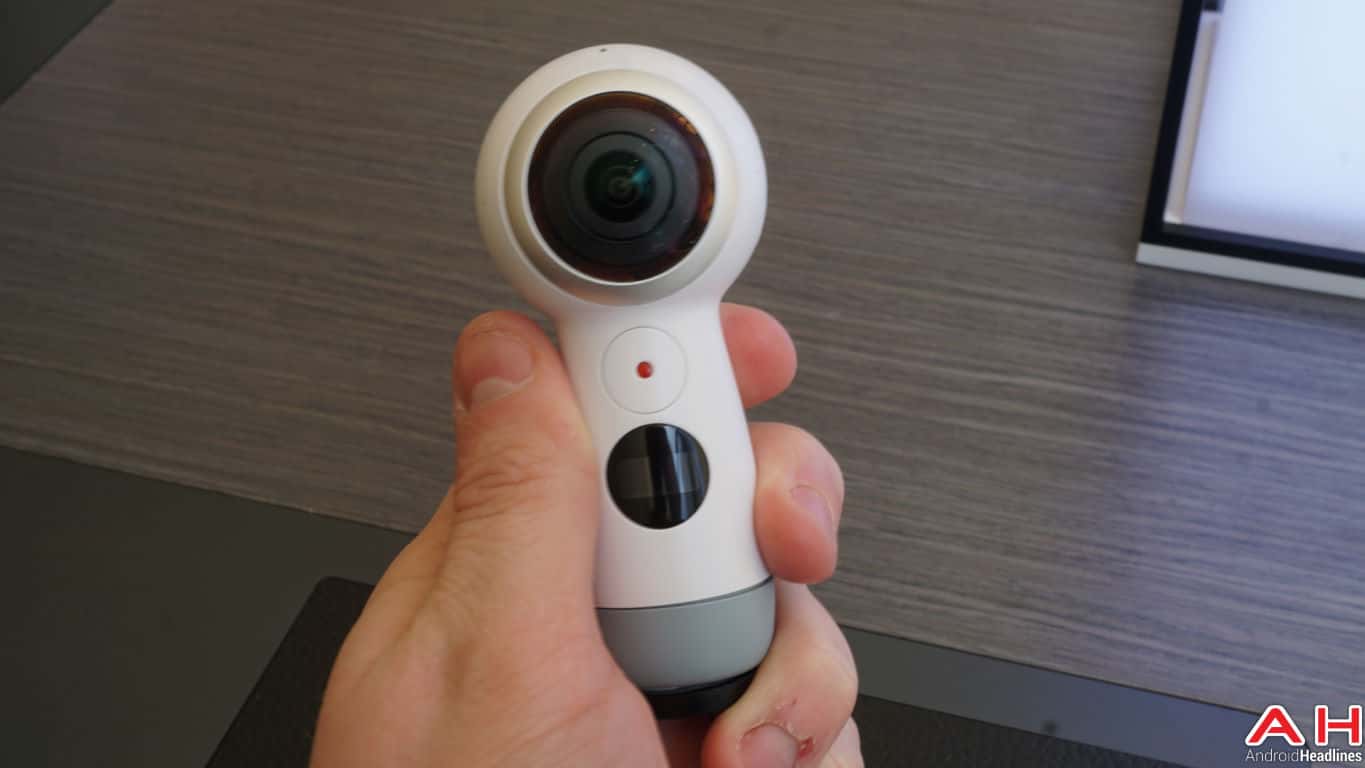 Rumors of Samsung launching a new Gear 360 camera have been around for a little while now, but Samsung officially unveiled the new device today at Unpacked alongside the Galaxy S8 and the Galaxy S8 Plus smartphones, showing off the new and more hand-held design that is also still fairly compact. At Samsung's event today we've been able to get some hands-on time with the camera to see how it feels when holding and to get a closer look at the design as well as the features, and those who were fond of the original Gear 360 camera should definitely appreciate the changes that Samsung has made here, especially since the camera weighs just 130g so it's lightweight and comfortable to hold for longer periods.

The new camera features more than just a new design, as it also carries dual 8.4-megapixel fish-eye camera sensors that can produce 15-megapixel still photos and it's capable of recording video in 4K resolution, so if you want something that can not only give you a 360-view of the world around you but something that can also provide you with footage in Ultra High Definition, the new Gear 360 Camera is what you're looking for. While the new design makes it easy to hold, Samsung has also included a place for users to connect a lanyard for wearing around their wrist of they're worried about dropping or losing the camera, although it certainly isn't a requirement that you use this feature.

Menu and back buttons are conveniently located on the right or left hand side of the camera sensors depending on which hand you hold it in as you can really hold it whichever way you like so they're facing either side, and the large easy to tap record button is located near the base of the handle. The camera will be supporting 360 Social Live Broadcast as well if you like sharing your content with others, but the most exciting part is the universal mount at the base of the handle which allows the camera to attach and integrate with third-party accessories that Samsung will make available for the camera in the future. The new Gear 360 supports microSD card support of up to 256GB for storage space of anything capture, and it supports multiple shooting modes include Video, Photo, Time Lapse Video, Looping Video, and Landscape HDR. It supports Wi-Fi 802.11ac and Wi-Fi Direct, as well as Bluetooth 4.1 for your connectivity purposes, and it contains an 1,160mAh battery that can be recharged when needed. It's also IP53 certified for dust and water resistance which means it will have some protection from the elements.

Advertisement
Trusted By Millions
Independent, Expert Android News You Can Trust, Since 2010
Publishing More Android Than Anyone Else
18
Today
79
This Week
571
This Month
3083
This Year
104562
All Time
Advertisement