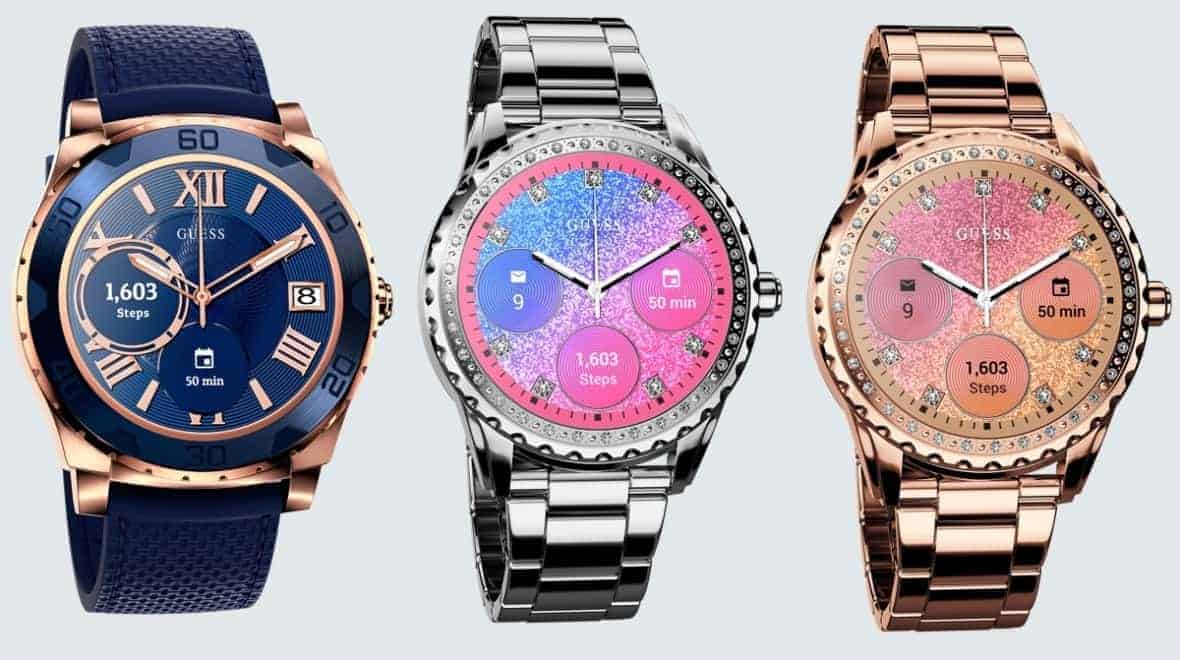 Baselworld 2017 – the yearly watch and jewelry trade show organized in Switzerland every spring is set to open its doors to the public in just a few days from now on March 23rd. Numerous smartwatch manufacturers are expected to showcase their latest products during the event, but interestingly enough, US-based clothing and fashion accessory designer GUESS is already one step ahead with its unveiling plans. Earlier today the company's watch branch "GUESS Connect" announced its plans to release two Android Wear 2.0 smartwatches bearing the Connect moniker, both of which should be showcased at Baselworld 2017 before the end of the week.

GUESS Connect's previous attempt to enter the smartwatch market was a collaborative effort with Martian and resulted in a hybrid watch powered by analog internals, sprinkled with smart functionalities and boasting integration with Amazon's AI (artificial intelligence) Alexa. However, this time around it appears that the upcoming two GUESS Connect wearables will take the form of fully-fledged smartwatches powered by Google's Android Wear 2.0 operating system. Both models will reportedly be equipped with the Qualcomm Snapdragon Wear 2100 SoC (System-on-Chip), which was manufactured on a 28nm process and designed specifically for wearable devices. The Snapdragon Wear 2100 consists of a quad-core 32-bit CPU featuring four ARM Cortex-A7 cores clocked at up to 1.2 GHz, a Qualcomm Adreno 304 graphics chip with support for OpenGL ES 3.0, and includes a Qualcomm Snapdragon X5 LTE modem, Wi-Fi 802.11n, and Bluetooth 4.1 Low Energy connectivity.

As far as the overall design is concerned, the GUESS Connect smartwatches will be available with a 41mm and 44mm dial and in a variety of color and material options. In fact, according to a report passed along by Wareable, the upcoming models will offer hundreds of combinations of colors, display faces, and sub-dials. Options will include a navy blue model, as well as variants enriched by gold, rose gold, silver, and jewel-encrusted elements. Prices for the GUESS Connect Android Wear 2.0 smartwatches haven't been mentioned, and prospective buyers will have to wait until the second half of 2017 before they'll have the option of placing an order. Hopefully, more details about the lineup will be unveiled at Baselworld 2017 later this week.