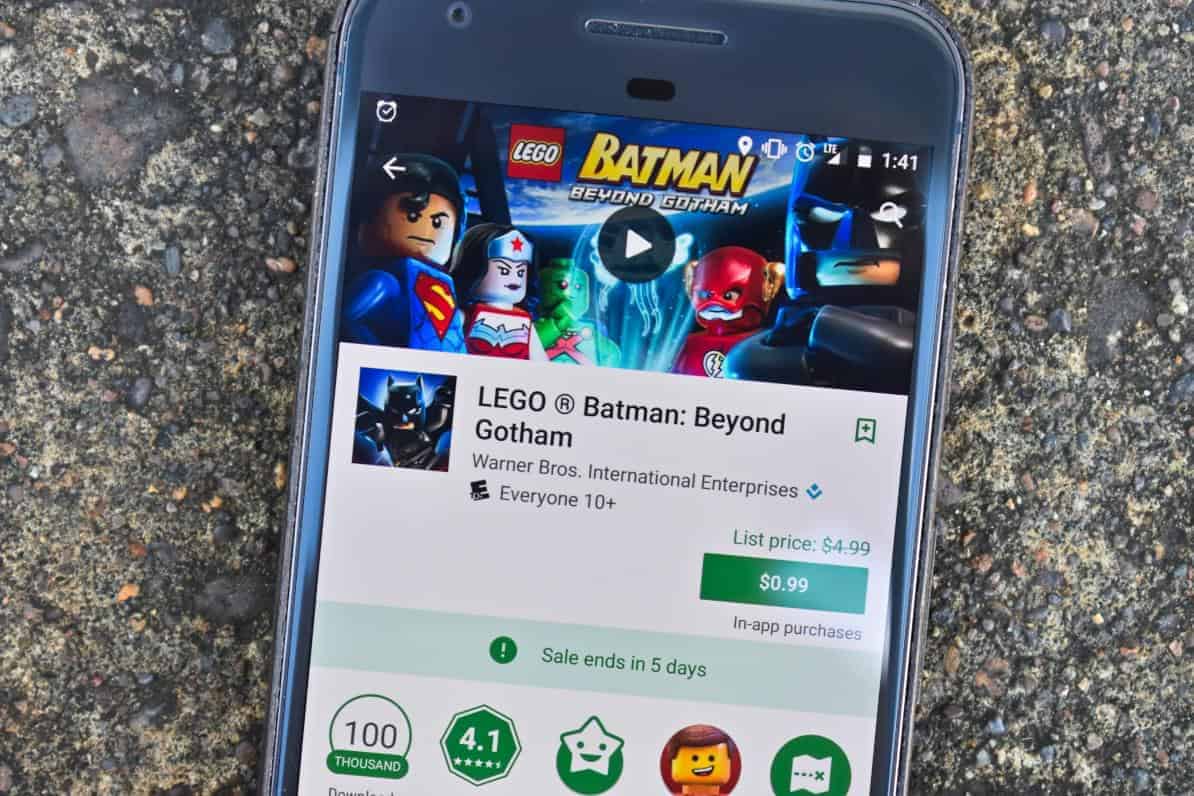 It seems Google is testing yet another change to the layout of the Play Store. As per usual with this sort of Google Play Store tweaking, this is not something which many users will see at the moment, if at all. Google often rolls out changes to the way the Play Store looks and feels and more often than not, these changes are only made live to a select number of users. So for instance, you might be seeing the normal layout (that most are currently see), the layout shown in the images below, or an entirely different one altogether.

In terms of this latest noted tweaking though, it seems the common aspect is the removal of borders from mostly everything. For instance, when you search for an app, while the listed search results do still show in horizontal tab form, the separation between the tabs are far less noticeable and almost non-existent. Likewise, if you then click on any individual app listing, the app suggestions towards the bottom of the page are also lacking much separation, if any. Categories do, so for instance “Similar apps” and “You might also like” are actually more separated (as they now appear more card-looking than anything), but within those separations, the individual app listings lack any separation at all. This can also be seen when clicking through to any developer (Google being the one highlighted in the images below) page. Instead of individual apps by the same developer appearing as individual elements, they all appear within the one element with no visible lines of separation between them. Which again, continues if you click the “more” icon to see the full rundown of apps from the developer – they will all appear as listings that are indistinguishable by lines.

As mentioned, the chances of you actually seeing any of the mentioned changes are pretty low at the moment and there is no guarantee that these ever will make it into the general version of the Play Store app. Although, they could. In either case, you can take a closer look at this particular layout in the images below and see if it matches up with what you are currently seeing with your version of the Play Store.