It currently seems as though Google is A/B testing a different design and layout for the Pixel Launcher that comes pre-installed on the Google Pixel and Pixel XL smartphones. At the moment, the user reports on this are fairly limited and there is no certainty on who is included in the testing – as is the case with A/B testing in general. However, if you own the Google Pixel or the Pixel XL and your home screen looks relatively normal, then it is probably fair to assume that you are not part of the testing.

The reason for this is that the new layout does come with some rather obvious and fundamental changes. The first is that the Google Search pill-shaped button (which is synonymous with the Pixel Launcher) has been removed. In its place, the Pixel Launcher’s new design makes use of an older style Google Search tab – one that stretches across the majority of the width of the screen. Although, this is not the exact same Google Search bar as before, as it does come with rounded edges and is suspiciously similar to one which was previous noted as being in testing as far back as November of last year. In either case, and presumably as a direct result of the employing of an elongated Search tab, the weather widget seems to have now been removed completely. The image below highlights these changes quite neatly.

Interestingly, one user on Reddit (the source of the image below), notes that the design changed occurred when rolling back from the Android 7.1.2 (Nougat) beta to the stable version of Android 7.1.1. With the user also noting that there does not seem to be any functional changes in play here – it is just the displaying of the Google Search bar (and removal of the weather widget) that takes place. While other users are noting that if you go to the Pixel’s settings menu, then to ‘apps’, then to ‘Pixel Launcher’, and clear the data, the new style (with old style Search bar) is replaced again by the current (pill-shaped) button. Likewise, some are noting that the new style changes to the old style after performing the clear data action on the current (normal) layout. 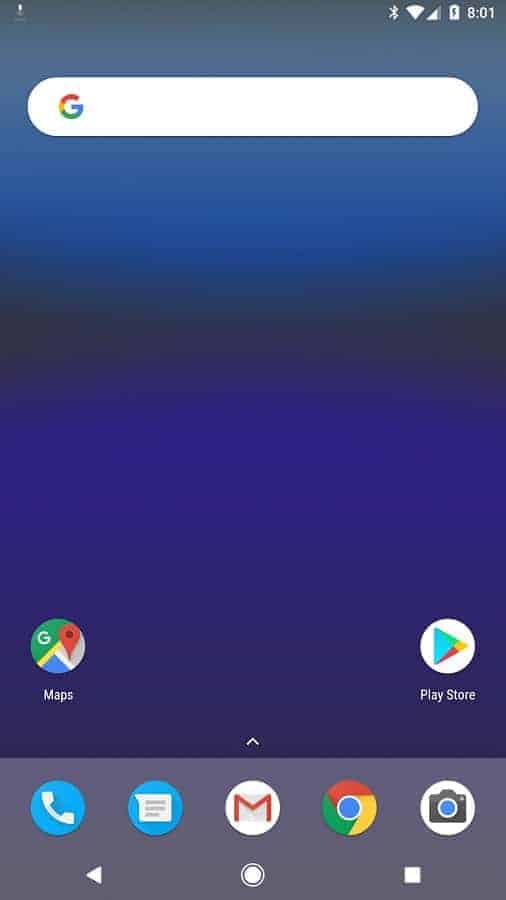