Artificial Intelligence (AI) has made many leaps of progress over the last several years but if a new study from Google is anything to go by, it may soon also be a tool used to combat cancer. Google's study focused primarily on breast cancer to makes its case and used the company's Deep Mind AI to examine microscopy images to look for problems – similarly to how a pathologist would traditionally analyze the images. However, AI has distinct advantages that are shown fairly conclusively in the study.

A cancer diagnosis is never good, but one of the biggest problems facing both patients and doctors is just how difficult diagnosis is in the first place. Although medical and technological breakthroughs have allowed for medical imaging at resolutions of around 100,000 x 100,000 pixels, the diagnosis problem is not necessarily due to a lack of details in diagnosis techniques. It is more accurate to say that the problems with diagnosing such illnesses stem from the length of time and intensive labor involved in analyzing such images for the tiniest of problems. Google concludes that this would be the perfect place for AI to step in. While a human may have some difficulty, relating to problems with eye-strain and the psychological problems that arise after studying visually similar images over long periods of time, AI does not. Moreover, the tests in Google's study show that Deep Mind can currently detect problems down to a scale of only 100 x 100 pixels and has a higher accuracy rating than people do in most cases. In fact, Google conclusively shows a decrease in false negative rates by up to 75 percent. That represents a substantial improvement over pathologist analyses.

The results are, of course, just preliminary. It will most likely be some time before labs in the real world are using AI to detect cancer. It also goes without saying that even the great results being achieved now could easily be dwarfed by further investments and research.  What this current research shows is that AI-assisted medical diagnoses are almost certainly destined to become an industry standard. Obviously, AI is not going to provide a direct cure for any of the worst diseases facing mankind, but early detection makes treatment much more effective and could potentially save thousands of lives every year in terms of breast cancer alone. 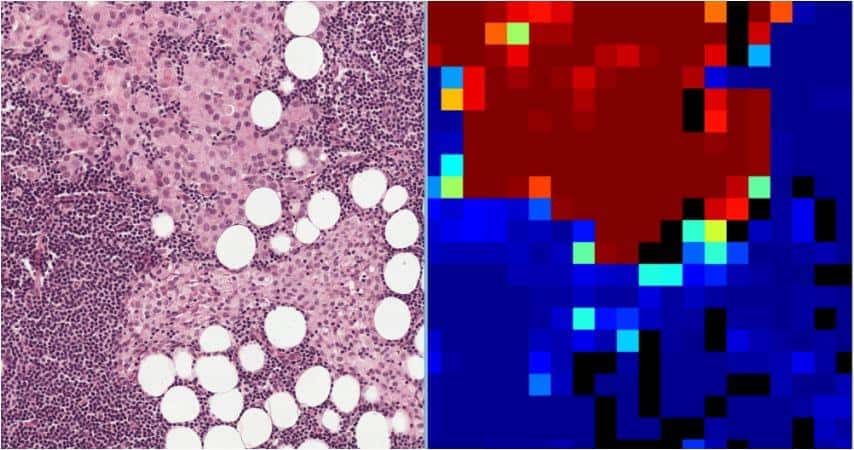