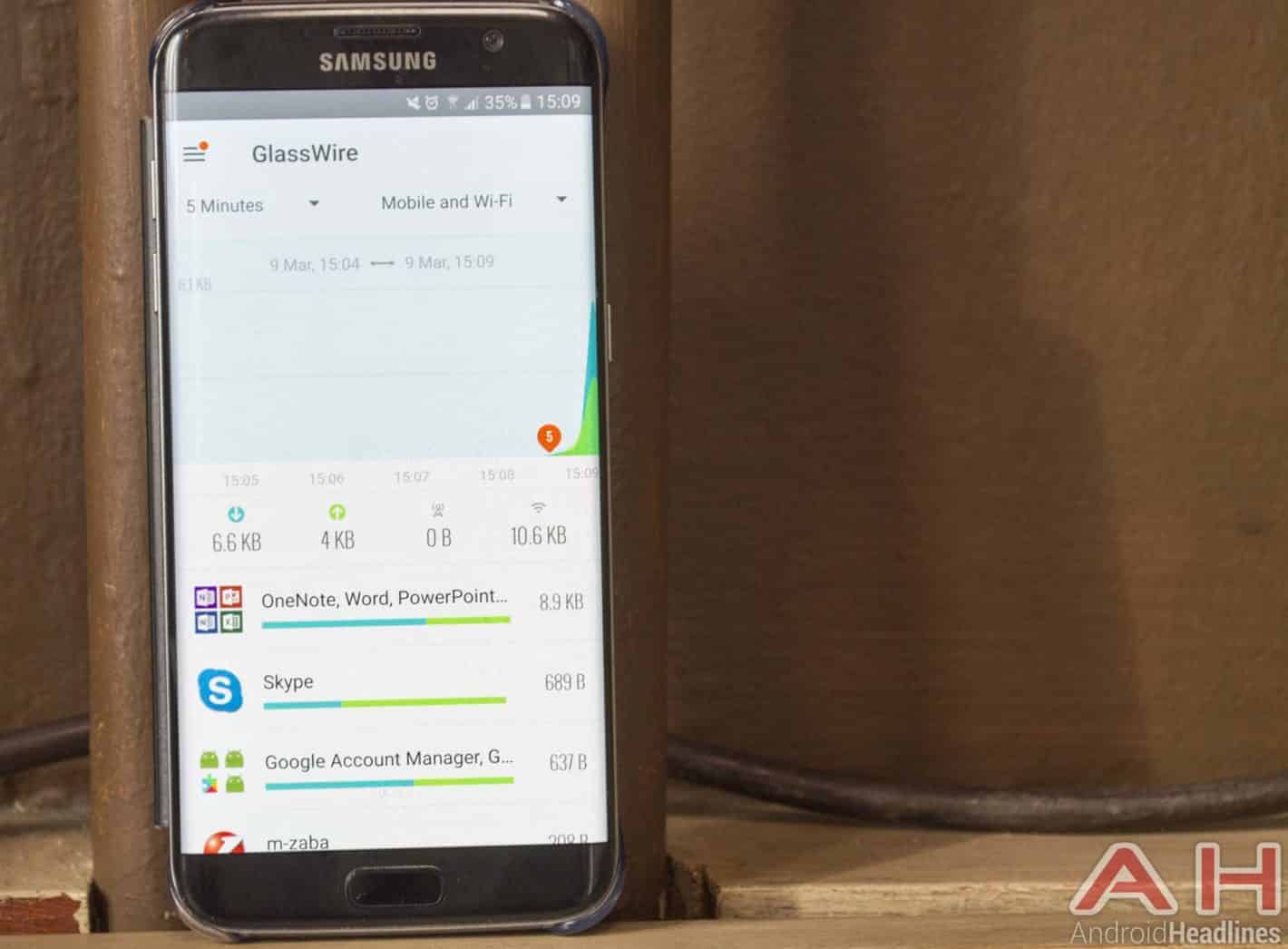 GlassWire, an app designed to function as a data usage monitor for Android devices hit the Google Play Store earlier this month and is now available for download worldwide. Developed by SecureMix, GlassWire promises it's the best solution of its kind as it will allow you to instantly see which apps are wasting your limited Internet data and which apps are acting in a suspicious manner by constantly sending or receiving sizable data packages. Additionally, the GlassWire app will also provide you with a simple way of identifying apps that are slowing down your connection or are responsible for your overage charges. As expected, the app can be used to monitor both Wi-Fi activity and data that Android apps send and receive over your mobile network.

The GlassWire app features the ability to create live graphs that can visualize the Internet activity of your apps and allow you to track your data usage in real time. Like many other similar apps, this solution also supports data alerts that can either notify you when your data limit is reached or notify you when a certain amount of data has been spent. The latter functionality is particularly useful if you're looking to be conservative with your data plan and are trying to avoid overage charges in time. The app is capable of tracking communications via all standard mobile networks and Wi-Fi hotspots and features a relatively simple user interface that's easy to navigate. SecureMix revealed that GlassWire was initially created to fulfill their own needs as the developers wanted a simple way to track data usage across their apps and weren't satisfied with data monitors that already existed on the Google Play Store.

GlassWire can be downloaded from the Google Play Store free of charge and the app seemingly features no ads or in-app purchases. It's compatible with most devices running Android 4.4 KitKat and newer, meaning you should be able to install it on most Android smartphones and tablets. In case you aren't worried about data usage but want to learn more about your connection speeds, you may also want to install a network testing app on your device.