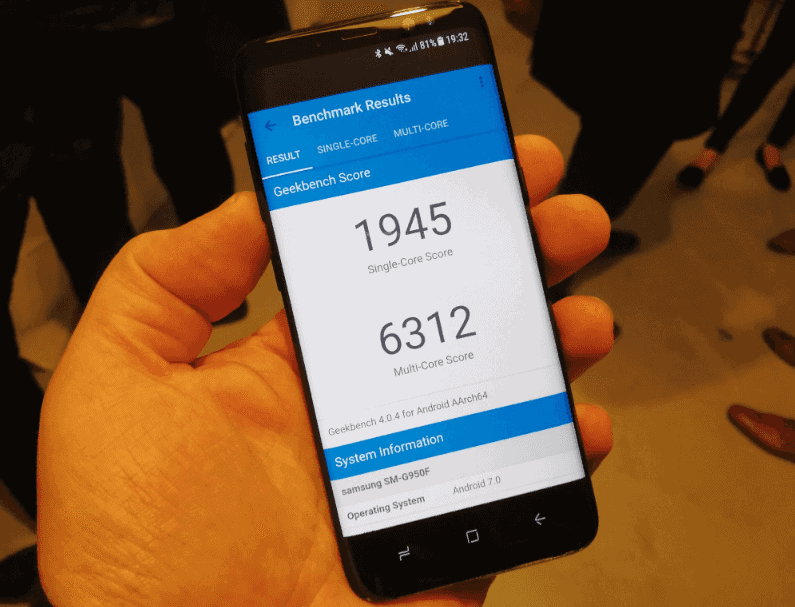 The Galaxy S8 and Galaxy S8 Plus landed a couple of hours ago, and Ronald Quandt just shared Galaxy S8’s Geekbench score on Twitter. Mr. Quandt installed Geekbench on the device, or a person who sent them those images did, and the phone managed to score 1,945 points in the single-core, and 6,312 points in the multi-core test. Do keep in mind that this is the Exynos 8895-powered Galaxy S8 unit which comes with the Mali-G71MP20 GPU, and not the Snapdragon 835 model which had also been announced by Samsung earlier today.

These two smartphones pack in 4GB of RAM and 64GB of expandable internal storage, while you’ll get Android Nougat out of the box here if you opt to purchase either of the two devices. Samsung’s UI will come installed on top of Android Nougat on both devices, and the Galaxy S8 and Galaxy S8 Plus are made out of metal. Now, these two smartphones will become available for purchase starting on April 21, though pre-orders are kicking off tomorrow in the US. The two devices will be available through all major US carriers, and also some retailers, and you can read more about that by clicking here, just in case you’re interested. Samsung did not release much availability and pricing details for the rest of the world, but some sources already announced availability details for these two phones, you can already pre-order them through Vodafone UK, for example. 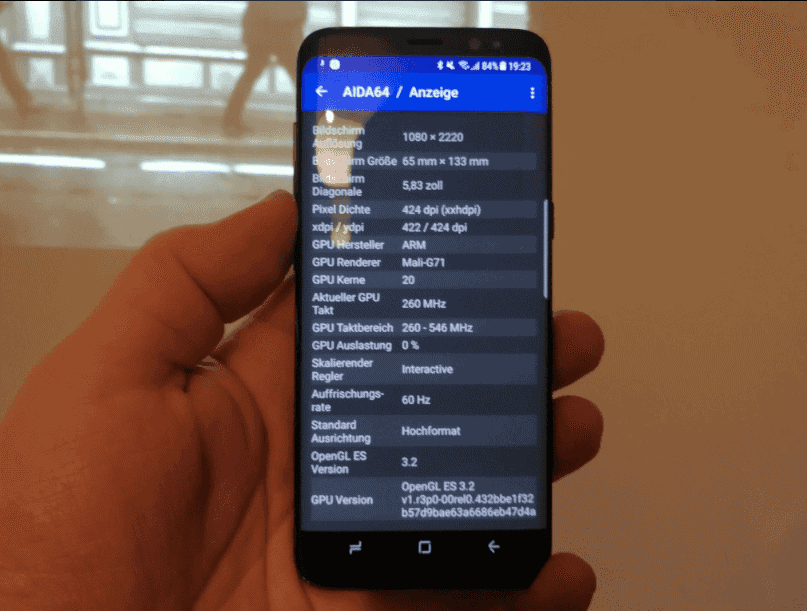