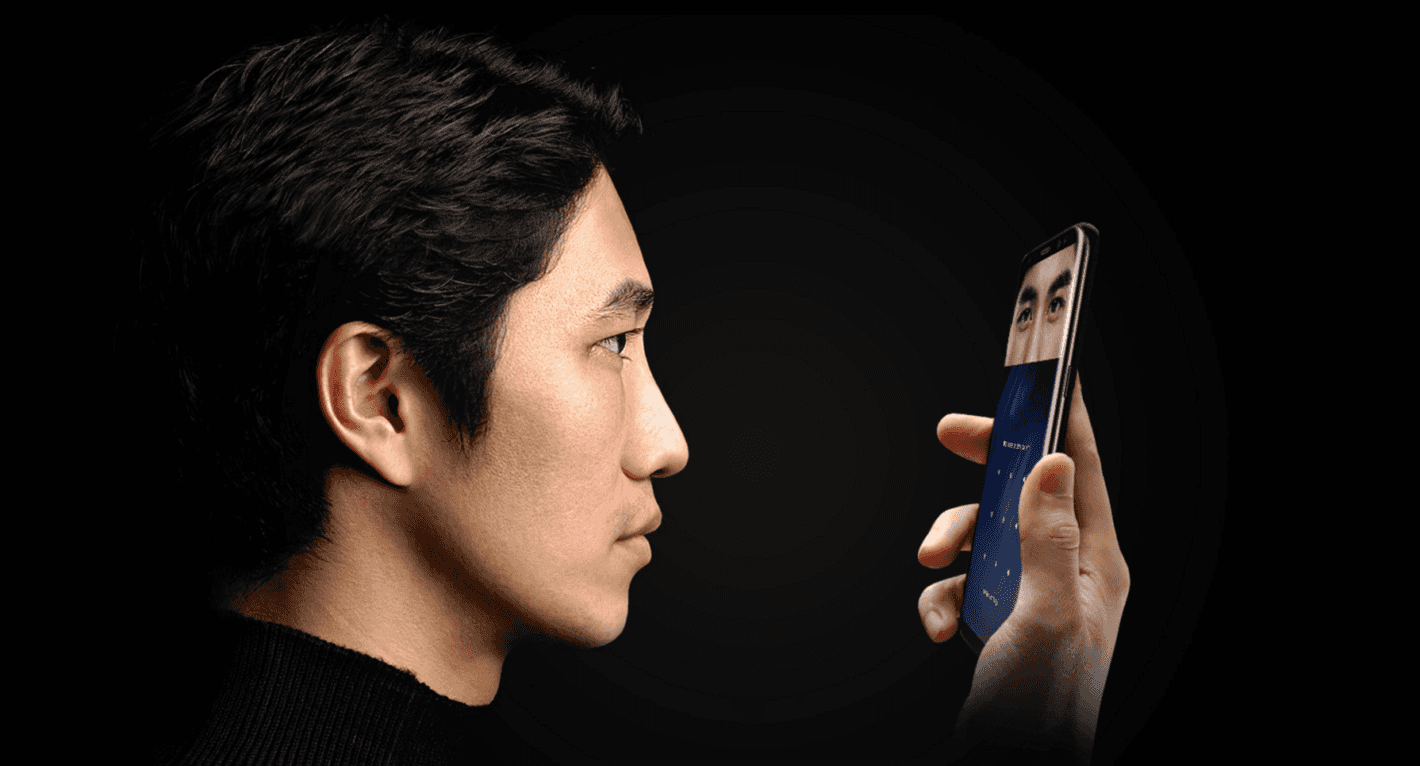 Samsung has today revealed its new Galaxy S8 and Galaxy S8 Plus flagships which are packed with tons of security features. In recent years Samsung has consistently increased device security. Initially, with the introduction of the fingerprint scanner on the Galaxy S5 and most recently with the introduction of the iris scanner on the Galaxy Note 7. With this year’s new flagships, though, it appears Samsung has introduced a third security option to go alongside the two, as well as the traditional PIN and password unlock methods. All of these unlock methods work in hand with a number of other security features, though.

As mentioned, this year’s devices once again include fingerprint and iris scanners. As is usually the case, both of these scanners have been improved and are now quicker than ever. Aside from these two, though, the South Korean company has also included facial recognition, allowing users to unlock their devices in an instant by simply looking at their phone. Now, not everything is about physical sensors, though, with software also playing an important part. With the new devices, Samsung has included both Samsung Pass and Secure Folder – the former allows users to log into web pages by simply using one of the scanners, while the latter allows users to keep both apps and files private by putting them inside a folder which is only accessible by them. To top all of this off, Samsung has also improved the security level of Knox, which now sits at version 2.8. The company claims that the level of security provided by Knox has been “approved by governments worldwide” and starts at “chip level”, something they say is only possible because they are the manufacturer of the chip included in the lineup. Overall, the latest version of Samsung Knox will allow for hardware-level encryption and real-time protection.

With Security gaining an ever-increasing importance for consumers, it’s no surprise Samsung has included so many features in the two devices. With nearly a month before Samsung’s devices go on sale, it’ll remain to be seen how the company will keep building up hype surrounding its new flagships, especially considering the competition it’ll face from LG’s G6 and Huawei’s P10 lineup. One thing’s for sure, though, security features, as well as the safety of the devices, are sure to form a central part of the marketing campaign in the run-up to launch. 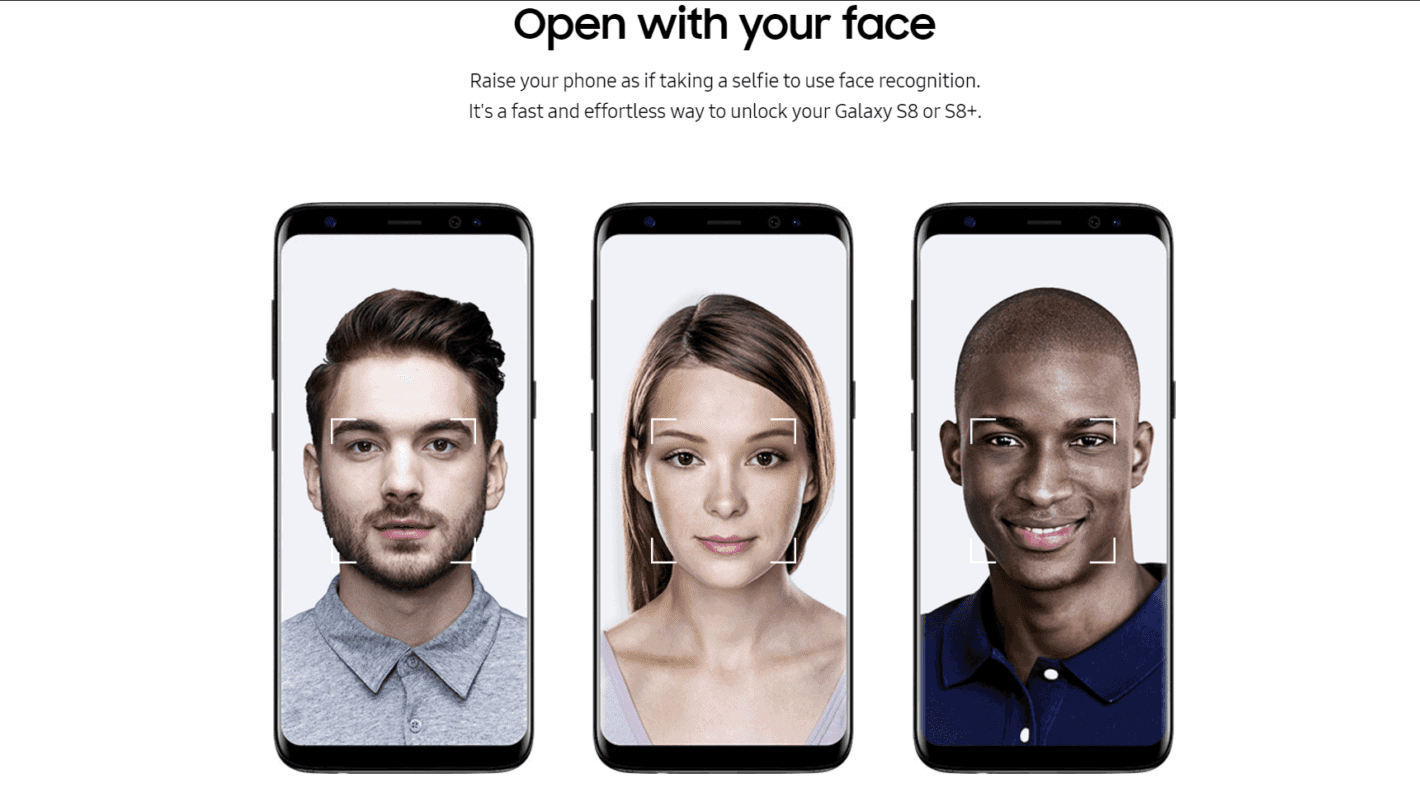 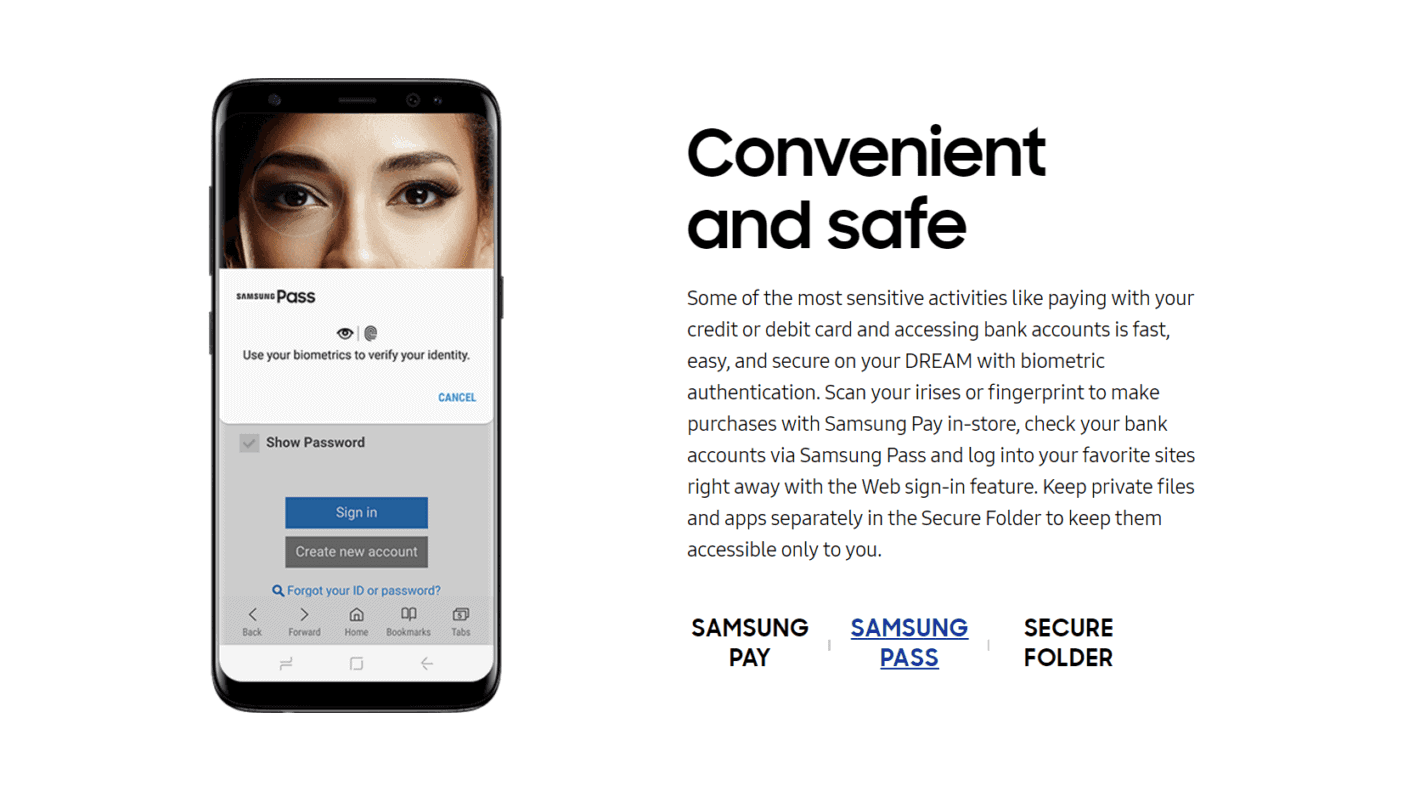 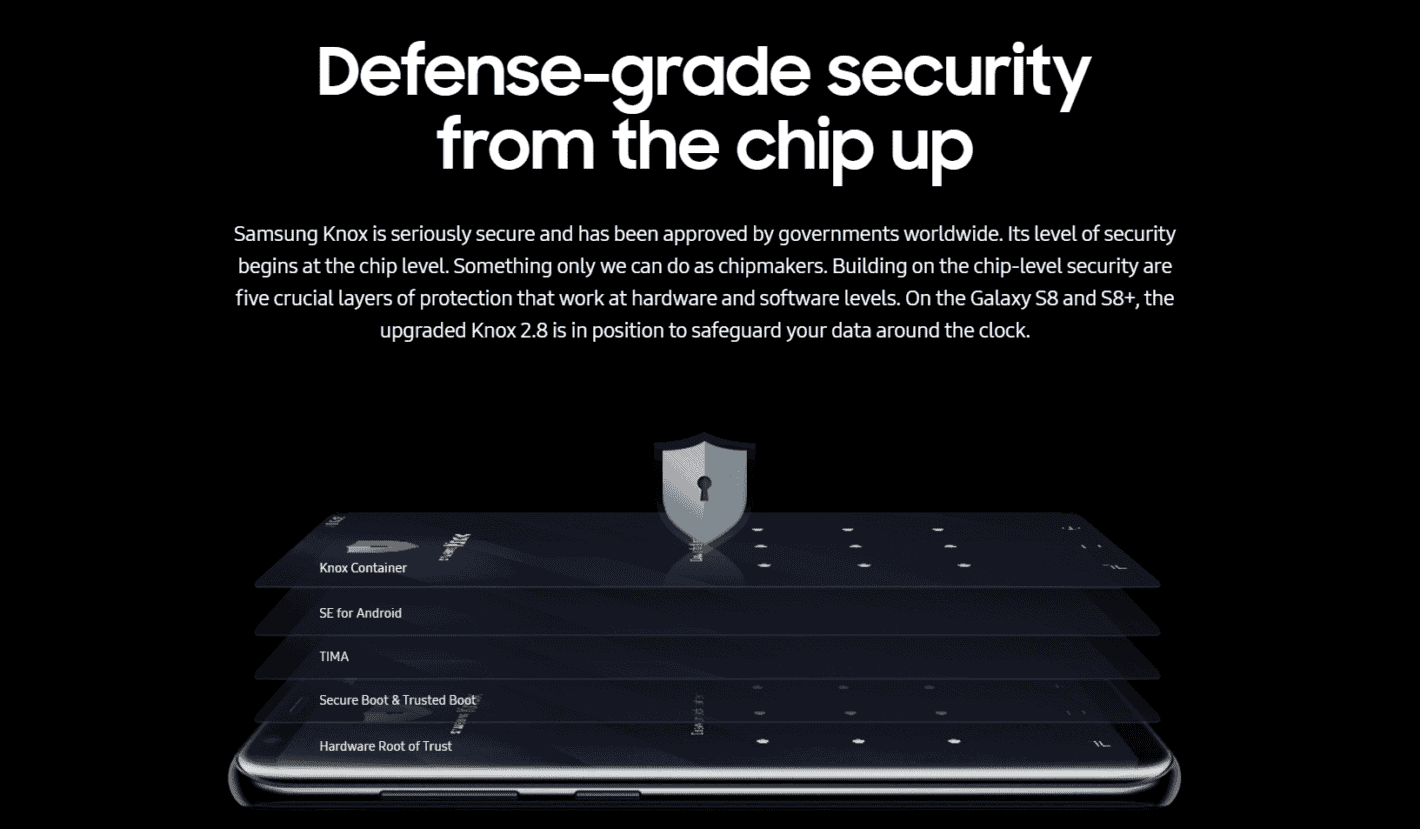 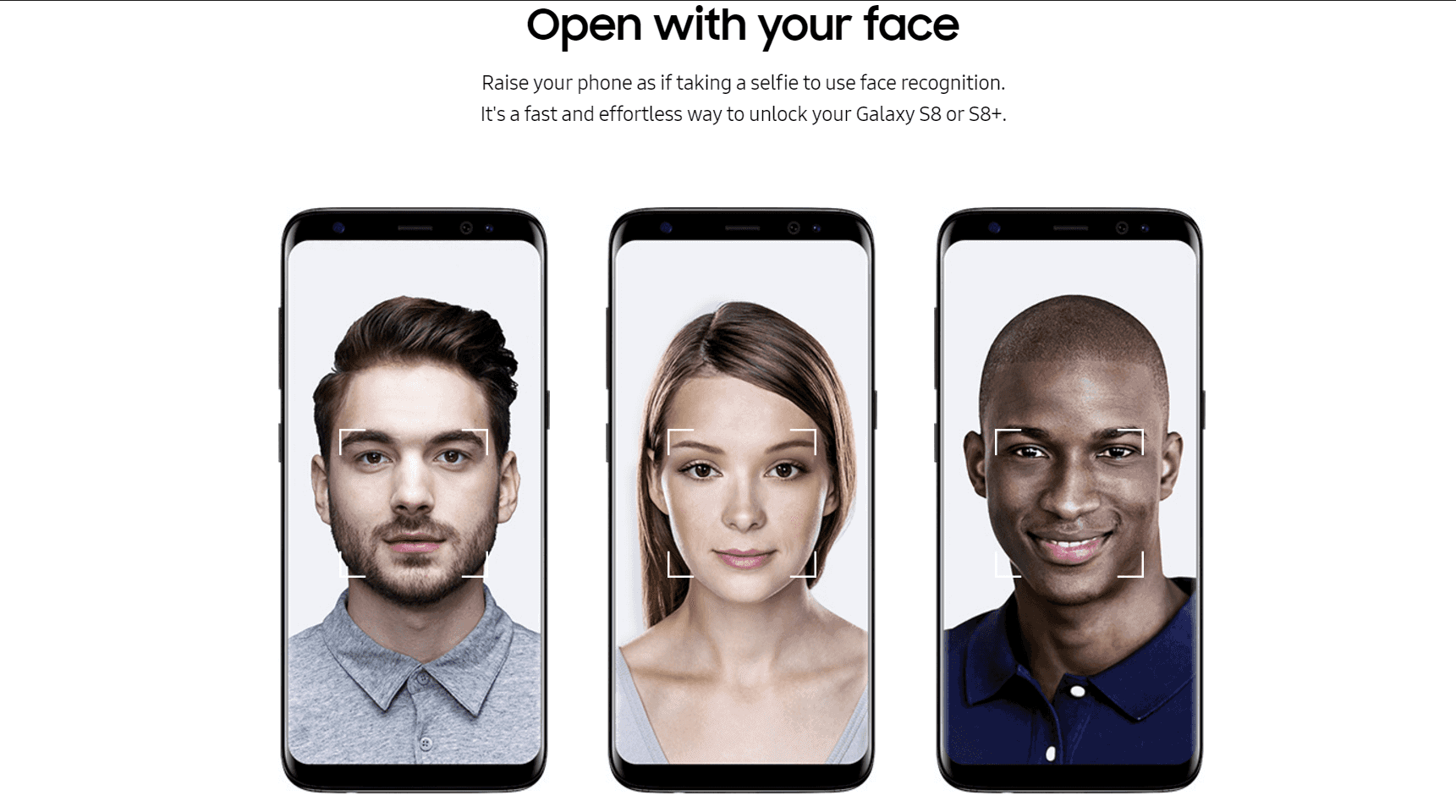 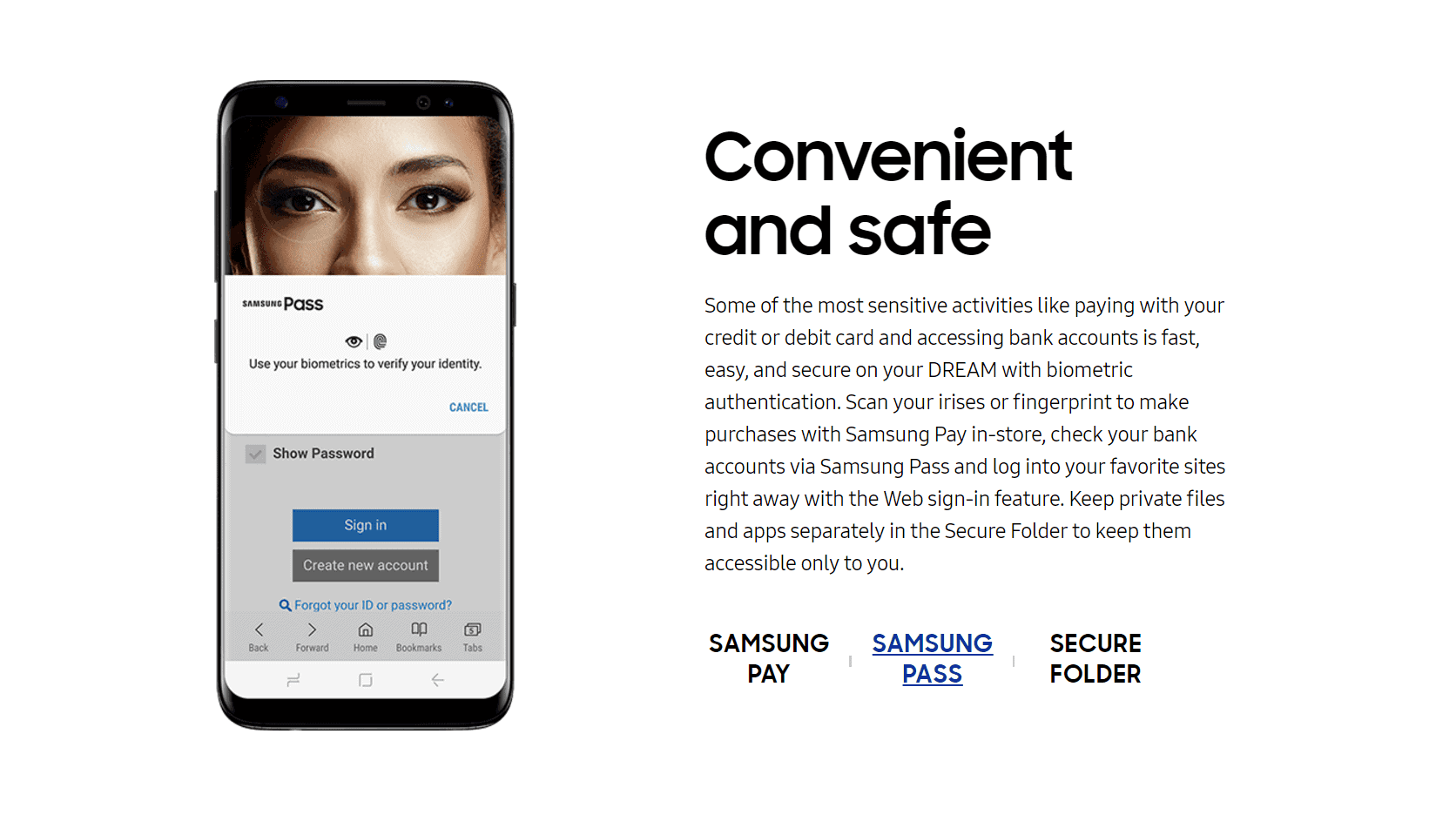 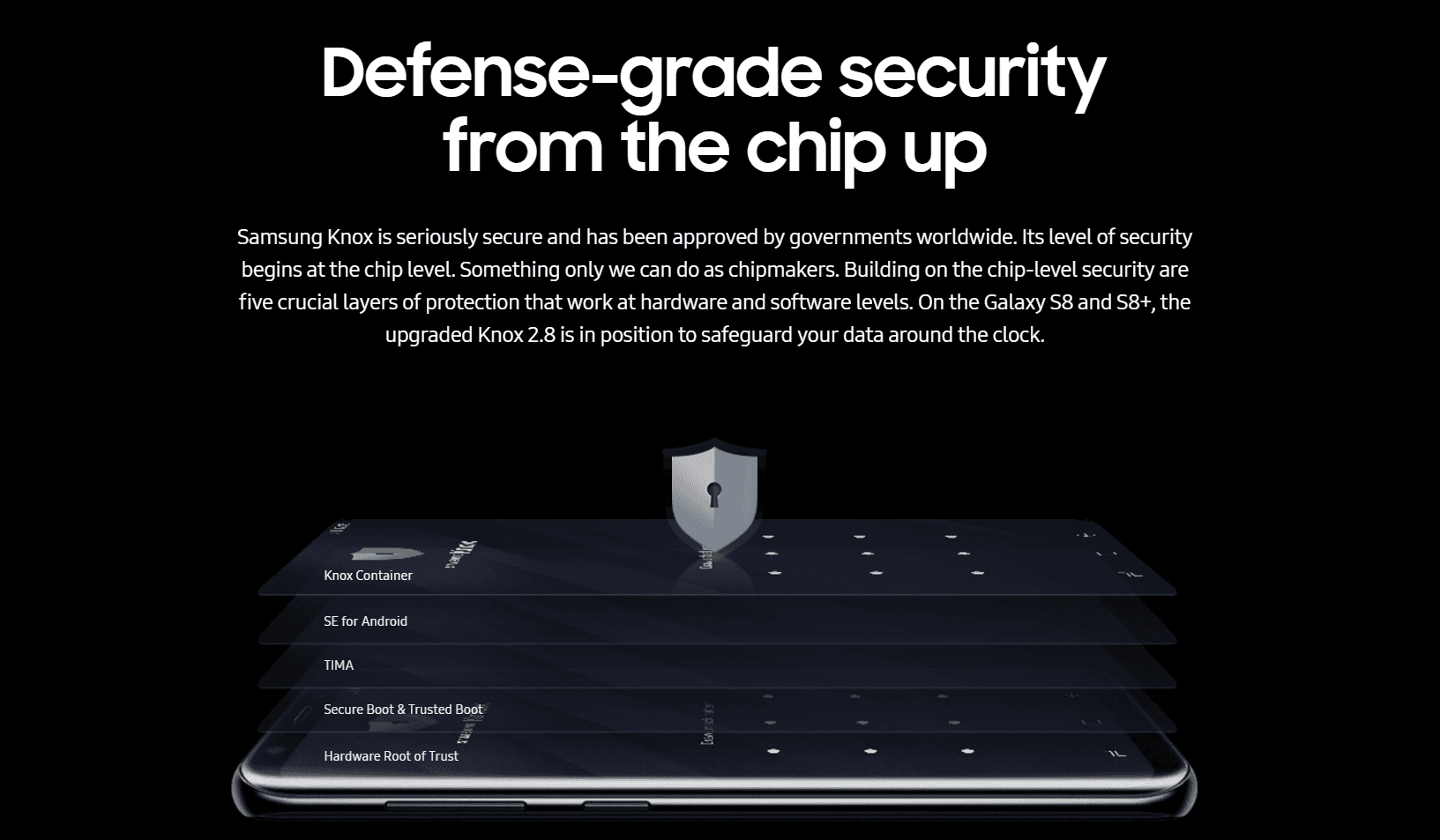