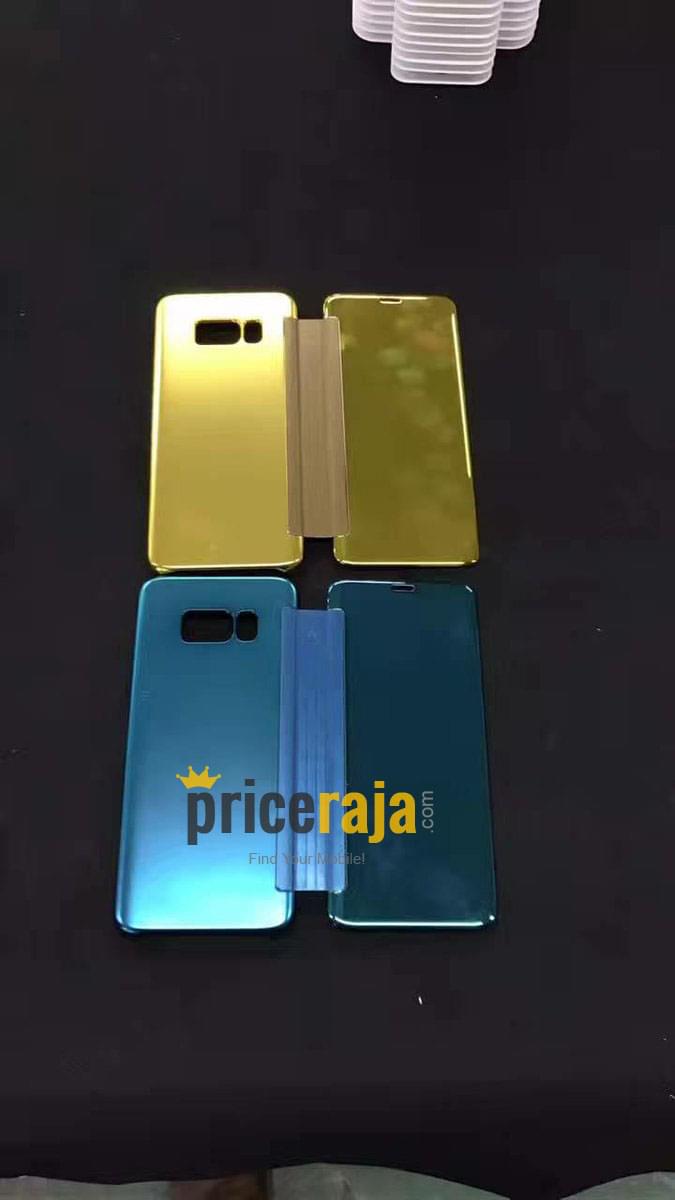 The Samsung Galaxy S8 rumors and leaks are popping up on daily basis at this point, and a new leak has just landed. If you take a look at the provided image, you’ll get to see a flip case for the Galaxy S8, well, an alleged flip case, and that’s pretty much all the info that was provided to us. The two pictured cases come in Gold and Blue color variants, and they’re quite glossy, as you can see.

Now, the cutouts on the back of these two cases are in line with the latest Galaxy S8 rumors, that’s for sure. The main camera is placed in the middle, and is flanked by the dual-tone flash and a heart rate sensor on one side, and the fingerprint scanner on the other. These two cases seem to be regular flip cases, as there is no cutout on the front or anything of the sort. These are probably not Samsung’s official flip cases for the Galaxy S8, not only because there’s no window up front, but because Samsung’s logo is nowhere to be found. Today’s leak join a ton of other Galaxy S8 cases that leaked in the last couple of weeks, and chances are we’ll see a ton more of those before Samsung unveils this smartphone (and its ‘Plus’ variant) on March 29, which is an official Unpacked date, so stay tuned for that.

The Samsung Galaxy S8 will be made out of metal and glass, it will sport really thin bezels, and its display will be curved on the sides. Speaking of which, we’re expecting to see a 5.8-inch QHD (2560 x 1440) Super AMOLED display on the Galaxy S8, while its ‘Plus’ counterpart will probably ship with a 6.2-inch QHD Super AMOLED panel. The Galaxy S8 will be fueled by the Snapdragon 835 SoC in some regions, while the Exynos 8895 will be included in some other regions, like in Europe, for example. Android Nougat will come pre-installed on the Galaxy S8, and the phone will probably pack in 4GB of RAM, but we’ll see. The Galaxy S8 and Galaxy S8 Plus will almost certainly be identical in terms of specs, save for the display size and battery capacity, of course.