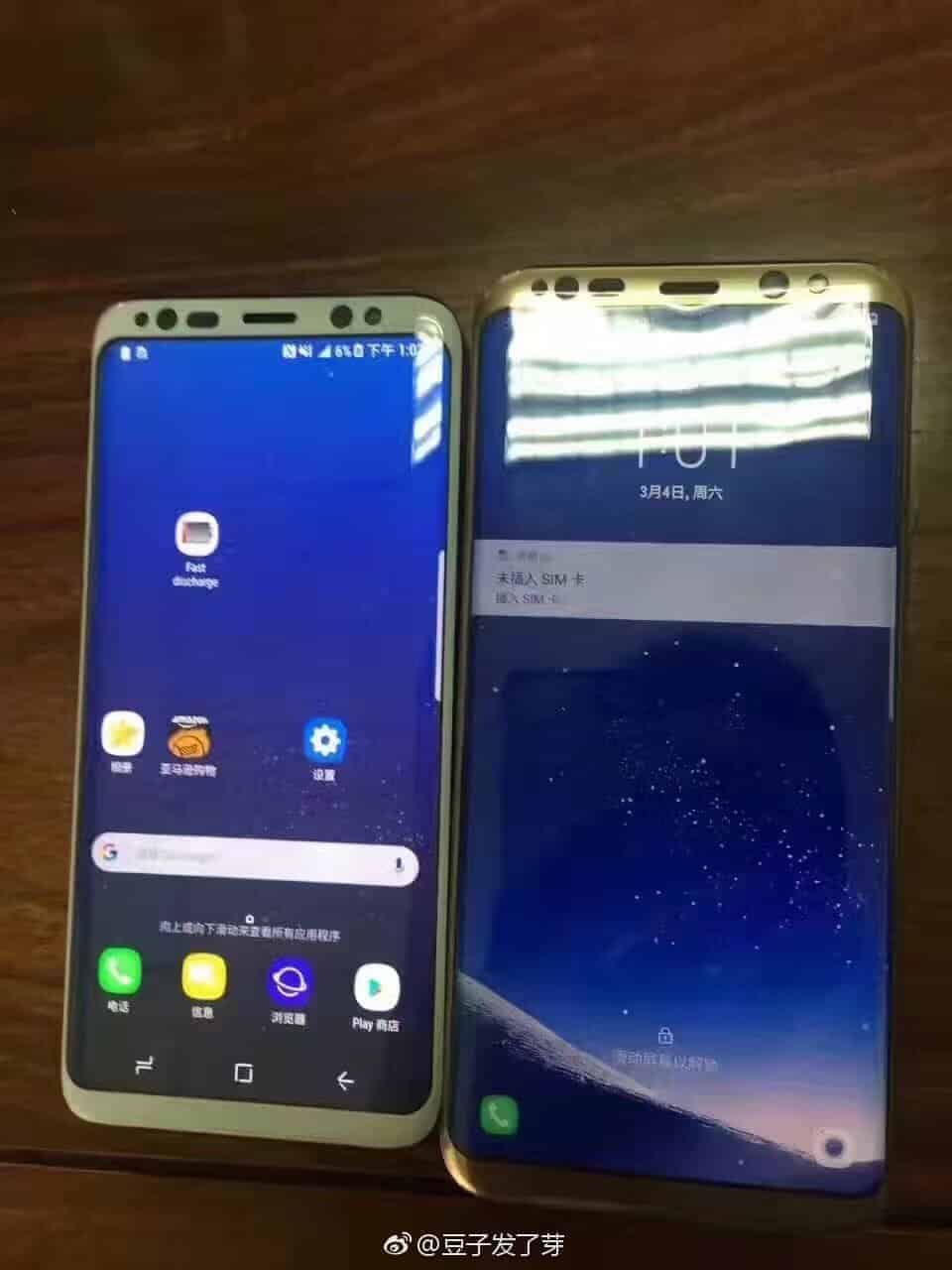 A new real life image of the Samsung Galaxy S8 and Galaxy S8 Plus just surfaced. These two smartphones have been surfacing for weeks now, and we’ve already seen them leak side by side. Well, a completely new image just leaked, and it gives us a really clear look at the two devices. As you can see, the Galaxy S8 is on the left, while its larger sibling is placed on its right side. This seems to be a white color variant of the Galaxy S8, while we’re looking at a Gray model of the Galaxy S8 Plus it seems, though do keep in mind that the lighting is not exactly great, so the colors look a bit odd.

On the display of the Galaxy S8 you can see its home screen, while its on-screen buttons are quite visible here as well, from left to right you can see its overview (multitasking), home and back buttons. The Galaxy S8 Plus shows off its lock screen, while the phone and camera shortcut icons are placed in its left and right corner, respectively, and you’ll probably be able to access them by swiping from left-to-right or right-to-left, depending on the shortcut. These shortcuts will also be customizable in the software, which is also something worth mentioning, and so will the device’s on-screen buttons if a recent rumor is to be believed. As you can see, these two smartphones have really thin bezels all around, and its displays are curved on the sides. The Galaxy S8 and Galaxy S8 Plus will ship with a power / lock physical key which will be placed on the right, and some additional keys which will be placed on the left side of this smartphone, namingly the volume up, volume down and Bixby AI buttons.

The Galaxy S8 and Galaxy S8 Plus will be announced on March 29, Samsung confirmed that during the company’s press conference at MWC 2017. Do keep in mind that the company teased the arrival of the Galaxy S8 and announced its Unpacked event, but pretty much everyone is expecting the Galaxy S8 Plus to land as well. The Galaxy S8 is rumored to sport a 5.8-inch display, while its larger sibling will probably ship with a 6.2-inch panel. The two device will be equipped with Android Nougat out of the box, and their displays will be QHD Super AMOLED panels. We’re expecting more leaks to surfaced before Samsung announces their new flagships, so stay tuned.