The Samsung Galaxy S7 and the Galaxy S7 Edge on Fido and Videotron are now receiving the jump to the latest iteration of Android, i.e. Android 7.0 Nougat. The two Canadian carriers are pushing the update to the Galaxy S7 series on their network and the package is approximately 1.2GB in size. It is being pushed out as an OTA (Over-The-Air) update and users should be receiving a notification prompting them to download and install the latest update in the coming days. However, users who are feeling impatient may opt to manually check for the update by heading to the Settings app and tapping on “About Device.” From there, simply select “Software Update” and you’ll be presented with an option to download and install the aforementioned update if it is already available for your device. The February Android Security Update has also been included in the update package.

Android 7.0 Nougat ships with many new features like an improved Doze Mode and new threaded notifications which allow you to expand app notifications from the notification shade. For example, if you receive WhatsApp messages from five different chats, you may pull down the notification shade and read a specific chat and reply to it. All this can be done without opening the WhatsApp app, though it should be noted that only some apps support this feature. A blue light filter option has also been added to the quick options menu and is useful for people who use their device in the dark. The split-screen mode which was found on the Galaxy S7 and the Galaxy S7 Edge has been improved, as well. On top of that, Samsung introduced a lot of design changes to its UI to complement Android 7.0 Nougat.

Just yesterday, Telus and Rogers started rolling out the Android 7.0 Nougat update to the Galaxy S7 and the Galaxy S7 Edge on their networks. The update being pushed out is meant for units locked to specific carriers and users with unlocked units may have to wait a while longer to receive the same update due to a delay in the rollout. Earlier this year, Samsung mentioned that devices in certain regions will only be receiving the update in the second quarter of 2017. 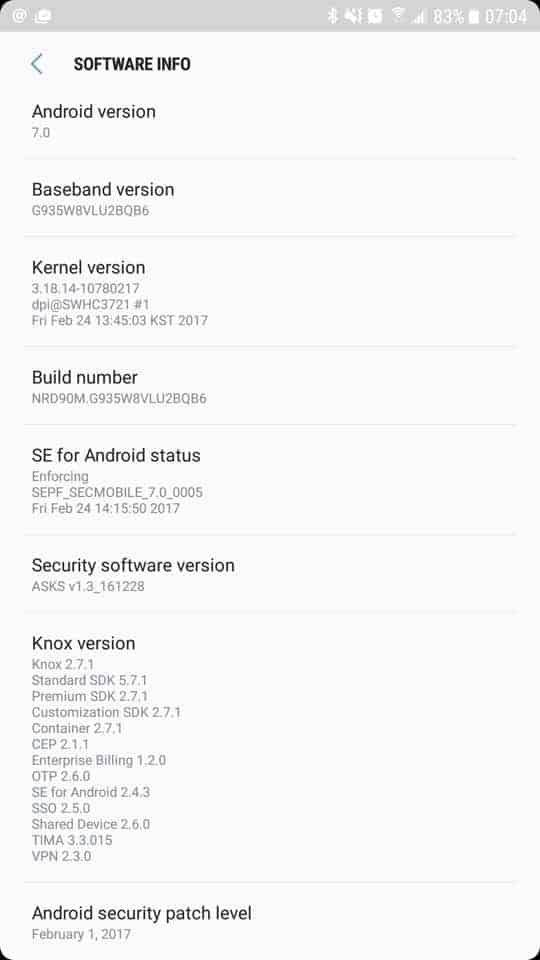