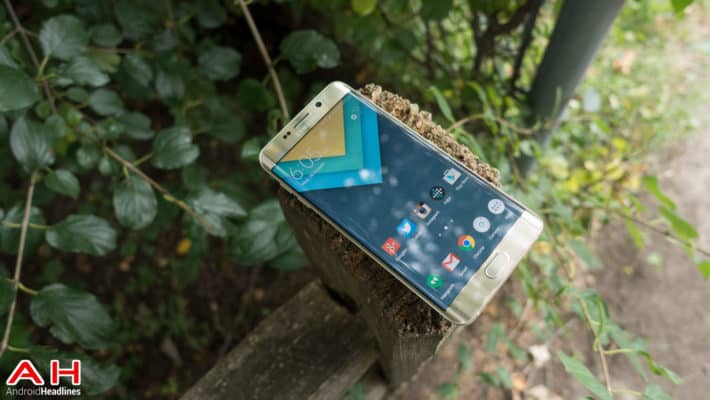 Samsung started pushing out the Android 7.0 Nougat update to the Galaxy S6 Edge+ in Turkey. The package is hitting unlocked variants of the device and is being distributed in a staged, over-the-air (OTA) rollout. OTA updates are a common way for original equipment manufacturers (OEMs) to distribute new software builds to their devices, but being a part of one means you likely won't receive the new update on the very first day of its rollout. On the bright side, you don't need to wait for the update notification to hit your device and can instead always search for a new update manually by navigating to the Settings app on your Galaxy S6 Edge+ and tapping the "About device" option. From there, simply select "Download software updates" and your device will do precisely that provided that a new package is available.

The latest turn of events suggests Turkey is Samsung's new country of choice for distributing first stable Android builds to their older devices. Last Friday, the Seoul-based phone maker started pushing out Android 7.0 Nougat to unlocked variants of the Galaxy Note 5 in Turkey and the update has yet to debut in any other country. Regarding new features, owners of the Galaxy S6 Edge+ can expect to enjoy the new and improved Multi Window and Doze Mode once Nougat hits their handset. Additionally, the new update also debuts a number of performance enhancements that are meant to improve the overall user experience and battery life of the Galaxy S6 Edge+. Provided that the rollout in Turkey goes well and Samsung doesn't uncover any major bugs, Android 7.0 Nougat for the Galaxy S6 Edge+ will likely start rolling out to more countries in the coming weeks. The update itself is approximately 1.5GB in size, so make sure you have enough free space on your device and a Wi-Fi connection before you attempt to install it.

While Samsung's older flagships are currently in the process of being updated to Android Nougat all around the world, the upcoming Galaxy S8 will ship with the latest version of Google's operating system out of the box. Consumers will be able to get their hands on the device next month, shortly after Samsung officially announces it on March 29.