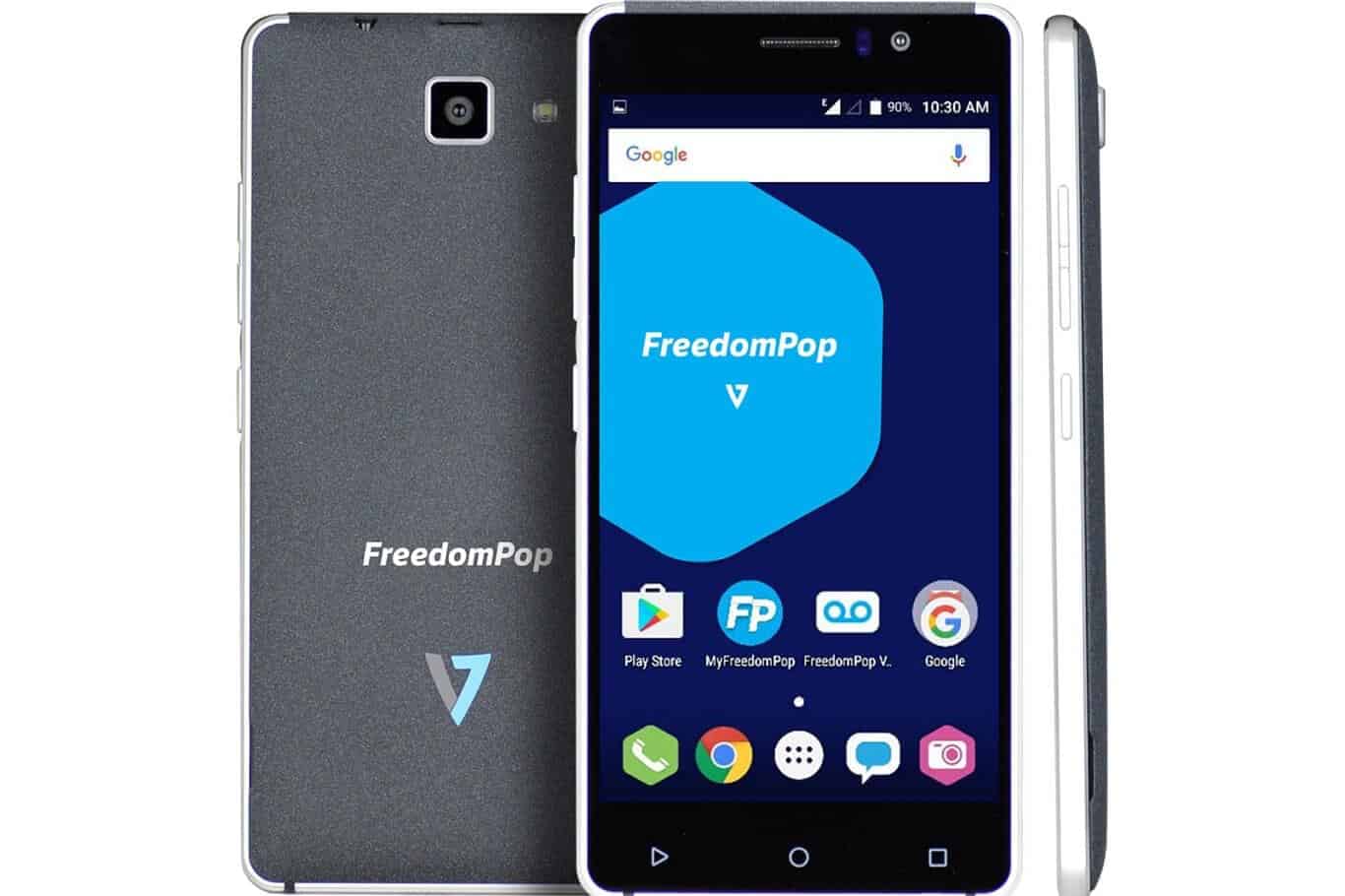 FreedomPop, the mobile virtual network operator, has announced a new budget smartphone, the FreedomPop V7 which has gone on sale today. The virtual operator, famous for offering a completely free, albeit limited mobile plan, has now launched its own budget smartphone with the added bonus of guaranteeing that the plan will be free for life. The FreedomPop V7 will be available for as low as £59 and will be available in physical stores in the UK and Spain, as well as the company’s UK online store.

The FreedomPop V7 offers a 5-inch display along with a 720p resolution. Inside, the device is loaded with 1GB of RAM and is powered by a Qualcomm Snapdragon 210 processor. As well as this, the device comes with 16GB of internal storage, which is also expandable via microSD, features a rear-facing 13-megapixel camera, and a 5-megapixel selfie sensor. In addition, the FreedomPop 7 runs Android 6.0. (Marshmallow) out of the box. Design-wise, the device is far from being anything special. It features pretty large bezels on either side of the display, as well as three capacitive navigation buttons underneath the display. On the rear and sides though, the device features an aluminum frame, giving the device a slightly more premium feel, and presumable, more durable build.

FreedomPop has confirmed that the device will be available in limited quantities, and it is unclear whether the company will be releasing any further smartphones in the near future. In the meantime, the device is likely to boost interest in the company and its free mobile plan, which offers 200mb of data, 200 texts and 200 minutes for free. The company does however, offer four other “premium” plans and the price of those plans start at £4.99 and end at £19.99 per month. In any case, the FreedomPop V7 does support dual-SIM, so it appears the company is open to its customers using other network providers aside from its own. It remains to be seen how well the device will sell and especially if the device is only available in limited quantities, but if you are interested in picking one up, head through the link below.