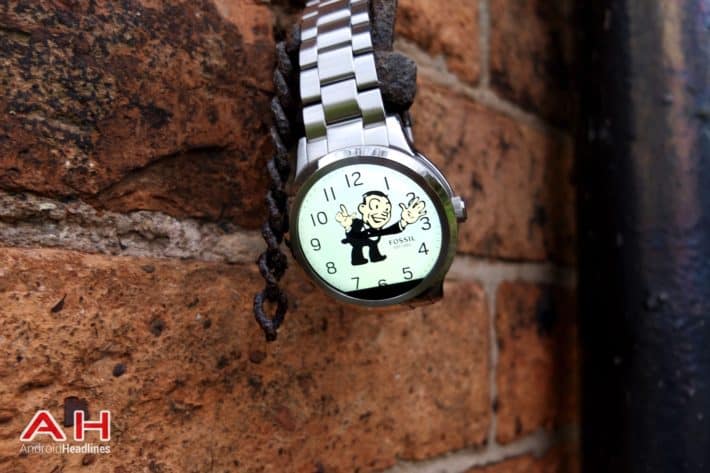 Fossil is already updating watches to Android Wear 2.0, but before users get too excited this is just for the first generation watches so far. The good news is that Fossil is also looking to finalize the Android Wear 2.0 software update for users on remaining watches that are scheduled to get it (which all of their existing Android Wear watches) on March 15th, which is tomorrow. That being said, although Fossil is looking to update remaining watches tomorrow, it's still possible that some users may not get the update, but all users should end up seeing the new software by or before the end of the week.

With Android Wear 2.0 Fossil users will get access to a number of new features, like the standalone Play Store on the watch so they install applications directly to the watch, as well as Google Assistant, new customization options for watch faces as well as new watch faces, and more. Unfortunately none of the existing Fossil Android Wear devices have NFC built-in so Android Pay will not be an available feature, which means those users will still have to pull out their smartphones to complete payments using Android Pay.

Notifications on Android Wear 2.0 have also been tweaked and will now require users to tap on a notification card that pops up to get more information about it, while swiping it out of the way left or right will get rid of the card altogether. Swiping left on the home screen also takes users to a favorites list of watch faces so it can be quicker to switch out to a new watch face and a new style if you feel yourself getting bored of the current watch face you're using. Fossil is not the only manufacturer to confirm the time frame for the Android Wear 2.0 update, as Huawei noted that it will be heading to the original Huawei Watch sometime this month, and Nixon has confirmed that they will be updating the Mission smartwatch to Android Wear 2.0 this month as well. Additionally, TAG Heuer will begin updating the Connected by the end of this month too, so a number of devices are slated to get it before April.