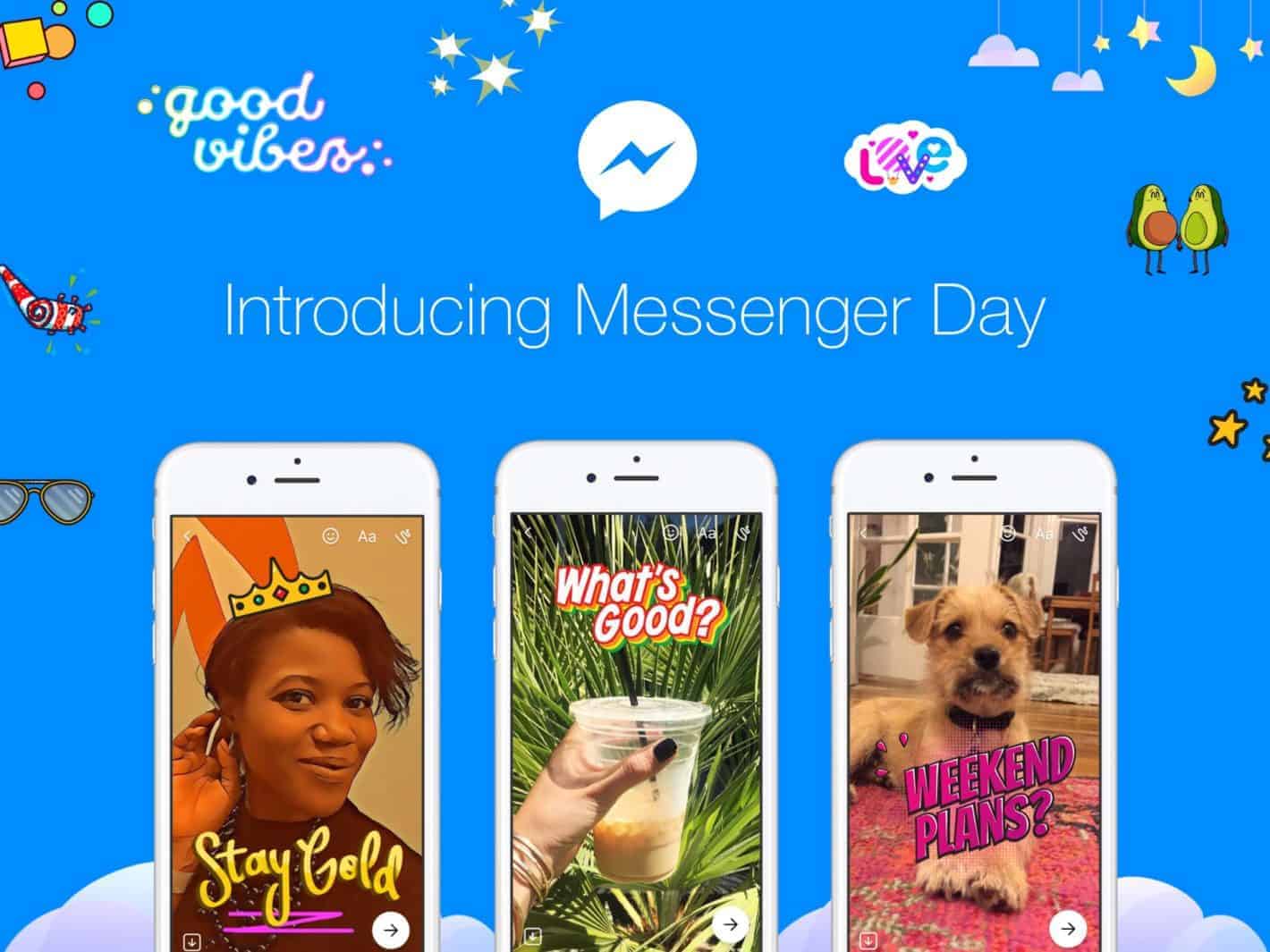 Facebook started pushing out the Messenger Day feature of its popular instant messaging (IM) app worldwide, the Menlo Park-based social media giant announced on Thursday. The Snapchat-inspired feature allows people to share small moments from their everyday lives and enhance them with a variety of filters, stickers, and live masks. The feature is an extension of Messenger's built-in Camera functionality that Facebook says has already been used for sending billions of photos and videos all around the world. To build on this functionality, the company started working on Messenger Day, an in-app platform that allows users to temporarily share their recordings with other people on Messenger. All content shared using Messenger Day disappears after 24 hours, meaning the feature works as an in-app version of Snapchat.

Facebook said that millions of users around the globe have already embraced Messenger Day, which apparently prompted the company to roll out the functionality worldwide. The firm initially started testing Messenger Day in Poland last fall and expanded its availability to Australia and a number of other countries in recent months. The new functionality is being rolled out as an update to Messenger so it may be a while before it's available for download in your territory. Once the app downloads the update from the Google Play Store, you'll be able to access Messenger Day by tapping on the camera icon that Facebook highlighted with a small sun to commemorate this release. This will activate the in-app camera functionality and let you record and share ephemeral photos and videos. Alternatively, you can tap the button located on the top of your inbox to access the same feature.

The global availability of Messenger Day marks another step in Facebook's endeavor to turn its popular IM app into a fully fledged social network that people can use even if they're not on Facebook. The company recently introduced a number of new Messenger additions ranging from chatbots and mini-games to social features and in-app shopping. As Facebook's push to make Messenger more than just a messaging app continues, more similar features are expected to be integrated into the app in the future.