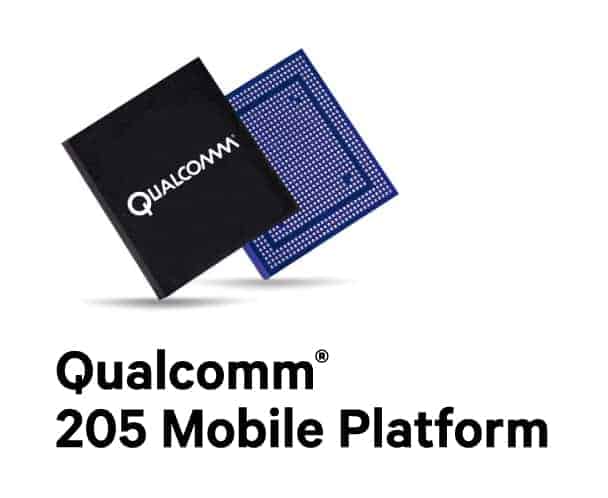 Semiconductor manufacturer Qualcomm Technologies announced the Qualcomm 205 Mobile Platform, a new entry-level system-on-chip (SoC) that officially launched in India today. The 4G LTE-enabled chip was designed for contemporary feature phones that still account for approximately 20 percent of global handset sales, Qualcomm said, citing a recent study conducted by the International Data Corporation (IDC). By launching the Qualcomm 205 Mobile Platform, the San Diego-based company is hoping to address the needs of wireless carriers in emerging markets that are currently in the process of transitioning their users from 2G and 3G networks to 4G solutions. The newly launched chip is the first addition to the Qualcomm Mobile brand that the U.S. chip maker announced last week. First smartphones powered by the Qualcomm 205 Mobile Platform are expected to hit emerging markets in the second quarter of the year.

The integrated X5 LTE Model allows the Qualcomm 205 Mobile Platform to support upload speeds of up to 50Mbps and download speeds of up to 150Mbps. The chip also features support for Bluetooth 4.1 and 802.11 b/g/n wireless standards. Other notable features of the SoC include VoWi-Fi and VoLTE support, as well as the Adreno 304 GPU compatible with the OpenGL ES 3.0 application programming interface (API). General processing will be handled by a dual-core CPU running at a frequency of up to 1.1GHz. The chip will support front and rear cameras, HD video streaming, and dual-SIM devices, Qualcomm said, noting how its latest SoC was "built for more than calling." The Qualcomm 205 Mobile Platform also features a Linux-based operating system and support for all widespread cellular technologies like HSPA+, GSM, TD-SCDMA, and DSDS. The chipset will be available in variants equipped with either LPDDR2 or LPDDR3 RAM clocked at up to 384MHz and use the embedded MultiMediaCard (eMMC) storage standard.

In addition to its versatility, the U.S. company also boasted about the efficiency of the Qualcomm 205 Mobile Platform, saying that the devices powered by its new entry-level chip will be able to run for days on a single charge. The SoC will allegedly allow for over 20 hours of talk time, 86 hours of music playback time, and more than 45 days of standby time. As the Qualcomm 205 Mobile Platform is scheduled to be commercialized by mid-2017, new details on the upcoming devices powered by the chip are bound to follow this spring. In the meantime, you can find out additional information about the SoC by referring to the gallery below.